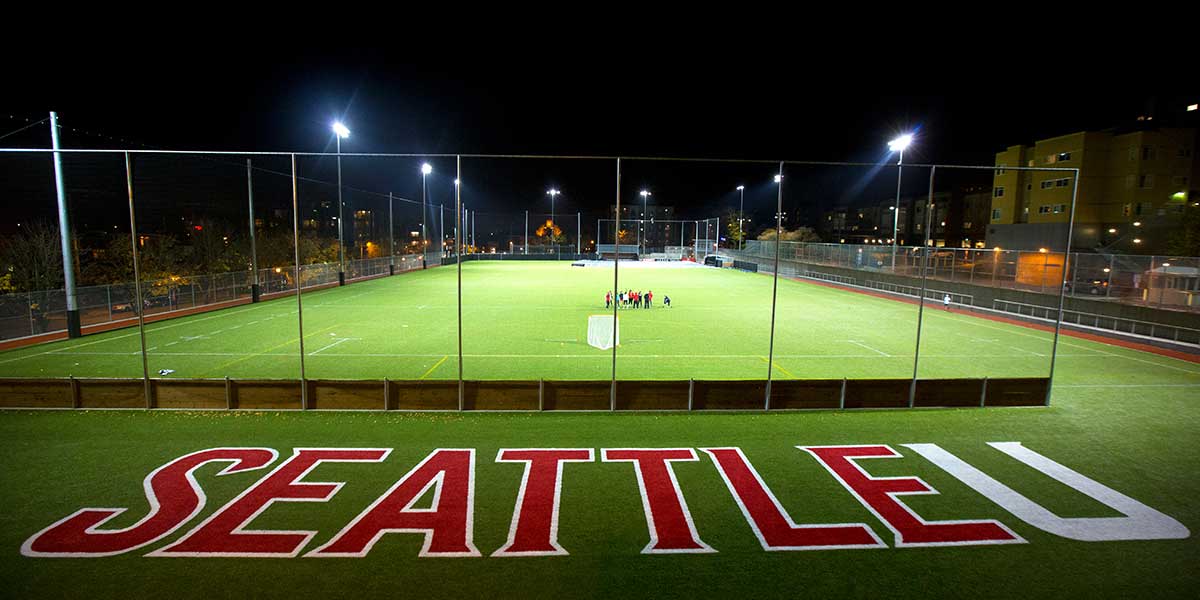 Seattle University will be a venue for the 2018 Special Olympics USA Games, which take place July 1-6.

With more than 4,000 athletes and coaches from all 50 states descending upon the Seattle area for the six-day competition in 14 Olympic-type team and individual sports, SU will play host for all the soccer matches and a number of basketball games, welcoming 260 athletes, 1,000 family members and 2,000 spectators to campus. SeattleU will house more than 100 support staff in its residence halls, feed nearly 500 staff, coaches, officials, and athletes as well as operate concessions out of Championship Field.

The 2018 Special Olympics will celebrate the movement’s 50th anniversary, promote the ideals of acceptance and inclusion through sport and showcase athletes from throughout the U.S. and the abilities of people with intellectual disabilities.

“Seattle University is honored and thrilled to assist in hosting the 50th anniversary of the Games,” said President Stephen Sundborg, SJ. “The very same ideals espoused by the Special Olympics—accepting, including and empowering people with intellectual disabilities through sport—are consonant with who we are and aspire to be as a university.”

The Games will also put a spotlight on SU’s excellent athletic facilities, including the award-winning Championship Field, as well as SU Park (pictured) and the Redhawk Center, which both have been significantly renovated in recent years.

In addition, Julie Woodward and Peter Fewing, head coaches of our women’s and men’s soccer teams, respectively, as well as musician Duff McKagan who attended graduate school at Albers, will serve as ambassadors for the Games. Rich Schreiner, women’s soccer associate head coach, is the soccer sports commissioner, and Elliot Mar, director of operations for women’s basketball, is the basketball commissioner for the Games.

“I feel very honored and privileged to have been asked to be an ambassador for the 2018 USA Games,” Woodward previously shared with GoSeattleU. “I am looking forward to my involvement and assisting in any way possible. Special Olympics is such a wonderful organization that brings so many people together. They provide a wonderful environment for Special Olympic athletes to not just exercise but participate in athletics to help gain self-esteem, confidence and independence while raising community understanding of people with disabilities. This is going to be an amazing event and I'm thrilled that our state will be hosting the 2018 USA Games.”

Fewing said: “This is an incredible opportunity for Seattle University to provide the 2018 Special Olympics USA Games and community with a competitive environment for some of the top athletes in the world,” said Fewing. “I am truly grateful and humbled to have been asked to be an ambassador for such a fantastic event. The Games are a representation of competition, sportsmanship, community, and commitment and I am excited to serve the mission of Seattle U in the tradition of the Special Olympics USA Games.”

Sustainability and carbon-neutral games are key goals of the Special Olympics USA. SU’s Center for Environmental Justice and Sustainability (CEJS), SU’s Recycling Shop, faculty and students in the Sport Sustainability and Leadership Certificate program, and volunteers have key roles to educate about and promote green strategies such as waste minimization and diversion. CEJS and the Recycling Shop provided guidance to the organizers for signage and the “sustainability passport” that will be used during the Games by athletes and their families.

Volunteers needed: If you are interested in helping with the Games, please contact Kaily Serralta at serralta@seattleu.edu.

“These Games are expected to be the most significant sporting event to come to Seattle since the 1990 Goodwill Games and in addition to hosting a world-class sporting event, we hope to leave a legacy of increased awareness and support for Special Olympics here in Washington long after the Games are over,” said Beth Knox, president and CEO of the 2018 Games.

ESPN will cover the July 1 opening ceremony at Husky Stadium, beginning 12:30 p.m., and provide nightly programing during the Games.

For more information and coverage of the Games, visit 2018 Special Olympics USA and The Seattle Times.