Lessons from the Forefront 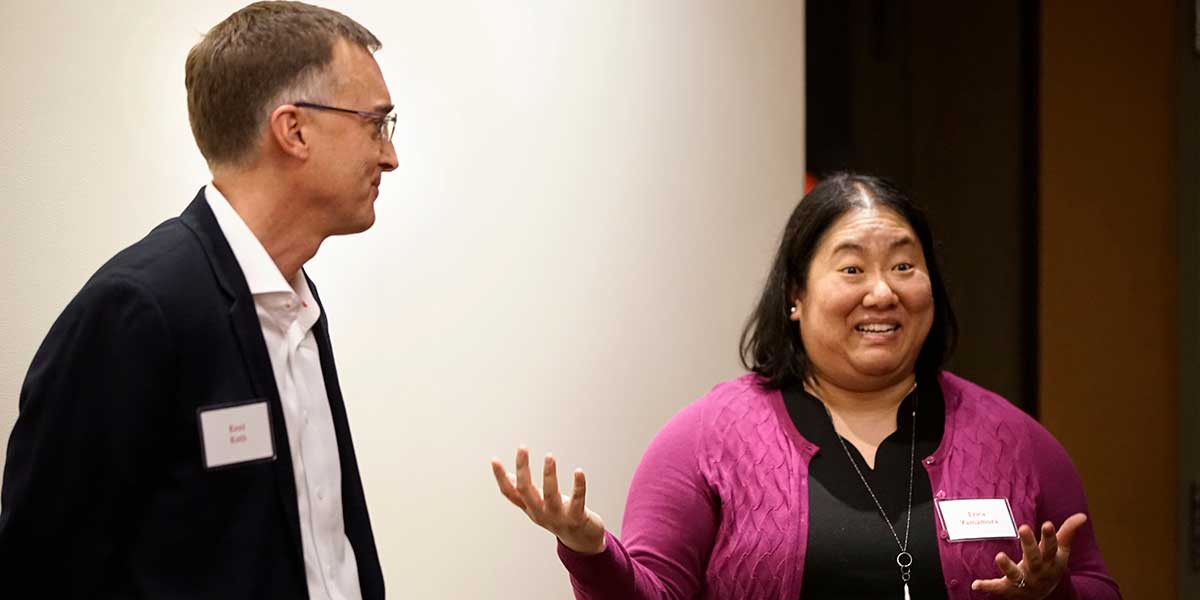 Universities contemplating a deeper engagement with their immediate neighborhoods and communities now have a useful resource thanks to a new book coauthored by Kent Koth and Erica Yamamura.

Place-Based Community Engagement in Higher Education: A Strategy to Transform Universities and Communities follows five universities through the process of exploring, developing, launching and sustaining formalized partnerships with their communities, highlighting common experiences and lessons learned. 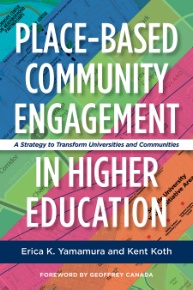 The book, Koth explains, examines “how place-based learning changes the institution and the community” while identifying “ingredients for success” for universities looking to launch similar initiatives.

It’s a subject that could not be more in the wheelhouse of Koth, executive director of the Center for Community Engagement, and Yamamura, associate professor in the College of Education’s Student Development Administration program. Koth has led the Seattle University Youth Initiative (SUYI) from its earliest days as a concept, to its launch in 2011 and through its continued development and growth. Yamamura has long been involved in service-learning—a central component of projects like SUYI—first as a participant during her college years, and later in academia, as a researcher. In Place-Based Community Engagement in Higher Education, Koth’s experiences as a practitioner and Yamamura’s work as scholar combine to create a rich analysis that is at once grounded in social science and user-friendly.

Faculty and staff are invited to celebrate the launch of Yamamura’s and Koth’s new book from 5 to 7 p.m. on Wednesday, Nov. 7, in the Popko Lounge of the Lemieux Library. Click here for more details.

“As a faculty member, this book is a great example of my identity as an engaged scholar where my teaching, research and service intersect,” says Yamamura. “I have used project-based learning with SUYI in my graduate courses (teaching), utilized my research skills in serving as the lead methodologist for the book and I have provided professional development with SUYI as part of my service.”

The book has earned early praise. “(Place-Based Community Engagement in Higher Education) is particularly welcome because it provides universities with both the theory and practical logistics for pursuing community-based work,” writes Geoffrey Canada, in the foreword. “This book invites universities to pursue deeper and more powerful partnerships with the communities around them, helping to create a comprehensive strategy for changing the odds of disadvantaged children as we have done in Harlem.” (Canada is president of the Harlem Children’s Zone, which helped inspire SUYI; he received an honorary doctorate and spoke at SU’s commencement in 2016.)

In addition to SUYI, the authors studied place-based initiatives at Drexel University (Philadelphia); Loyola University Maryland; San Diego State University; and University of San Diego. “There were clear patterns in the experience of each institution in each phase of the process,” Koth says.

Asked about the lessons learned by institutions that have developed place-based community engagement initiatives, Koth points to three. First, a university must “spend a fair amount of time listening to make sure its plans align with the community’s hopes and dreams, and capacities and needs.”

Second, he says, is the “need for leadership at every level, both at the university and in the community,” adding that the leadership and support of SU’s President Stephen Sundborg, S.J., has been integral to SUYI’s success.

The third lesson is that “context matters a lot,” says Koth, pointing to the unique factors—geographic and otherwise—that influence an institution’s approach to community engagement. “Our work at SU looks different from that of the Drexel University, for instance.”

The idea for the book emerged as Koth and Yamamura began working together on service-learning. At the same time, SUYI was increasingly being looked to as a model for other universities, and the duo saw an opportunity to share information on what worked and lessons learned in building such partnerships. After collaborating on two white papers, they sought to expand on their work, and Yamamura’s sabbatical in 2016-2017 provided just the window they needed to undertake the book. They spent that academic year visiting the four other campuses and completed the writing in July 2017. Koth says the project “started out more research-based but, interestingly, what resulted was a book that is a little more oriented toward practitioners.”

“Higher education must be innovative to thrive in times of economic and social change,” adds Yamamura, “and place-based community engagement allows us to do high-quality partnership work in a time of racial discord and economic shifts.”

“I am grateful for the overall commitment of Seattle University for pursuing something like the Youth Initiative,” says Koth, who also singles out Jim Sinegal, Costco co-founder and former SU trustee, as well as the Annie E. Casey Foundation for supporting the university’s community engagement efforts.

Echoes Yamamura, “We are thankful to our colleagues and partners, in particular, community partners who inspire us on a daily basis.”