The following post by Joe Phillips, dean of the Albers School of Business and Economics, originally appeared in his blog.

The Albers School of Business and Economics held a ceremony on Nov. 16 to recognize our new endowed professors and chairs for 2018-19. Endowed chairs and professorships are a particularly important resource for a business school to have. They are a valuable tool for attracting and retaining outstanding faculty. If Seattle University and the Albers School are to attain our aspirations for academic excellence, we can only do so with a strong portfolio of endowed chairs and professorships.

The Albers family was a generous supporter of Seattle University, and to honor that support our school was named the Albers School in the early 1970s. In 2001, we received a generous endowment gift from the estate of Genevieve Albers which among other things created the Albers Professorships. It was George Albers who founded a successful food processing business that was sold to Carnation, and then bought by Nestle. The Albers brand was sold by Nestle to Continental Mills, a Seattle-based firm that uses the brand today for corn meal and grits. 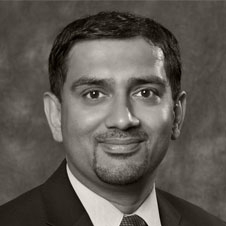 At our ceremony, we installed Professor Matt Isaac (right) as the sixth holder of the Genevieve Albers Professorship. The professorship is a three-year appointment awarded for excellence in teaching, research and service.

We also installed Professor Claus Portner as the 17th holder of the Robert D. O’Brien Endowed Chair in Business. The O’Brien Chair is a two-year appointment that rotates among our full-time faculty. The appointment is made on the basis of the recipients record in teaching, research and service, as well as a proposal on how to best use the resources of the endowed chair. 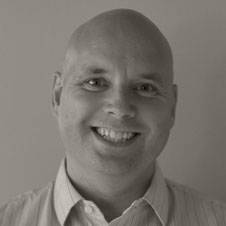 Claus has served on CAPCOM, is on the Office of Sponsored Research Advisory Board, and on Department Faculty Search Committees.

Congratulations to Professors Isaac and Portner on their appointments to these endowed positions!