From cannonball to canonization 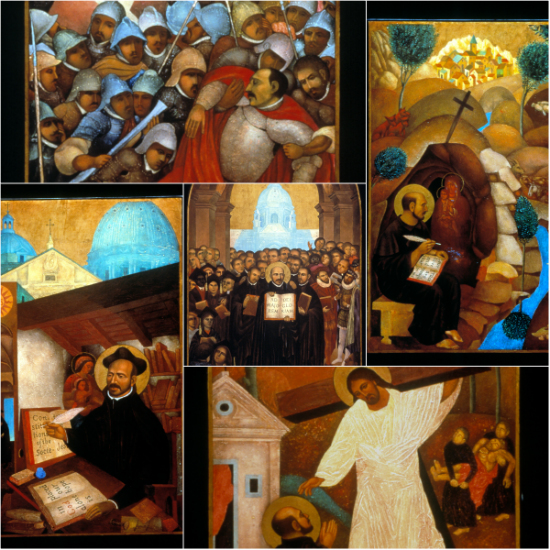 Seattle University will join other Jesuit institutions worldwide in celebrating the Feast of St. Ignatius Loyola on Tuesday, July 31.

Honoring the founder of the Society of Jesus (a.k.a. the Jesuits), the feast day will include a special Mass on campus at 12:30 p.m. in the Chapel of St. Ignatius. Tom Lucas, S.J., rector of the Arrupe Jesuit Community will preside; all are invited to attend. Earlier in the morning, faculty and staff will gather for a continental breakfast hosted by the Jesuits at the Arrupe Residence.

Feast days are typically celebrated on the dates of saints’ deaths. St. Ignatius passed away July 31, 1556. He was canonized—that is, made a saint—by Pope Gregory XV in 1622.

Born in 1491, in today’s Basque Country, Spain, Ignatius embarked on a spiritual journey after being injured by a cannonball in battle, eventually forming the Jesuits. Today, he is known for the international educational system the Jesuits founded, The Spiritual Exercises he authored and much more.

The Jesuits’ website refers to Ignatius as “a different kind of saint,” quoting noted Jesuit historian John O’Malley, S.J.: “Ignatius redefined the traditional basis of saintliness” in making sure the early Jesuits were getting out into the world, including secular spaces such as classrooms.

An overview of St. Ignatius by James Martin, S.J., can be found here.

(Pictured: Icons depicting the life of St. Ignatius as installed in the chapel bearing his name on SU's campus.)