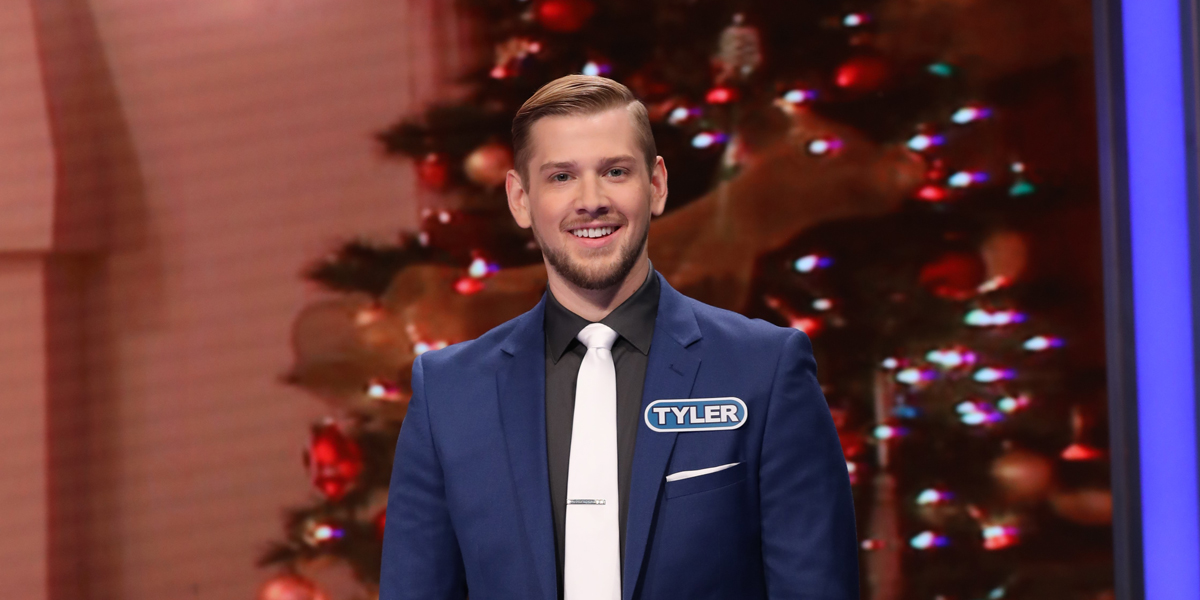 Civil engineering graduate takes his dream for a spin. 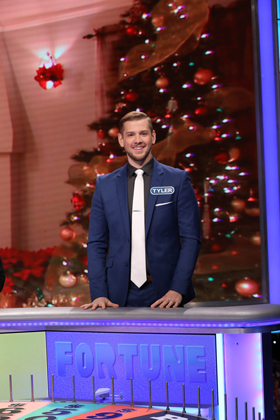 If you tuned in to watch “Wheel of Fortune” on Thursday, Dec. 13, you would have seen an SU alumnus not just compete, but make it all the way to the bonus round. You would have even seen him squeeze in a “Go, Redhawks!” plug during the interview segment.

For Tyler Daniels, a 2015 graduate with a degree in civil engineering and a minor in mathematics, appearing on the Wheel was the fulfillment of a lifelong dream. Actually, it was a dream the Tacoma native shared with his mom, Lori. Their fandom led them to a “Wheelmobile” event at Emerald Queen Casino in the summer of 2017. The two Wheel Watchers had hoped to appear together as contestants on a future “Family Week” episode, and after a second audition in Seattle, they learned they were entered in the pool for a chance to compete on the longest-running syndicated game show in the United States.

Sometime later Daniels would get a call from the producers asking if he and his mom were willing to split up as there were no plans to film a “Family Week” anytime soon. Daniels was torn. “I was hesitant and said that I would of course have to ask mom first,” he says. “She agreed that we both would be happy either way and the goal was for at least one of us to get selected for the show.”

Months went by without any further word from the Wheel. “I had kind of let it go to the back of my mind as this summer was incredibly busy for me,” Daniels says. But then, “Fast forward to October and I got a call. I saw Culver City, Calif.—which is where the show is taped—on the caller ID and I just knew ‘This is it!’”

Sure enough, it was the Wheel calling to invite Daniels to compete during the “Secret Santa Holiday Giveaway” week. Tyler called his mom first. They celebrated and then booked their flights.

Daniels proved himself a worthy contestant, solving three puzzles on his way to victory: "Rudolph’s Red Nose” for $1,000; “Winning Quarterback” for $4,750; and “Colorful Ports and Harbors” for a trip to Curacao valued at $9,100.

For the bonus round, he chose the category “Food and Drink” and was left with a thankless smattering of letters: “_O_LE_   C_ _ _ _ _E.” Daniels was understandably stumped, and famed letter-turner Vanna White revealed “Boiled Cabbage” as the correct answer.

And yet, while a solution to the final puzzle may have eluded him, Daniels says the experience is one he will not soon forget. “Getting the chance to be a part of the legacy of the Wheel of Fortune that so many only dream of getting the chance to do—being a part of the production, watching how they film and seeing everything that goes on behind the scenes, meeting (host) Pat (Sajak) and Vanna, spinning the wheel—was amazing!”

But there was more. “The other dream I had was to get to the bonus round and ask Pat to take my hand as we walked to the markers. Traditionally Pat only does this with female contestants, and I have only seen two other episodes where a male contestant asks Pat to do it...I checked it off my bucket list!”

As for the wheel itself, Daniels says, “It is definitely heavy and takes some power to get it going. You have the ability to alter the amount of force you put into it but they tell you to give it a full spin every time.”

He says that being able to share the experience with his mom, sister and partner made it all the more special. Daniels is especially grateful to his mom. “She is an amazing woman and I thank her for everything. She means the world to me!”

He looks back fondly on his time at Seattle University. “After meeting with Dr. T (Professor Phil Thompson), I was sold on pulling the trigger on civil engineering as a major, and after the spring open house, my parents and I were both sold on the school as a whole.

“The civil engineering program focuses on getting students real-world, hands-on experiences, and I have seen firsthand how that experience has benefited me in the work force,” says Daniels, who was also highly active in the Residence Hall Association during his SU years.

“All of these experiences helped me become a more outgoing, collaborative and prepared person for my future. I owe my success as a person, both personally and professionally, to some of the most amazing faculty at SU.”