Favorite Stars in a Galaxy of Love 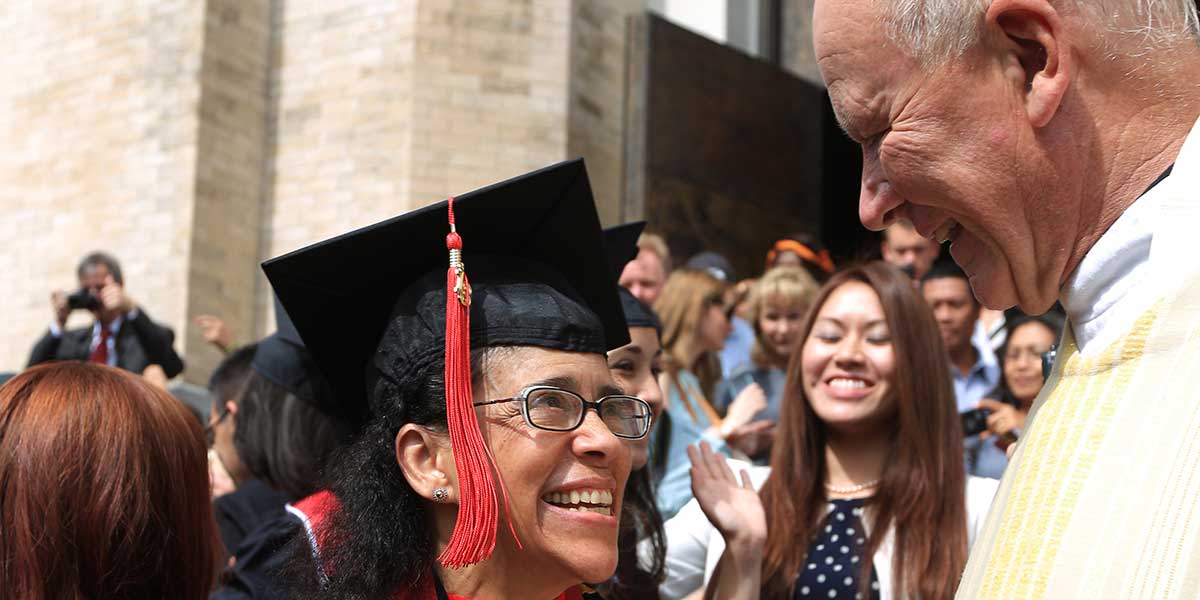 Our reading from Romans and the Gospel of John are precisely a description of the life of Gary Chamberlain. His love was “genuine and he held fast to what is good.” He embodied the Gospel of John:  he was all about “loving others, as God had loved him.” He probably wasn’t even aware of what a loving person he was. But that phrase of “loving others” genuinely and steadfastly describes the heart of Gary better than almost any other text could.

The gospel continues: “This is my commandment, that you love one another as I have loved you. No one has greater love than this, to lay down one’s life for one’s friends.” That love, those friends, are possible because God has first loved us. Sharon describes Gary as a kind, generous and loving man. Always supportive. He poured out his life for his friends.

And Gary had friends in abundance. They came early and often. He was easy to be with. A good listener and an open heart. So it seems evident, likewise, that he was God’s friend.

Some of this dynamic of love may have come from his being an only child. Someone with a childhood like Gary’s might have been more reserved, quieter, less social. Not Gary. He was calmly exuberant. His friends became his enlarged family. He had a host of brothers and sisters.  Men friends, women friends, colleagues galore and students with whom he stayed in touch for years. Many of you have told me how welcomed he made you feel when you first arrived on the Seattle U campus. He was the ambassador of hospitality and hope.

Was anyone ever more involved with initiatives, projects, student trips, immersion experiences than Gary Chamberlain? For years he pushed for a strong service learning program—facing into the counter winds of administrators who rebuffed him. For years he took students to Belize and he arranged a significant rotation for our nursing students there. He hunkered down and traveled with students and Joe Orlando and others to Ft. Benning Georgia to protest the School of the Americas and its training of the violent, rogue paramilitary in Latin America. He regularly not only taught, but mentored students in ecology and theology, so that he also had piles of recommendation letters to write.

To be with Gary was to enjoy a feast of activity and ideas and continuous conversation. So the second descriptor for him surely has to be Isaiah’s vision of the holy banquet on the mountain top: “On this mountain the Lord of hosts will make for all peoples a feast of rich food, a feast of well-aged wines”….To be with Gary was to be a guest at a banquet of ideas and small acts of kindness and care. The moving hymn from Madame Butterfly, played at the beginning of Mass, is a reminder that Gary traveled to Japan three different times and studied Japanese so that he could directly engage the people.

Most of all, Gary had a gargantuan appetite for social justice.

In his new book on a theology of water, just published a month ago, he relates how he came across Catholic Social Teaching during his Jesuit training in St. Louis University, and then how he taught it when he was in Jesuit formation and teaching high school. It became his passion and endured throughout his life. He and Father Dave Leigh partnered every summer to give a course to faculty in Catholic Social Teaching. For Gary, and for the Lord God, the feast is for everyone; not just the chosen rich, but, most of all, for the poor and marginalized. Gary lived the preferential option for the poor. He had a big heart for the troubled, the downcast, those otherwise left out.

He and I, along with others, partnered to form the Faith and Justice Initiatives on the Seattle U campus 1996-2000. Thereafter, social justice became a hallmark of Seattle University. Much earlier in the late 1980s, during the oppressive Vatican investigation of the ministry of the saintly Archbishop Hunthausen, certainly a time of abuse of power by the Vatican and insidious clericalism. Gary and I sponsored an annual symposium for three years on The Role of Authority in the Church, which resulted in a book called Empowering Authority, published by Sheed and Ward—all-too-prophetic in the light of what’s happening in the Church today.

The other dimension of this feast on the mountain top was, of course, that Gary loved hiking and camping. Up the mountaintops we went. He and I hiked Snow Lake, Mount Pilchuck, Twin Falls, Wallace Falls, Lake Ollalla. He loved the wilderness. These hikes also gave him a chance to vent on the latest foibles of a former dean of the college. And I can now reveal a story that happened on a couple of our hikes. [As he aged, Gary had walking poles, ski poles, to negotiate the trails. When we finished a hike, he would put the poles on the top of the car, while he changed from boots to shoes. Yes, you guessed it. Coming down off Denny Creek trail, we drove off with the poles still on top until we were driving along the freeway, the second pole slipped off the top of the car. We drove all the way back to the trail and managed to retrieve both poles. But another time, he was at Wallace Falls, hiking with someone else, and he didn’t avert to the poles until he was home, and, of course, they were long gone. Later he told me the tale of woe and then emphatically said, “Don’t tell, Sharon!”]

Gary lived a life dedicated to peace, committed to justice, caring for those on the margins. It was a faith-filled life of action. When his book came out he said to me, “You know, I am not a theologian.” That startled me a bit. Then he explained, “I don’t do systematic theology. I just try to make God practical and open doors to what needs to be done.”

He mirrored the divine through his life. What a legacy! What a sacred vision of the Earth, of his friends, of his family all woven together—that he has left as a gift for all of us!

Isaiah concludes his vision of the feast with a very consoling word. [Our Loving God] “will swallow up death forever and then the Lord God will wipe away the tears from all faces.”

Gary shared a vision that ultimately all this was God’s work. We are the hands of God’s creative love.

Gary had a romance with life. He was curious, welcoming and vulnerable. I’m reminded of those profound, anguished lines in Romeo and Juliet once Romeo has died:

When he shall die,
Take him and cut him out in little stars,
And he will make the face of heaven so fine
That all the world will be in love with night
And pay no worship to the garish sun

Gary is now a galaxy of stars in the panoply of eternity, and each of us carries with us a favorite star from his remarkable, creative, genuinely romantic and love-filled life.