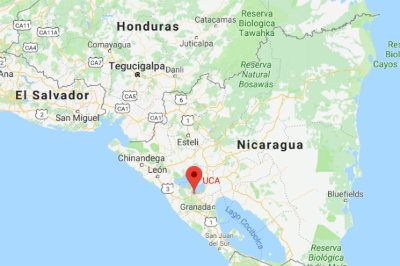 Since April, the Nicaraguan government has undertaken repressive measures against its own citizens, resulting in 500 deaths and an additional 4,000 injured. Situated at the heart of the conflict, SU’s sister Jesuit institution in Managua, the University of Central America (UCA), has been particularly impacted by the violence and unrest.

In a letter recently circulated to the Jesuit higher education network, SU President Stephen Sundborg, S.J., explains: “Since July, there have been cuts and delays in the financial support the Nicaraguan government provides to the UCA. This, combined with the economic hardships that the families of UCA students are facing, has made scholarship assistance even more necessary.”

Led by President Chepe Idiaquez, S.J., UCA is forging ahead to provide online courses to their students (the safest way to continue with teaching and learning in this period), but they have now lost those scholarship funds for thousands of students. The SU community is encouraged to support an emergency scholarship fund established for the students of UCA. At this link you can make a tax-deductible donation, learn more about the situation in Nicaragua and at UCA.

“Your gift is a great expression of hope and solidarity with the UCA in Nicaragua and the young people they serve, and it will strengthen our colleagues in their continued effort to live out their Jesuit educational mission in a critical time in the life of their country,” Father Sundborg writes.

Seattle University has shared a special connection with the UCA that spans more than two decades, as formalized in an official partnership in 2014. This collaboration has included student and faculty exchanges, joint research and a variety of collaborative projects. Visit SU’s Central America Initiative to learn more.