Cultivating a Culture of Inclusivity 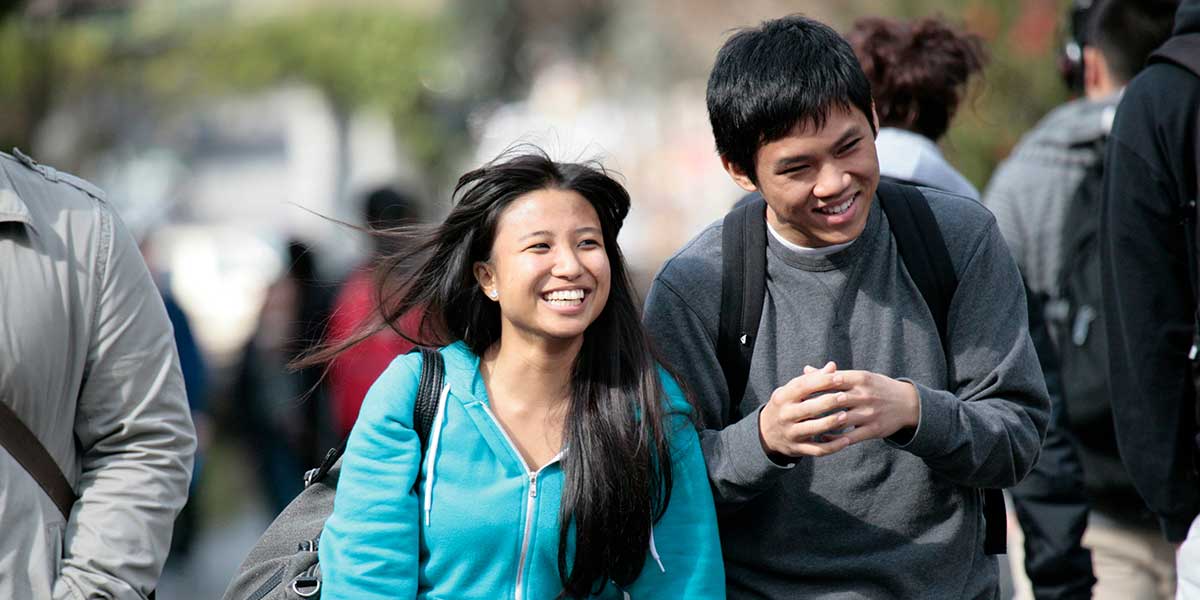 SU dialogue sessions on diversity and inclusion aim to unite and foster a greater sense of belonging.

SU dialogue sessions on diversity and inclusion aim to unite and foster a greater sense of belonging.

Last fall, the week before students arrived back on campus, a standing-room-only crowd of faculty, staff and administrators squeezed into a classroom to discuss how riots in Charlottesville, Va. related to Seattle University and its students. The event was organized by Natasha Martin, the university’s vice president of diversity and inclusion, who said the Charlottesville events signaled the importance of Seattle U’s work toward “inclusive excellence.” This is defined, Martin says, as an environment “where there is no dichotomy between academic excellence and growth on the one hand and inclusion, diversity and equity on the other hand.” When students returned, inspired by Martin’s leadership, they initiated an event giving them the chance to discuss how Charlottesville and other issues had affected them.

Those two sessions were among the first of many that took place over the course of this academic year as the university took a significant step toward creating a campus that fosters a greater sense of belonging for all. From September through May, more than 2,000 students, faculty, staff and community members participated in events addressing diversity, inclusion, race and equity. The campus-wide effort represented partnerships with multiple groups including the Office of Multicultural Affairs (OMA), the Center for Jesuit Education, the Institute for Catholic Thought and Culture (ICTC), Athletics, Academic Affairs and Student Development. In addition, university leaders participated in more student-led events and student leadership had the ear of the highest levels of university administration, including the president.

Making the campus more welcoming for people of diverse beliefs and backgrounds was, in part, a response to the work of the task force on diversity and inclusive excellence, including a 2015 Campus Climate Survey, which identified significant disparity in the campus experience between majority group populations and underrepresented populations on campus including historically underrepresented minority faculty, staff and students. More broadly, the university’s efforts to improve inclusivity mirrored those happening nationwide as universities recognize the value of preparing students to navigate and feel connected in an increasingly polarized world.

In a recent issue devoted to diversity in higher education, INSIGHT Into Diversity magazine wrote, “…higher education institutions in the U.S. bear greater responsibility when it comes to ensuring a bright, sustainable and economically viable future for our country.” Seattle U understands that the work happing today on campus prepares students for success in their professional and personal lives.

“Most of our graduates will work in organizations with employees of widely different backgrounds,” says Management Professor Marilyn Gist, associate dean of Executive Programs for the Center for Leadership Formation at Albers. “Employers today expect that people hired can work well with others and treat everyone with respect.”

Student Body President Pa Ousman Jobe, ’18, says these discussions and the groundwork done this year were a solid start, but more can be done. “I give Seattle University a ‘B minus.’ (W)here you invest your resources tells a lot about where your interest is.”

As a Jesuit institution, Seattle U has long tradition of practiced, civil discourse. Martin placed her faith in that foundation despite concerns, given how the rules for civil engagement are seemingly disappearing in general society.

“Part of our responsibility as an educational institution is to create an environment where a robust exchange of ideas can flourish, which invites people in rather than excludes,” Martin says. “Having courageous conversations is an acknowledgement of the humanity of each of us. Universities are microcosms of society. We all bring the world with us, but we are not all similarly situated.”

Most of the year’s events focused on race, which Martin explains is a necessary starting point to broader conversations of inclusion. “Race is the dividing line that results in many of the educational and economic disparities that exist,” she says. “To have discussions about inclusion, equity and justice… without talking about race is to engage in a dishonest dialogue.”

Rounding out the topics were immigration, xenophobia, Catholicism and gender equality among others.

Having such conversations increases the likelihood that students will find support when dealing with a world that is pressing in on them, says Alvin Sturdivant, EdD, vice president of Student Development.

“As our national climate shifts, students are fearful of what that means for their day-to-day lives,” he says. “On this campus, our students are calling us to action. What many students want is a place to share their stories without fear of reprisal. There is a desire to have more connection and engagement.”

Lucas Sharma, S.J., a lecturer for a Core sociology class, says students are responding well to having faculty across disciplines engaged around these topics. Associate Professor Hye-Kyung Kang, PhD, director of the Master of Social Work Program, says the university and faculty must set an example for students.

“By consciously striving to create an inclusive institutional environment that takes into consideration the complexity of intersecting identities and their impact on people’s lives, we are modeling for our students how to understand and practice justice in a society that is tremendously diverse and also inequitable,” Kang says.

Here are examples of the university’s dialogue in action from throughout the past year:

Educating for Justice in Complex Times: Meeting the Challenge to Build Inclusive Community

Lucas Sharma, S.J., was presenting at a Faculty/Staff Dialogue Session where an attendee said the session helped him understand that the Civil Rights Movement had not solved racism. That, as well as other faculty events he facilitated, triggered an “aha” moment.

“It highlighted in the larger political climate and at the university the need to examine how racism is operating in ourselves and in our country,” says Sharma, himself a person of color. “People said, ‘I thought we’d come to a place where we’d solved these issues,’ but I realize they need further examination. That’s the biggest positive impact I see of the faculty and staff dialogue. We are recognizing our blind spots so that we can work together to be more inclusive.””

The dialogue sessions drew about 50 faculty, staff and administrators each month around a specific topic. Sessions typically included a presentation followed by breakout conversations and a large group wrap-up.

Real Talk, a bi-quarterly opportunity for undergraduate and graduate students to speak directly with Natasha Martin and give voice to their experiences at SU in a supportive environment. The students are invited to explore what an inclusive and welcoming campus community would look like and how to get there. Real Talk served as one of the catalysts for the monthly Faculty/Staff Dialogue Sessions when students identified the need for faculty and staff to better understand issues facing students.

With the establishment of the Office of Diversity and Inclusion (ODI), SU’s Office of Multicultural Affairs (OMA) was able to focus on its core mission this year of supporting students on the margins, says Interim Director Jimmy McCarty, PhD. Established in the 1960s, OMA became a one-stop shop for diversity and inclusion work over the years as the university grew and faculty and staff also needed resources, McCarty says. Creating a space for students to share stories is central to OMA’s work. And that, McCarty says, has been able to thrive this year.

This year, OMA’s programming has been intentionally collaborative and intersectional, McCarty says. OMA co-sponsored the Martin Luther King, Jr. Day celebration with Students for Disability Justice. In the fall, OMA had the flexibility to pivot to provide support for undocumented students, he added.

In a September Presidential update, Stephen Sundborg, S.J., affirmed the university’s solidarity with students affected by President Trump’s decision to end the Deferred Action for Childhood Arrivals program (DACA). He outlined political action he and the university were taking in support of DACA, and referenced numerous campus resources available to undocumented students.

The Institute for Catholic Thought and Culture (ICTC) devoted its Catholic Heritage Lectures this year to the topics of diversity and inclusion. Its three lectures—the racial divide in the U.S.; xenophobia and immigration; and the radicalization of Islam and the media—addressed aspects of racial justice through the lens of the Catholic Church. Each lecture drew more than 100 people, including members of several local faith communities. The events included panel discussions and Q&A sessions.

Observing the controversy surrounding some NFL players “taking a knee” during the national anthem, the Seattle U Men’s Basketball team felt that media coverage was missing the point of the players’ protest. In response, the team went beyond locking arms during the national anthem—they made a video featuring senior players giving voice to their ideas of “what justice means.” In addition, players wore T-shirts during pre-game warm-ups on which they had printed the Dr. Martin Luther King, Jr. quote, “Injustice Anywhere is a Threat to Justice Everywhere.”

“Conversation is the first step toward change and making this country and this world a better place.”

“If society got along like our team got along, this wouldn’t be an issue. We have guys from different races, different backgrounds, other countries and who speak languages other than English. We all work better together because of our differences.”

The Seattle U Women’s Basketball team put its own stamp on a national movement within college basketball in which teams were expressing a range of views on racial inequity. The women’s team wished to show respect for everyone’s viewpoint. They printed pre-game warm-up T-shirts with the quote, “We Stand for Equality,” a message that mirrored their choice to stand for the national anthem.

“Seattle University empowers its students to discover their own beliefs through open and honest dialogue with one another. Our women’s basketball program encourages everyone to respect and be aware of other people’s diverse backgrounds. …”

—Statement from Seattle U Women’s Basketball

Haleema Bharoocha, ’18, felt that Seattle University had no spaces for marginalized gender identities. So, she and a few other students organized a liberating space called the Gender Justice Center with a mission “to promote, empower and cater to the needs of women, gender non-conforming, trans people and other marginalized groups—especially people of color.” The student-led organization collaborates with faculty, staff, students and the greater Seattle community “to combine forces,” says Bharoocha, the group’s director. “A lot of folks come to Seattle U and other universities with diverse identities. We celebrate that, but there’s not necessarily a system in place to support them. We’re making intentional spaces to be as supportive as possible.”

Since its founding in December 2016, the group has put a lot in place—a campus community center, a lactation space, a community food pantry and a wide array of events such as sign making for the Women’s March and makeovers for transgender and gender non-conforming.

DIVERSITY & INCLUSION
By the Numbers

400:    Faculty and staff who joined a monthly dialogue session.

150:    Campus and community members who attended a lecture about the Catholic Church and the racial divide in the United States.

1,200:   Students, faculty and staff who read this year’s common text, Notes from No Man’s Land.

Read more stories like this in the Spring 2018 issue of Seattle University Magazine, in mailboxes in early June.