Written by Arielle Wiggin, The Spectator 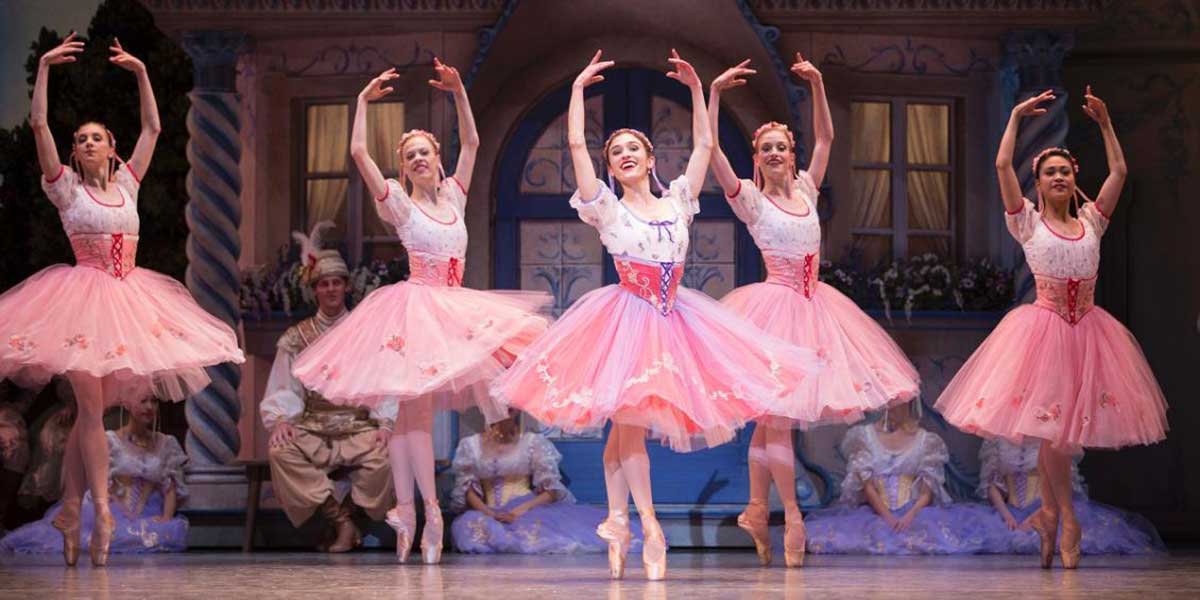 Leta Biasucci joined the Pacific Northwest Ballet as a company member in 2011, at the same time Seattle U was implementing their specialized Arts Leadership program through the partnership the school has with PNB.

Leta Biasucci is graduating after six years as a Seattle University student.

Non-traditional college paths are not unusual, and quite a few Seattle U students balance their education with a job or two. However, Biasucci has balanced her education with a particularly unique job–she’s a soloist at the Pacific Northwest Ballet (PNB).

Biasucci joined the Pacific Northwest Ballet as a company member in 2011, at the same time Seattle U was implementing their specialized Arts Leadership program through the partnership the school has with PNB. This partnership provides PNB dancers with access to secondary education that works around their demanding rehearsal and performance schedules.

She felt compelled to take advantage of this program as she had not encountered any similar opportunities in her previous time studying at Central Pennsylvania Youth Ballet and in a trainee position at San Francisco Ballet. She started the program that year, and has been working on a degree in Arts Leadership since then.

That non-traditional path has led to a non-traditional student experience. PNB dancers enrolled at Seattle U have their classes at the PNB studios, so Biasucci has not spent much time on campus. She says that her dual identity as a soloist and a student can be strange—when she visited the Seattle U bookstore to pick up her graduation robes, she noticed some Seattle U logo shirts and realized “Oh… I’m going to be an alum.”

She has also came to understand that college means something different for her at this point in her life—28-years-old with a demanding career—than it would have had she entered college at 18.

While the traditional college student can see themselves finished with school in four years, Biasucci said that “being a nontraditional student has been really…” she paused. “Long. It was only a few years ago that I felt I could see the light at the end of the tunnel.” In her experience, college has been a lot of chipping away at credits, building a degree piece by piece, instead of a four year academic sprint.

She fits in her studies in the fifteen minutes between rehearsals, but Biasucci is still a stand-out student. Senior Instructor of Philosophy Yancy Dominick spoke of what a remarkable analytical reader she is and she will receive the Buhr award, which is presented to the graduating student with the highest GPA in the Performing Arts and Arts Leadership department.

“The past couple of years I’ve been getting my core requirements, and as pertinent as the Arts Leadership courses are for me, I’ve really loved the core,” Biasucci said.

She also spoke highly of a class on Race and Pop Culture taught by Benedict Stork. She said this class was “really timely [and] really fantastic.” This class had an obvious impact as Biasucci centered a critical discussion of race in our discussions about a few contemporary and classical ballets.

Without the program, she says, her education would not have been as accessible and enriching. She explained that it is hard for a dancer to take energy away from their careers to prepare for the next big career move. “The accessibility component was huge for me; often the career of dancers is so short the impulse is just to savor it,” she said.

She repeatedly expressed her gratitude and amazement for the experiences she has had with the Seattle U program. For Biasucci, her education has made her appreciate her role as a part of the organization, as compared to an individual in a very competitive industry.

Being a ballet dancer is similar to being any other type of professional athlete in that you have to be very “self-focused” to be successful. They have to think about what they are putting in their bodies and preventing injury and cross training and developing artistry, starting before puberty, to have a career as a dancer at all. Biasucci said that working towards a degree in Arts Leadership “illuminated the other half of the work that goes into putting on a performance.”

Additionally, Biasucci is a member of the Second Stage Union, and when I spoke with her they had just finished up contract negotiations.She underscored how grateful she is for the Second Stage Union, PNB, and Seattle U. The program serves a vital need to the dance community, and Biasucci “doesn’t know if [she] would be in the position she is in now without it.”

Mostly, Biasucci explained, the program has benefitted her as a whole person and artist. “The more enrichment you have in life–the more experiences–the better,” she said. “I think that makes you a better artist.”