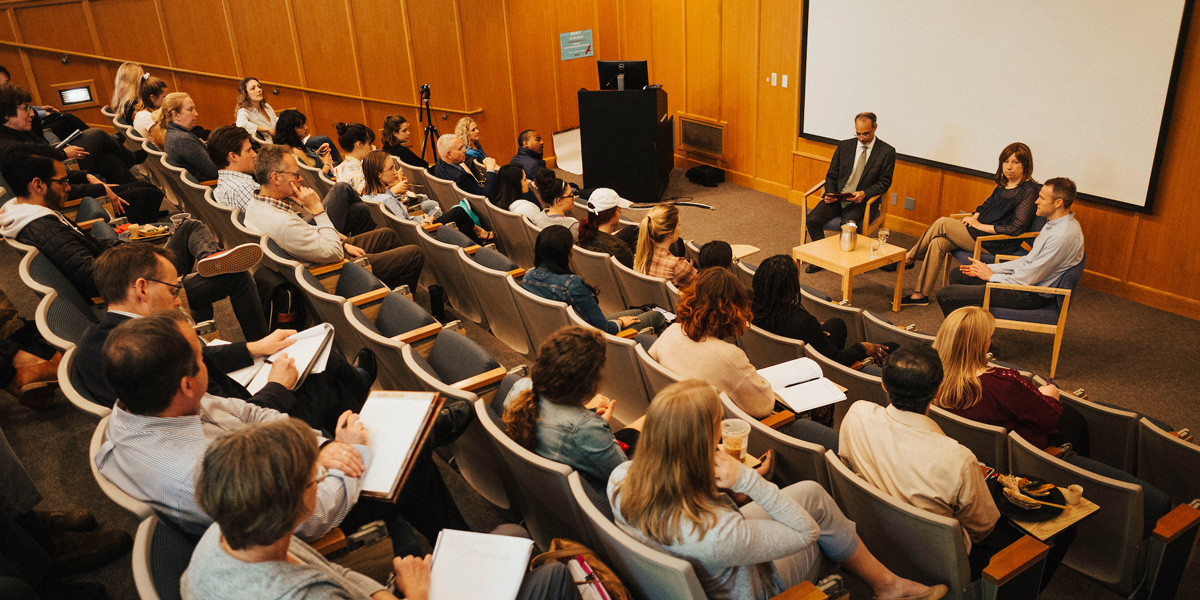 Can it be done at SU? What would it take?

According to SU’s current Climate Action Plan, the university is committed to reducing its carbon emissions 12 percent by 2020 and 51 percent by 2035 (relative to 2009 levels), and to establishing a goal for carbon neutrality.

So how are we doing?

With one year left to reach the 12 percent reduction, SU’s decrease (relative to 2009) is sitting at 10 percent, Phil Thompson, director of the Center for Environmental Justice and Sustainability, shared at an April 29 presentation on “Achieving Carbon Neutrality.” Furthermore, the university’s emissions have actually been on the increase in recent years.

“Things are going in the opposite way that we need to them to,” said Thompson. “Even to meet our current goals, we’re going to have to consider offsets.”

In addition, the university has yet to set a goal for when it will be carbon neutral.

Thompson alluded to a proposal put forth by the President’s Committee for Sustainability titled “A Climate Positive Campus,” which recommends the university not only offset the entirety of its own emissions but also contribute toward offsetting some emissions that originate beyond our campus.

To get a sense of what it takes to go climate positive—or at least neutral—Thompson moderated a panel representatives from Microsoft and the Seattle Sounders. Microsoft has been carbon neutral since 2012 by utilizing on-site reduction strategies as well as the purchase of carbon offsets. The Seattle Sounders recently announced they will offset their annual carbon emissions, making it the first team among all franchises in the five major sports to make such a commitment.

Liz Willmott, Microsoft’s carbon program lead, shared that Microsoft’s commitment to going carbon neutral was motivated as much by business considerations and the realization that its consumers are increasingly sustainability-minded as it was by ethics.

Taylor Graham, vice president of business operations and former Sounders defender, said, “The starting point for us (in committing to carbon neutrality) was actually our internal culture and our staff.”

“We had a similar upwelling of employee interest in going green,” said Willmott.

Willmott and Graham also credited buy-in from leadership as critical to advancing the cause of carbon neutrality at their respective organizations.

Microsoft’s offsets are largely funded by an internal carbon fee charged to business groups based on the emissions associated with their operations. The Sounders have been able to redirect existing resources to purchase offsets.

Thompson asked the panelists what they thought of the oft-expressed argument that offsets allow organizations to “buy their way out” while continuing to do business as usual.

Willmott allowed that when she first started working at Microsoft three years ago, she was “a total curmudgeon about offsets.” Coming from a nonprofit, she was then of the mind that carbon emissions should be eliminated through direct means, but she has since come to see “that not only are these offset projects we are investing in extremely meaningful in our own outreach, but they’re actually extremely meaningful globally.” She cited a recent study showing that projects funded by offsets can contribute to more than a third of the greenhouse gas reductions needed to bring down the earth’s temperature by two degrees.

“We do have to reduce first and use offsets as a last resort, but they are part of (the overall strategy to reduce emissions),” she said.

The integrity of the programs funded through offsets is critical to ensuring that the investments are having their intended impact. Both the Sounders and Microsoft are leaning on reputable partners to help them achieve their carbon-reducing goals. “We’re a soccer team,” said Graham. “We’re not sustainability experts. So we said, if we’re going to do this, we’re going to do this right. We need someone who is credible within this space.”