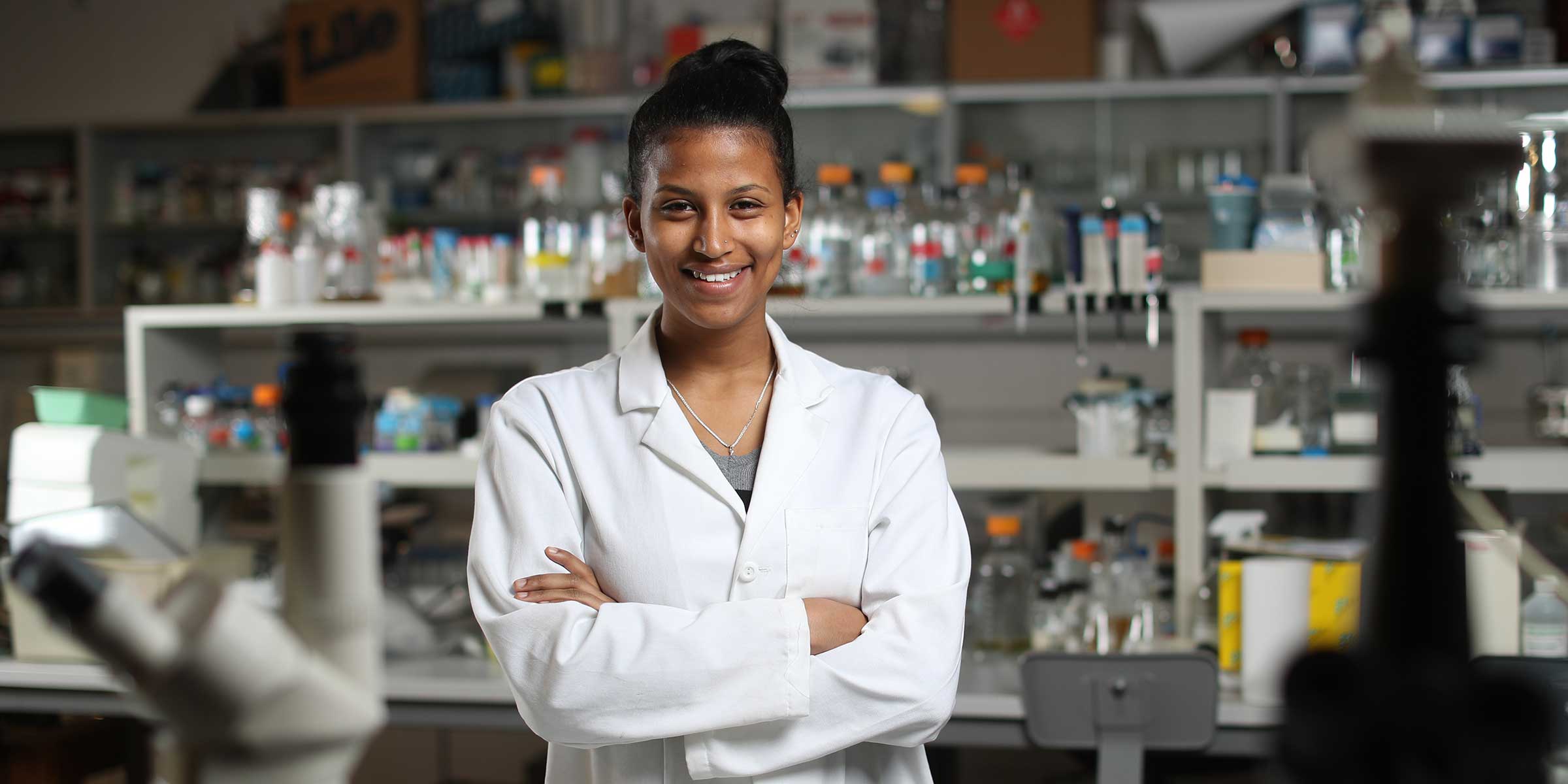 When Tsehay Abebe, ’13, arrived in Seattle at the age of 17, it was the first time she been outside of her hometown in Ethiopia.

When Tsehay Abebe, ’13, arrived in Seattle at the age of 17, it was the first time she been outside of her hometown in Ethiopia. Four years later, she had graduated from Seattle University’s College of Science and Engineering with a 3.95 GPA, a bachelor’s degree in cellular & molecular biology and a four-year scholarship to one of the nation’s top medical schools, Washington University School of Medicine in St. Louis.

“Growing up, I was exposed to people who didn’t have access to health care,” Abebe says. “I have always wanted to be a doctor and I chose cell and molecular biology because I am interested in exploring the mechanisms of how the body works. I’m interested in research that has clinical applications and can be used to improve health for everybody.”

Now in her second year of medical school, Abebe showed an aptitude for research as an undergraduate, with a passion to match her abilities.

“People have studied beta cell death. But what we were doing is different. We (were) working with multiple models to see how the cells repair themselves,” she explains.

According to the Institute’s Dr. Paul Robertson, Abebe was the first researcher to work on this particular model and was a key author of a paper on their work.

“Tsehay is a rock star,” says Robertson. “She’s brilliant, productive and as smart as they come. She’s a clear thinker who cuts to the chase.”