On being House chaplain 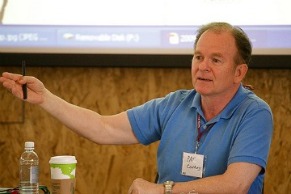 It was about a year ago that Pat Conroy, S.J., of the Oregon Province was confirmed as chaplain of the U.S. House of Representatives, making him the first Jesuit and only the second Catholic to serve in that role. Father Conroy worked in Campus Ministry at SU during the 1990s. In an interview with The Oregonian earlier this month, Conroy was asked what it's like to minister to what The New York Times has called "one of the most reviled congregations in his country." You can see how he answered that and read the full interview HERE.