Nourishment For The Soul 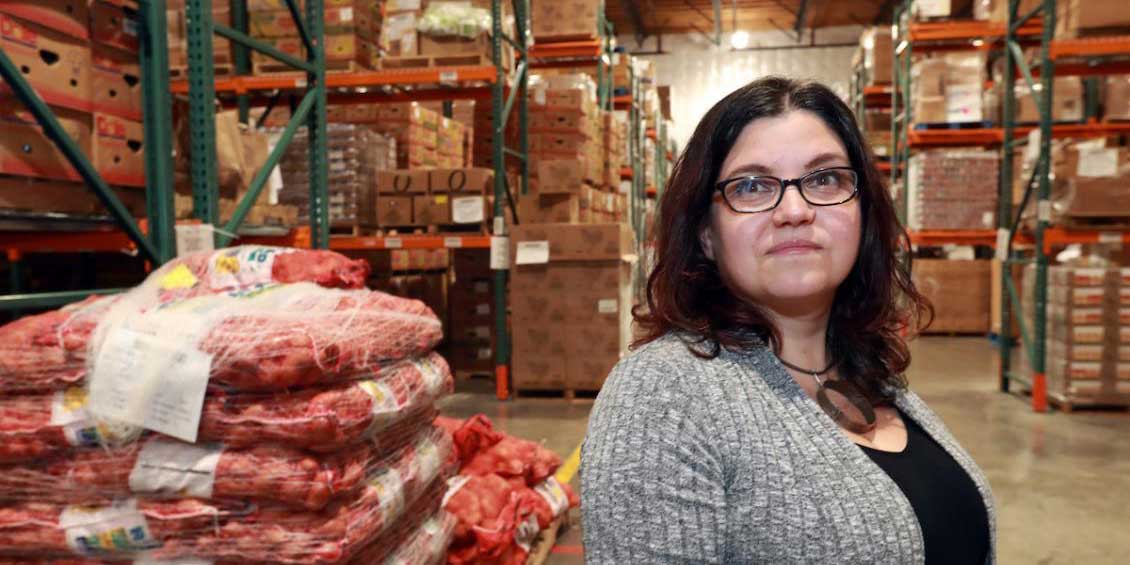 As a kid, Anna Constant, ’10 MPA, loved the TV series B.J. and the Bear about a trucker and his pet monkey traveling America’s highways. When she told her grandmother she wanted to be a truck driver someday, her grandmother quipped, “That’s fine, but you’ll have a master’s degree.”

Although Constant never became a truck driver she is crisscrossing the country—and with a master’s degree to boot. Constant, a graduate of Seattle U’s Master of Public Administration program, is director of compliance and capability for Feeding America.

Feeding America provides food to millions of children and adults each year by redirecting billions of pounds of food that would otherwise go to waste from America’s farms, manufacturers, grocery stores and restaurants. Feeding America sets the standard for the food bank industry through quality control and resource development for a network of food banks nationwide.

“It spreads the Gospel of best practices, innovation and cross-pollination in hunger relief,” Constant says. “I think of our contracts with food banks as a kind of map for being the best food bank you can be.”

Feeding America works with 200 food banks across the country including Food Lifeline, which provides food to 275 neighborhood food pantries, shelters and meal programs across western Washington.

As one of seven Feeding America compliance officers in the U.S., Constant manages a portfolio of 30 food banks. She is on the road nearly every other week visiting member warehouses. In between visits, she responds to issues as varied as board governance, Better Business Bureau guidelines, marketing, operations, fundraising, USDA requirements, food safety and more.

In 2016, Feeding America’s network distributed more than 4 billion pounds of food through strategic partnerships demanding massive volunteer and logistical coordination. Nearly three-fourths of that food would have otherwise gone to waste.

In a collaboration with American farmers, Feeding America volunteers pick crops that were unharvested because of cosmetic issues or limited manpower. In a newer venture, Feeding America is working with food-service retailers, including Starbucks, to redistribute unpurchased fresh foods such as sandwiches and salads.

Commendable as it is, the effort barely makes a dent in the estimated 72 billion pounds of food worth $218 billion that ends up in landfills each year. Farms are one of the largest sources of unused food, according to Constant, along with food manufacturers, grocery stores and the food-service industry.

In nine years, Constant has had a hand in nearly all facets of the industry, and it began with a Craigslist ad for a “grocery rescuer” when her now teenage son was in preschool. That job involved reclaiming food that grocery stores were clearing from their shelves for Food Lifeline to redistribute to areas food banks.

For Constant, who grew up on welfare and food stamps near the food cradle of San Luis Obispo, Calif., there is a Robin Hood attraction to the idea of taking back surplus food for those in need. “It’s insane to me that in this country we have people who are hungry,” she says.

While at Food Lifeline, her determination and initiative quickly propelled her through the ranks to chief operating officer, responsible for a $70 million inventory. Her crowning achievement was the design of a 130,000 square-foot warehouse in Seattle’s South Park neighborhood that is Food Lifeline’s new administrative and operational headquarters.

Constant shaped the big-box space with consideration for every detail—from care of the organization’s 10,000 volunteers to well-placed branding in the lobby—without losing sight of the core operation: sorting, repacking and delivering 40 million pounds of food a year, says Food Lifeline President and CEO Linda Nageotte.

That broad-based experience is what Constant now brings to Feeding America.

“Anna has had the chance to be in the food bankers’ shoes and knows the challenges they run up against,” Nageotte says. “She has had the opportunity to develop those skills as an operations professional and now has the chance to be sure our industry lives up to the standards and that they have the resources that can ensure they can do better in their work.”

Seattle University’s MPA program was integral to Constant’s professional journey, equipping her with the skills to lift her passion. Today, her professional network includes many of her former classmates, who share her commitment to creating a just and humane world.

“One of the things I got from my program was self-confidence,” Constant says. “Having learned from such knowledgeable people, people with so much experience…I walked away feeling like a stronger professional.”