Not So “Hidden” Anymore

A field trip for young students and their parents to see the movie "Hidden Figures" included a bonus feature: A panel of women of color who work in the sciences & technology

The Oscar-nominated, critically acclaimed movie Hidden Figures celebrates African-American women mathematicians and scientists whose expertise contributed to some of the successes of the early U.S. space program. The timing of the movie’s release coincided nicely with renewed efforts by educators to promote STEM fields to aspiring young scientists of color and to girls and women, groups that are underrepresented in the sciences, from the classroom to the lab.

So it made sense that the Seattle University Youth Initiative and its STEAM Ahead family engagement program at Bailey Gatzert Elementary sponsored a field trip to a screening of the movie in February for about 120 young students and their parents, most of whom are people of color. The bonus, however, was a panel that followed the movie featuring seven Puget Sound young women of color who work in the STEM (science, technology, engineering and math) fields.

The subject of the film and the focus of the panel align with the mission of the STEAM Ahead program, which is to engage students and families with STEM and the arts outside of the classroom, according to Colina Bruce, family engagement manager in SU’s Center for Community Engagement, where SUYI is based. The goals of the program are to build students’ background knowledge, capture their curiosity and sense of exploration, prepare them for college and career, engage families in their children’s education and build a sense of community.

One of the families was so inspired by the event that they attended a special lunch with Hidden Figures author Margo Lee Shetterly during her recent sold out appearance at the Seattle University Search for Meaning Festival. 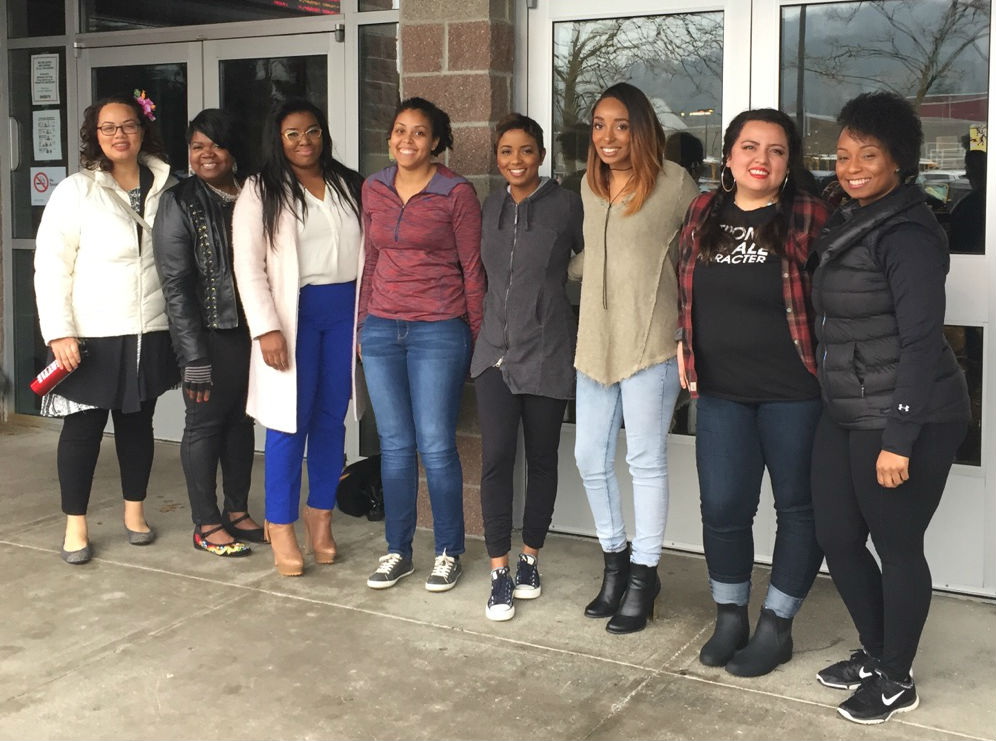