Written by School of Theology and Ministry 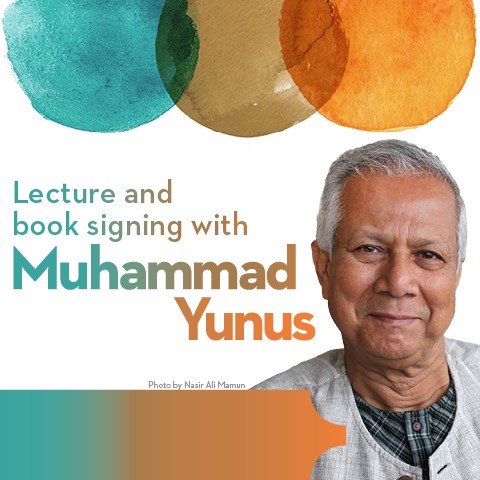 Seattle University will host Muhammad Yunus, the father of social business and microcredit, and winner of the Nobel Peace Prize for his work in alleviating poverty.

Free event: Register at muhammadyunuslecture.eventbrite.com to print out your free ticket to the event.

About the speaker: Muhammad Yunus is the father of social business and microcredit, and was awarded a Nobel Peace Prize for his work in alleviating poverty. Now he declares it’s time to admit that the capitalist engine is broken, that in its current form it inevitably leads to rampant inequality, massive unemployment, and environmental destruction. We need a new economic system that unleashes altruism as a creative force just as powerful as self-interest.

About the Book: In “A World of Three Zeros, The New Economics of Zero Poverty, Zero Unemployment, and Zero Net Carbon Emissions,” Yunus describes the new civilization emerging from the economic experiments his work has helped to inspire. He explains how global companies like McCain, Renault, Essilor, and Danone got involved with this new economic model through their own social action groups, describes the ingenious new financial tools now funding social businesses, and sketches the legal and regulatory changes needed to jumpstart the next wave of socially driven innovations. And he invites young people, business and political leaders, and ordinary citizens to join the movement and help create the better world we all dream of. Book is available Sept. 26. Click here to pre-order.

Cosponsored by: School of Theology and Ministry, Albers School of Business and Economics and Elliott Bay Book Company.