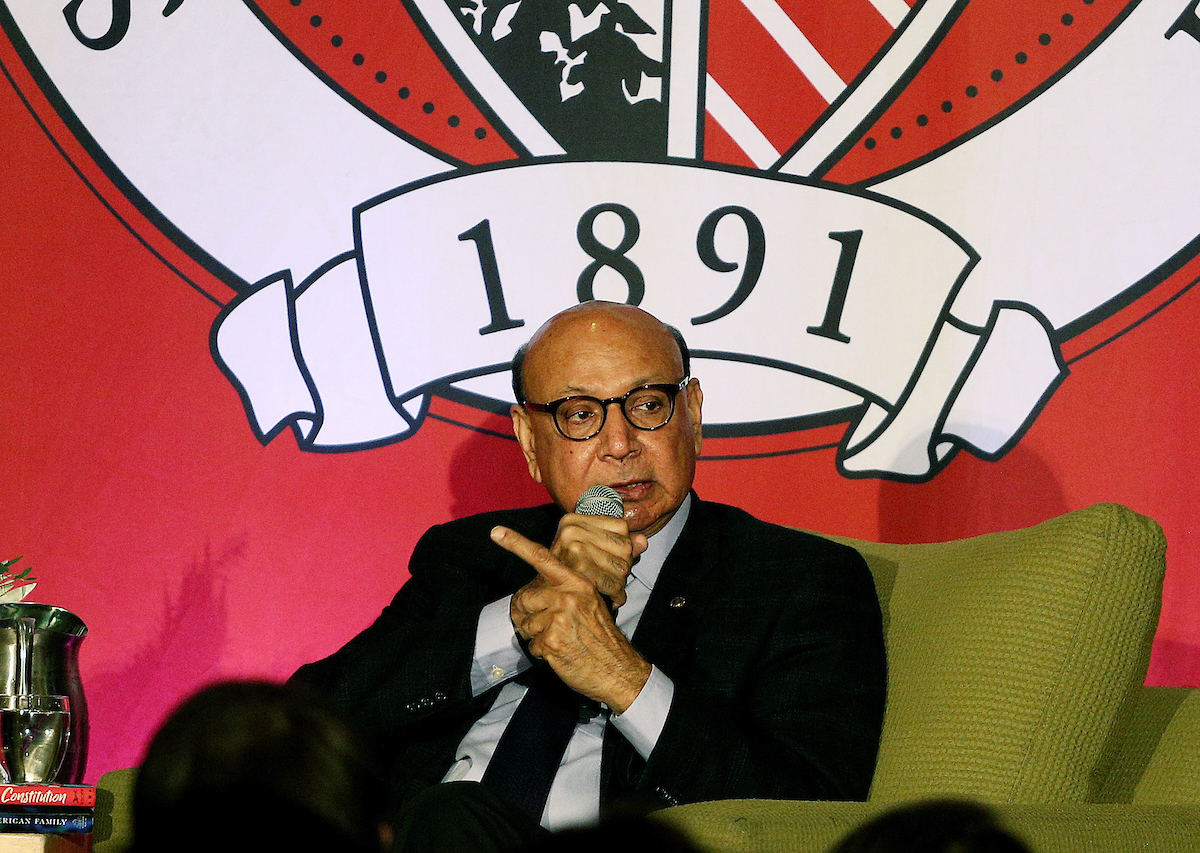 Khizr Khan visited Seattle University on Dec. 8 for a lecture and book signing. His book, An American Family, is an intensely personal story about what it’s like to risk everything for the promises contained in the U.S. Constitution.

Khan was born in Gujranwala, a city in rural Pakistan. He moved to the United States with his wife, Ghazala, in 1980. The couple became American citizens in 1986, and raised their three sons in Silver Spring, Maryland. His middle son, Captain Humayun Khan, was killed in 2004 by a suicide attack in Iraq, and was posthumously awarded a Purple Heart and Bronze Star.

Khan works as a legal consultant, and is involved with the University of Virginia’s ROTC program.

The event at SU was co-Sponsored by the School of Theology and Ministry and School of Law.