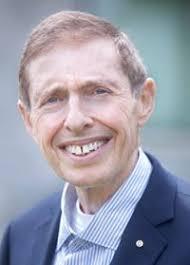 John Gardiner, professor emeritus in the College of Education, has received the Albert Nelson Marquis Lifetime Achievement Award. Presented by Marquis Who’s Who, publisher of biographical profiles, the award takes account of the recipient’s position, noteworthy accomplishments, visibility, and prominence in a field.

In a news release announcing Gardiner’s selection, the publisher wrote: “…Dr. Gardiner celebrates many years' experience in his professional network, and has been noted for achievements, leadership qualities, and the credentials and successes he has accrued in his field.”

Gardiner was awarded professor emeritus status this past summer. After joining SU’s faculty in 1991, his appointments in the college included serving as chair of the Doctorate in Educational Leadership program.

Nationally recognized for his scholarship and work on leadership, Gardiner was a founding member of American Council on Education’s National Leadership Group and served on the board of the Center for Advanced Study of Leadership (CASL) at the University of Maryland, College Park. Among other accomplishments and service, he was awarded a grant from CASL to develop a leadership center for Russia, chaired 2002 Annual Conference of International Leadership Association (ILA) and was on the board and executive committee of the ILA, as well as the advisory board of Leadership Review.