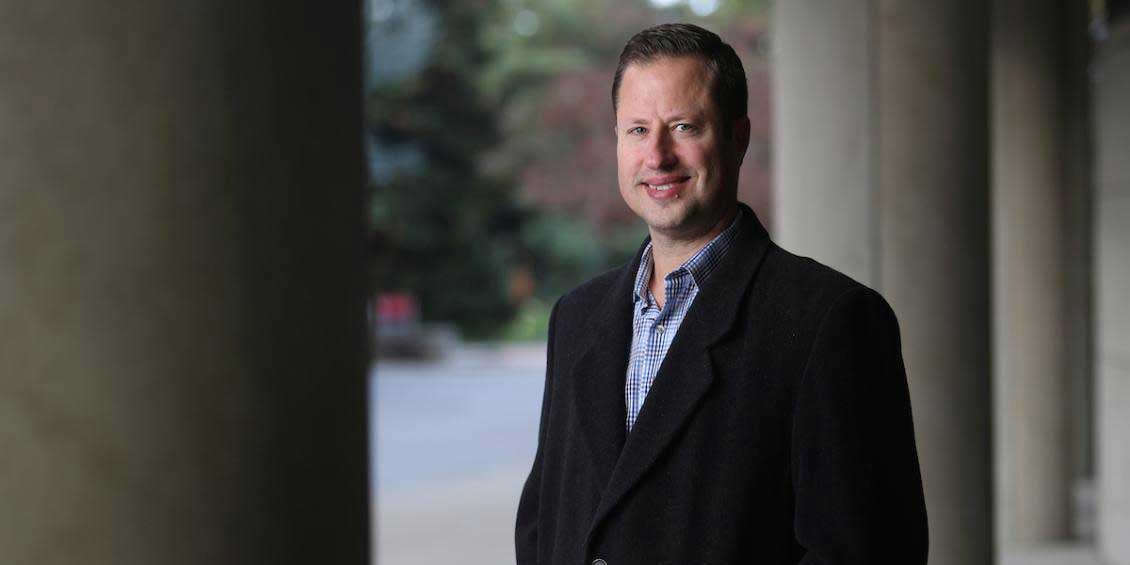 School of Law Professor directs the International Human Rights Clinic (IHRC) that is helping to shape the next generation of legal advocates.

Affable and kind, Seattle University Law Professor Thomas Antkowiak doesn’t necessarily fit the image of a warrior. But it’s an appropriate description of the director of the School of Law’s International Human Rights Clinic (IHRC) who is shaping the next generation of legal advocates.

Since 2008, Antkowiak has overseen a docket of IHRC cases involving torture, wrongful conviction, arbitrary detention and protection of ancestral lands.

In a recent, highly publicized victory, IHRC helped to free Nestora Salgado-Garcia, a grandmother with ties to Renton, Wash., who had been arbitrarily imprisoned in Mexico for three years while being denied due process. Salgado was arrested in 2013 after leading a legally permitted indigenous police force to defend local residents against drug cartels in her hometown of Olinala, Mexico.

“You were my support,” she said, speaking through tears. “You were the back-up of my case. That’s how I felt about it and that’s how it was perceived by other people, even worldwide.”

For the majority of its cases, IHRC partners with in-country legal counsel, human rights organizations and NGOs and centers its work on Latin American, African and U.S. litigation involving international law. It handles matters before prestigious world bodies including the Inter-American Commission and Court of Human Rights, United Nations human rights institutions and the African Commission and Court of Human and Peoples’ Rights.

It’s an arena Antkowiak knows well. Before coming to Seattle U, he served as a senior attorney for the Inter-American Court of Human Rights of the Organization of American States, special assistant to Costa Rican President and Nobel Peace Laureate Oscar Arias and director of the Access to Justice Program at the Due Process of Law Foundation.

“It is very important what a legal clinic in the U.S. will say about international standards,” Lagunes says. “The judge or court takes very seriously what the clinic says. So it’s very important for my cases to have the counsel of the legal clinic.”

The logistics of working with international partners relies on technology and the occasional translator. Lagunes, who speaks English, generally uses Skype or email to brief IHRC. Then, the SU students conduct their own research, draft their brief and send it to Lagunes for review and input. “We do this job like a team,” Lagunes says.

Students say Antkowiak “always had an open door.” For many of them, working with Antkowiak and IHRC was a highlight of their law school experience.

Craig Peters, ’16, says the clinic experience “afforded me opportunities to do very real and critical work that I believe has incredible social value.” He now works for a private Seattle firm that advises and represents Washington school districts.

Garret Oppenheim, ’08, worked with Antkowiak on several cases, even accompanying him to Costa Rica to litigate one of them. Now pursuing a master’s degree in environmental science, Oppenheim says, “Tom taught me how to be a professional. He is so committed to what he is doing.”

“He encouraged me to work harder, dig deeper on issues and produce some of my best work,” says Samantha Pearlson, ’15, now a judicial law clerk at the Washington State Court of Appeals. “It was very helpful to have a professor with real experience in international human rights law who was so accessible.”

As a student, Pearlson was part of an IHRC team representing indigenous people in Nicaragua in opposition to a massive canal that would decimate their ancestral lands. IHRC argued that the Nicaraguan government trampled sovereign rights by ceding the land to a Chinese developer without consent of all invested communities. The case is still pending.

Antkowiak says that serving as IHRC director is his “dream job,” one that combines three of his professional passions—working on cases he cares about, engaging with students and conducting research. Seattle U’s Jesuit Catholic mission offers fertile ground for each of these efforts.

“I appreciate Seattle U’s focus on global engagement and supporting disadvantaged and vulnerable members of society,” Antkowiak says. “I really respect the Jesuit approach and Seattle U is a wonderful environment. It’s a great match.”