How to Persevere: the Amazing Story of Criminal Justice Graduate Steve Jenkins 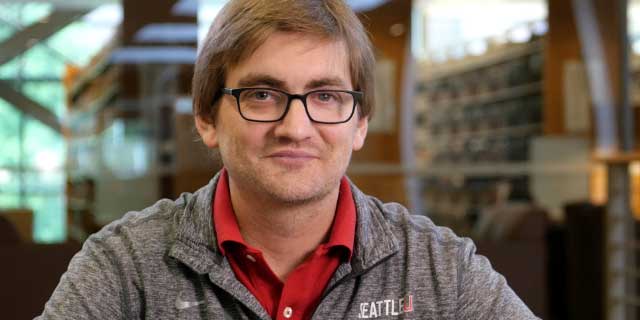 Steven Jenkins began his life with Seattle University in 2002. He was a freshman mechanical engineering major and a member of the men’s soccer team. Before classes started, he was on campus every day on the soccer field. Born with the genetic disease, Cystic Fibrosis, Steven has always had challenges in life. Cystic Fibrosis primarily affects the lungs, causing them to deteriorate until they are no longer healthy enough to sustain life. With 36% lung function, playing on a Division II men’s soccer team was tough. Steven’s cardiovascular capacity was far below that of his teammates. “Every practice was an opportunity, to give everything I had,” Steven remembers. This is one of many characteristics that battling illness has instilled in Steven.

After a year of soccer and classwork, Steven’s health had declined. The school work required in mechanical engineering was competing with the effort and commitment necessary for playing on the soccer team. He made the choice to switch his major to criminal justice and remain with the men’s soccer program. “It was an easy decision. I’ve always had an interest in justice, and I loved playing soccer,” Steven says.

The Seattle University men’s soccer team won the Division II National Championship in 2004, Steven’s junior year. After redshirting his junior year due to a continuing decline in the health of his lungs, Steven faced another big decision. He needed to get on the organ waiting list for a new set of lungs and he was no longer physically capable of attending class. “I knew my health needed my full effort and attention every single day,” Steven remembers. He put his academic and athletic endeavors at Seattle University on hold and focused on preserving what health he had left, in order to make it through the lung transplant.

His wait on the organ list began in June of 2005. During this time, Steven went to the gym religiously. “It was the hardest I’ve ever worked. I was at 28% lung function, but I was determined to be as healthy as possible no matter what.” After seventeen months of struggling and fighting every day, Steven got the call for the new lungs in March of 2007. “I was lying in bed around eleven at night, and the phone rang. I knew the moment had come and I almost went into shock. On the drive to the hospital, my entire life kept flashing before me,” Steven recalls.

The procedure took around eight hours and was a success. Steven went home from the hospital after eleven days. Things looked to be on the right track. Steven returned to Seattle University in the fall of 2007, only to withdraw after two weeks. “I just didn’t feel right and I was having painful headaches,” he recalls. When the headaches had become excruciating and seemed to be taking over his life, Steven went to the doctor. A CT scan revealed a three-inch tumor behind the left side of his face and under his brain. “I was not shocked at all,” Steven remembers, “I was actually relieved that the reason I was in so much pain was due to something that could be treated.”

In January of 2008, Steven began treatment for non-Hodgkin’s lymphoma, a type of cancer. Due to the late diagnosis, the cancer was in stage four, the most dangerous stage. Doctors were honest with him about the chances of eliminating the cancer. The probabilities were at 20%. “I knew the odds were against me, but not for one moment did I let that get me down. I told myself they were just numbers.” Doctors threw strong therapy at the cancer. For eight months, he underwent chemotherapy, radiation, and stem-cell transplant. He spent the better part of that time in the hospital, but was released after the therapy was finished. “Cancer treatment was difficult and draining. But that was nothing new to me. I had gone through the last five years of my life dealing with something similar. I was well-versed in battling like this,” Steven said.

Two weeks later, Steven and his family went back to the doctors for the ultimate news --information that was no surprise to Steven. “I was in tune with my body. I knew the cancer was gone. I could feel it,” he says. Doctors came into the room where he sat with his family and delivered the great news that the cancer was in remission. “My family, friends, and support network were all so relieved,” he remembers.

Recovering from the challenges of 2008 was hard. It took several years for Steven to begin to get back on his feet and back on track. By 2010, he was beginning to feel like he had a life again. Come December, Steven got swine flu. Although he recovered, doctors believe the swine flu played a part in his immune system rejecting his transplanted lungs. Within two months, Steven’s lung function declined from 80% to 25%. “I was devastated,” Steven remembers. Although double-lung re-transplants are not nearly as common as first-time transplants, it was Steven’s only option. In March of 2011, Steven began the long process of getting listed again for a lung transplant. “It was so hard. I had already been through the process of getting transplanted and it was the hardest thing I’ve ever done. Knowing I had to do it all over again really shattered me,” Steven recalls.

Steven was listed again for a double-lung transplant in June of 2011, but this time he could no longer bring himself to work out or exercise. “I just didn’t have it in me, mentally or physically,” he says. The waiting period this time around was much longer, due to the fact that all first-time transplant candidates on the list get priority over second-time candidates. Steven knew it was going to be long, but committed to himself and loved ones to give it everything he had. Fast-forward to January of 2014, Steven was withering away and very ill. His lung function was down to 17% and put him close to not being strong enough to make it through a second transplant. No longer able to walk up the stairs in his parents’ home, he lived downstairs on the pull-out bed.

One night he almost gave in to giving up. “I had been through so much and my current situation was so difficult. I felt like I couldn’t bare it anymore.” Steven states. At midnight, he called his close friend and Seattle University men’s soccer coach, Peter Fewing. “I told him that although I was at peace with being ready to not make it, I was in need of something, anything, to get me through.” Coach Pete, who at the time was in his own drive way, knelt down in the pouring rain. The two prayed for ten minutes. In that prayer, Steven laid down his life and stated he need the strength to continue and the faith to hold on. The two cried on and off for another half hour as they talked. “After that prayer, something unexplainable happened. I promised not to give up and hung up the phone. The next morning I felt invigorated and inspired to keep going,” Steven recalls.

Just two months later, Steven got the call from the hospital. He was ready to risk his life once again, in the hope that something good would come. The double-lung re-transplant took around fourteen hours. Immediately after the surgery, Steven’s kidneys failed. He gained thirty pounds of body fluid in a single day. His surgeon and the head of the lung transplant program at the University of Washington predicted Steven would not make it if his kidneys failed to start working in the next forty-eight hours. 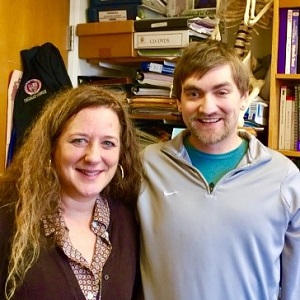 Steven’s entire family and extended support group waited in the hospital, gathered together in hope as Steven laid unconscious in his recovery room. Just twenty-four hours later, Steven’s kidneys kicked in and completely flushed the thirty pounds of excessive fluid from his body. Five days later, Steven finally woke up. After another two weeks on the ventilator Steven took his first breath on his own. Unable to talk for the entire time the ventilator had been in place, as soon as it was removed Steven talked for a half hour straight to his loved ones who had crammed into his hospital room to see him. “All the emotions and thoughts I had for the past two weeks came out,” Steven remembers, “I was so happy I kept talking and drinking fluids for several hours.”

Fast-forward three years and Steven’s health is very good. His lung function is in the normal range and he is finally getting his life back, after ten years of fighting for it. “I feel very fortunate to be in the situation that I currently find myself in. After so many years of not knowing whether I would ever get a second or third chance at life, I am alive and well.” Steven says. He returned to Seattle University academically in the fall of 2016. He is now taking a full class load and set to graduate in June of 2017 with Bachelor of Arts in Criminal Justice with a specialization in Administration of Justice. After graduating, Steven plans to get a job in either juvenile or adult justice. He loves criminology and has a passion for justice, both of which he plans to combine with his desire to give back and help others.

“I would like to thank Seattle University for sticking by me through thick and thin. Since 2002, the people at this school have been amazing. They have always been there for me and supported me. From Coach Fewing, Father Sundborg, and Jackie Helfgott to many others, I cannot say enough about this place,” Steven says. “I would also like to thank the entire medical team at the University of Washington for saving my life three times. And lastly, but not least, my family and those friends who are like family to me and who have been my rock through everything. I would not have made it without them.”

Steven hopes the trials and tribulations with his health are behind him. He is looking to the future, while staying present in each moment. Treating each day as a gift and cherishing every moment is how he seeks to live.