How Do Our Brains Know Where A Sound Comes From? 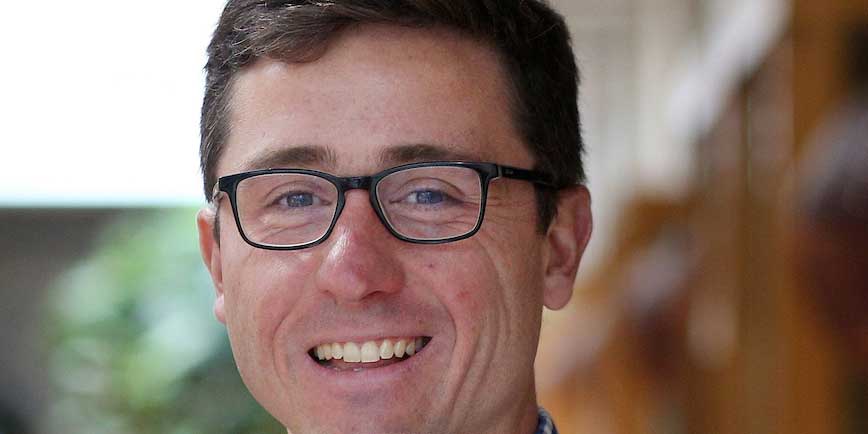 You hear a sound and instinctively turn your head in the direction it came from. Sound localization is one of the ways we make sense of the everyday world. The brain’s neural pathways are responsible for making this connection. Seems simple, right? Not so simple for neuroscientists, however, who want to figure out the very precise, anatomical connections between brain regions and the response patterns they create, including how they change as humans and animals develop.

“We know a lot about how this actually works but not the precise details,” says Brian Fischer, associate professor of mathematics, whose research interest is computational neuroscience.

Fischer and colleagues at UC San Diego, UC Davis and the Albert Einstein College of Medicine recently were awarded a five-year, $3 million National Institutes of Health grant under the NIH’s BRAIN Initiative. The grant will support research to use novel anatomical, physiological and statistical tools to understand the microcircuit basis of sound localization behavior, from the network architecture to populations of neurons and how they change during learning.

Nearly $462,000 of the grant will support Fischer and undergraduate students to perform statistical analysis on the huge amount of data the other researchers will generate, as well as to perform mathematical modeling. The students will learn the techniques that are used to model the neural systems.

“The underlying question of the project is what the neural basis of behavior is and how we learn to execute these behaviors over a lifetime,” says Fischer. “The particular thing we focus on is sound localization. How do you figure out where something is just by listening?”

Fischer has long studied the barn owl as a model system because it uses sound localization to hunt. The owls have a dedicated pathway in their auditory systems to rapidly and accurately localize sounds.

“We’re going to try to figure out what are the connections between the neurons in the relevant brain areas, what are the responses of all of these neurons when the owls hear sounds and how is that information then read out to tell the motor system what to do, such as ‘Where should I look to figure out where that sound is coming from?’”

The new grant will build from Fischer’s previous research on auditory behavior. “It’s an interesting time now because we have new tools to test these theories,” he says.

The BRAIN Initiative began in 2013 with the goal of supporting the development of new experimental and data analysis techniques to understand how dynamic activity in populations of neurons supports perception and behavior.