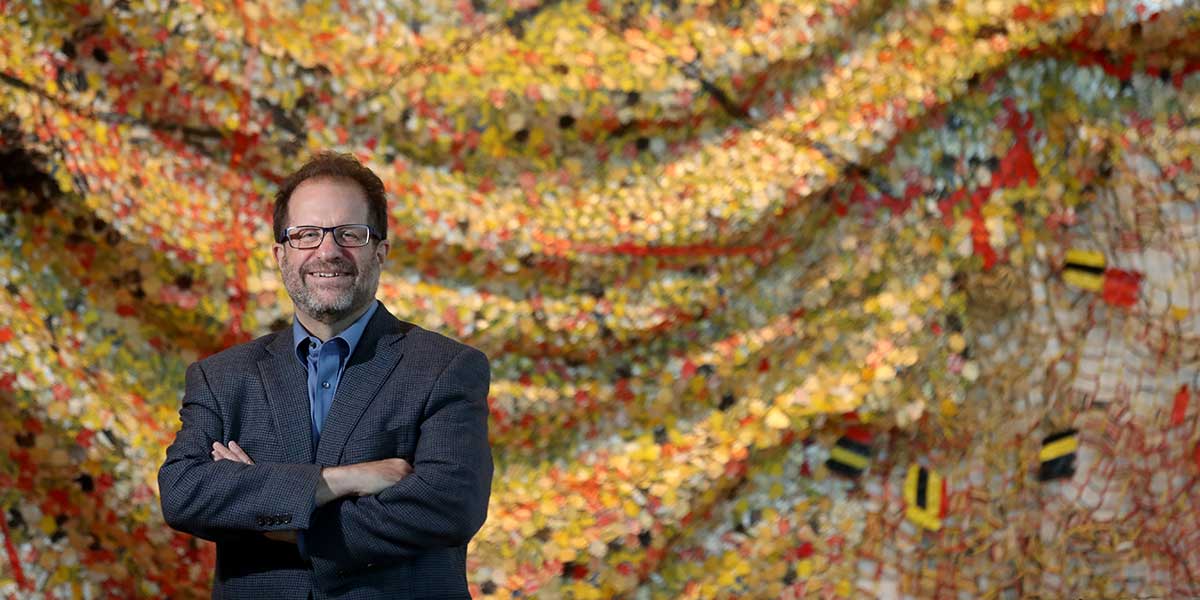 David Bley, ’80, is reflecting on what drew him to public service and philanthropy nearly four decades ago. “All human beings are a product of their time, place and family."

David Bley, ’80, is reflecting on what drew him to public service and philanthropy nearly four decades ago. “All human beings are a product of their time, place and family,” says Bley, director of the Pacific Northwest Initiative at the Bill & Melinda Gates Foundation.

Bley grew up in a northern Chicago suburb in the 1960s. Greatly influenced by his politically engaged family and their Jewish values rooted in social justice, his teenage years were marked by the civil rights movement, Vietnam War protests and the 1968 Chicago riots.

In his role at the Gates Foundation, those early experiences still color his worldview as he works toward ensuring that low-income youth and children of color will prosper in our region’s growing economy and that our region will benefit from their contributions.

“Our region is an engine for the future economy across the globe. Yet, very few of our jobs are going to kids raised here,” Bley says.

Bley came to the Gates Foundation in 2007 by way of “serendipity,” he says, as a champion for local issues: poverty, economic opportunity, neighborhood revitalization and affordable housing. His current role was influenced by past experience that includes working for Enterprise Community Partners, the Federal Home Loan Bank of Seattle, Fannie Mae, former Seattle Mayor Norm Rice, the U.S. Congress and the U.S. Department of Housing and Urban Development.

In directing the Gates Foundation’s Pacific Northwest Initiative, he is responsible for shaping the regional agenda for the world’s largest foundation. With a 23-person team and an annual budget of approximately $60 million, he directs community-based strategies focused on supporting stable families, great schools and strong communities in Washington state, as well as high-quality early learning nationwide.

A typical day involves meeting with community partners to “co-develop” strategies. The foundation’s “Road Map Project” illustrates how Bley collaborates with community partners such as nonprofit organizations, public schools, state funders and local families. The project has an ambitious goal: Double the number of South King County and South Seattle students who are on track to graduate from college and begin careers by 2020, and close the opportunity gap for low-income students and children of color.

“The path out of poverty is educational attainment and we’ve created a bridge from crisis to an educational pathway,” Bley says. “We’ve created a community around this… (and) a positive environment in which to tackle these issues.”

Early in his career, Bley was working as a community organizer for a tenants’ union when he enrolled in Seattle University’s College of Arts and Sciences to pursue a Master of Public Administration. While here, he was awarded a fellowship to work as a White House management intern. Seattle U enabled him to fast track his degree to take advantage of the opportunity.

His relationship with Seattle U continues today as a parent, volunteer and donor. He serves on the Seattle University Youth Initiative Advisory Board, which helps to advance SU’s campus-community partnership supporting academic achievement for low-income youth in the neighborhood bordering campus. At the Gates Foundation, he has been a key partner in Seattle U’s initiatives to alleviate homelessness, a priority shared by the foundation.

“There is a high personal alignment between Seattle University and me,” Bley says. “I would never have gone to SU if I didn’t think it provided a great education. The bonus was the Jesuit tradition and its focus on community values, which overlap with my Jewish values.”

After 10 years at the Gates Foundation, Bley is as energized as ever. He continues to be driven by the social justice values that are “part of my DNA.” For someone who takes the long view of history, the lessons he learned as a child remain integral to his unwavering commitment to social justice.

“A well-educated populace knows its history and knows that with the right response, we can solve our problems,” Bley says. “That’s the history of America.”