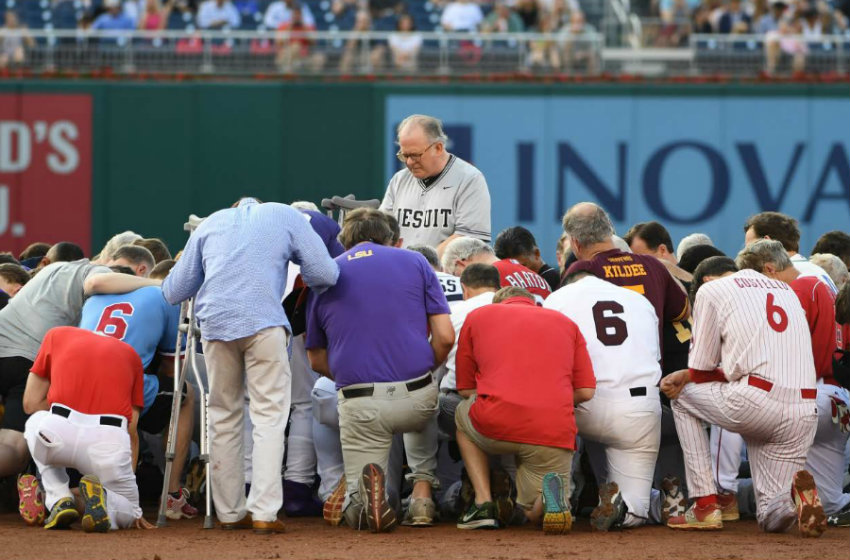 Pat Conroy, S.J., chaplain of the House of Representatives, is pictured here offering a prayer before the Congressional Baseball Game on June 15. A longstanding tradition that pits Democrats against Republicans to raise money for charity, this year’s game came on the heels of a shooting that injured House Majority Whip Steve Scalise and three others while they were practicing.

A member of the Oregon Province of Jesuits, Father Conroy previously served in Campus Ministry at Seattle University. Sworn in as House chaplain in 2011, Father Conroy spoke with The Commons during a return visit to campus in fall 2012.