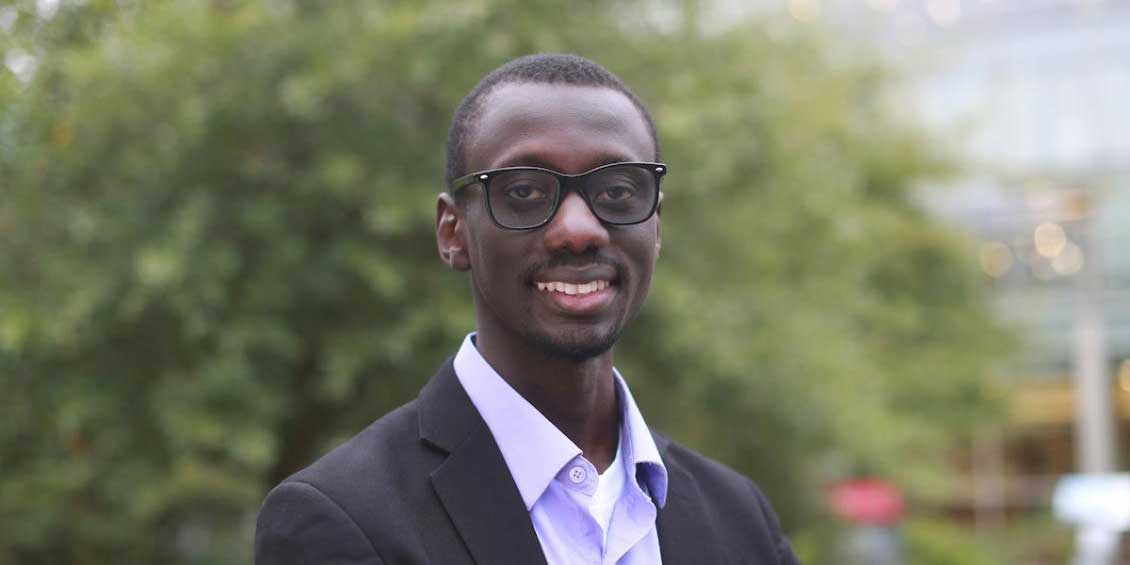 To Pa Ousman Jobe, ’18, knowledge is the catalyst for liberation.

For Jobe, who grew up in Bakau, Gambia, this quest for what he calls “total freedom” led him to Seattle University and underpins his work as Student Body President. His aim: inspire, uplift and empower peers by giving them a voice and a platform for dialogue on issues relevant and impactful to their lives.

An Albers student majoring in finance with a minor in economics, Jobe is part of the university’s inaugural cohort of the Alfie Scholars program, which helps make the dream of a bachelor’s degree a reality for transfer students from two-year colleges.

This isn’t Jobe’s first time in student government—he served as president while at Highline College. Leadership as a means to create positive change drives his work as Student Body President and it’s a position he takes seriously.

“Living through a world filled with so many issues around oppression and marginalization, we can’t expect anyone to solve our problems for us. We are all part of the problem and we ought to all be part of the solution,” Jobe says. “Students are inundated with different issues daily and I am set out to do my part in ensuring such issues do not get passed on to those yet to come.”

The Seattle U student body presidency means many things to Jobe. At the heart of it, he says, is the ability to “amplify the voices of those who are vulnerable.”

“It means sharing the power … that comes with the presidency with others, thereby collectively elevating and uplifting each other,” he explains. “The presidency means looking around the room and around the table to see who is missing and how do we invite them in. The presidency is bigger than me…”

Jobe also aims to bridge the gap between students and administrators.

Post-Seattle U, Jobe’s plans include law school, where he says he aspires “to gain the knowledge to continue the fight for and with marginalized communities in legal capacities.”

And his advice to incoming students—get involved, be curious, question the systems and explore all that is around you.

“Seattle University seeks to educate the whole person and as such, I invite them to bring the wholeness of who they are to everything they do,” he says. “Take your time to explore who you are and your passions and design your own journey. My hope is for them to fill their university experience with beautiful dreams and leave Seattle University with a greater desire to fight, love and be in solidarity with others.”