Bringing Smiles to the World 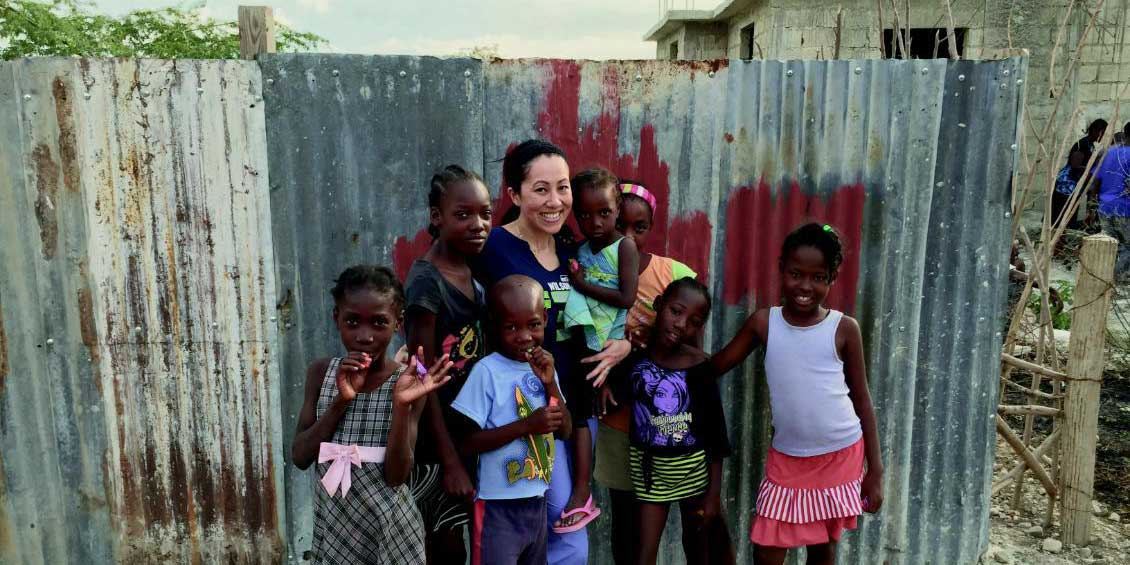 In the early years of growing her dental practice and starting a family, Nhi Pham, ’95, struggled to make space in her life for an intrinsic calling to serve others. When she confessed this to her husband, also a Seattle University alum, his response was supportive but direct: “Work smarter and grow bigger,” he advised. She did him one better. Instead of trying to go it alone, Pham invited others—family, employees and patients—to join her in the causes she cared about.

Today, the Mukilteo Dental Clinic she started 15 years ago is thriving and Pham, who is involved in more than 10 local and international organizations, was named the 2017 “Citizen of the Year” by the Washington State Dental Association.

“If your family and your team believes in your vision,” Pham says, “everything comes to fruition.”

What Pham accomplishes as a volunteer while managing a busy practice and raising three daughters defies comprehension. Describing her as “more than a dentist,” the dental industry’s magazine WSDA News writes, “Pham has dedicated her life to the service of others and through her good works has become something of a legend in Snohomish County.”

Pham says she was surprised by the award but quickly saw an opportunity to use it as a “platform for others to come forward” and share in her community vision. “That’s what creates meaning,” she says.

Emphasizing the aggregate of Pham’s good deeds risks losing sight of their personal nature. Veterans and refugees are especially close to her heart. At the same time, the former Seattle University Sullivan Scholar is an astute manager who realizes that mentoring the next generation of both dentists and philanthropists is the best way to broaden her impact.

Seattle U’s Jerry Cobb, S.J., who has known Pham since her undergraduate days, says she reflects well on the university’s prestigious award reserved for students of the highest character and academic caliber.

“Nhi is my ideal of a Sullivan scholar alumna,” Cobb says, “because of her combination of personal warmth, deep insight and heroic hard-work habits.”

Part of Pham’s gift is in seeing her business as a vehicle for social justice. After all, how many dental offices have a community outreach coordinator on the payroll? Clinic employees have joined Pham on overseas dental mission trips. Last This summer, patients, especially children, were encouraged to “take a selfie” to generate food bank donations. And the clinic’s annual “Freedom Day” provides free dental care for military veterans from throughout the region.

“The Mukilteo Dental Clinic is not just about dentistry,” Pham says. “It is a foundation or a platform for a bigger vision to give back to the community.”

Pham’s call to serve can be traced to her home country of Vietnam and its civil war that left her tethered to two cultures. She was age 2 in 1975 when the North Vietnamese Army took control of Saigon. Her father and grandfather, then South Vietnamese soldiers allied with the United States military, faced imminent danger. So Pham, her sister, parents and extended family piled into a rickety fishing boat and joined the tens of thousands of refugees who took their chances on the high seas rather than face persecution by an enemy government.

Hope came when U.S. Navy ships appeared and began pulling refugees aboard. In the melee, Pham’s family became separated. She, her mother, grandmother and six other children were left floating at sea for more than a week. Fortunately, American ships returned and the family was reunited in Guam. Next came a refugee camp in Arkansas, followed by the family’s relocation to Mukilteo, where they were sponsored by St. Michael Catholic Church.

Pham has never forgotten how Mukilteo residents welcomed her war-weary family that spoke no English. Observing the kindness of her neighbors and witnessing her poor immigrant family send money to relatives back in Vietnam—not to mention the heroism of the U.S. Navy—burrowed deep into Pham’s psyche.

“If we don’t remember our roots, how will our children remember where we come from?” she asks. “I want to honor the past.”

The definition of community is broad for Pham, a devout Catholic. A board member for Medical Relief International (MRI), a Christian relief agency, she is helping to open a medical and dental clinic in Tanzania and has traveled to Haiti, Ecuador and most recently Greece, where she provided dental care to Syrian and Afghan refugees. As a refugee herself and a professional woman of color, she feels she provides something more: a symbol of hope and “a role model for girls around the world.”

Pham is often asked why she goes abroad when there is so much need at home. Her reason boils down to something she learned in a Seattle U religious studies class some 25 years ago.

“Every human being has the fundamental dignity and likeness of God,” she says. “That is still etched in my mind and in my heart. We’re all called upon to serve locally and globally.”

The university left an indelible mark on Pham. The late William Sullivan, S.J., many Jesuits and professors became lifelong mentors. Though she majored in science, she took nearly as many religious studies classes and ruminated about the “rights of human beings.”

“Seattle U’s liberal arts education and the Jesuit values instilled in me allowed me to become a better dentist to my patients and the greater community at large,” she says.

Years later she met her husband, Christian Kim, ’02 MBA, ’05 JD, who shared those values. Together they are raising their daughters to see community service “as a way of life.”

“My heart is there to serve my community,” Pham says.

Read more stories like this in the winter 2018 issue of Seattle University Magazine out in mid-January.