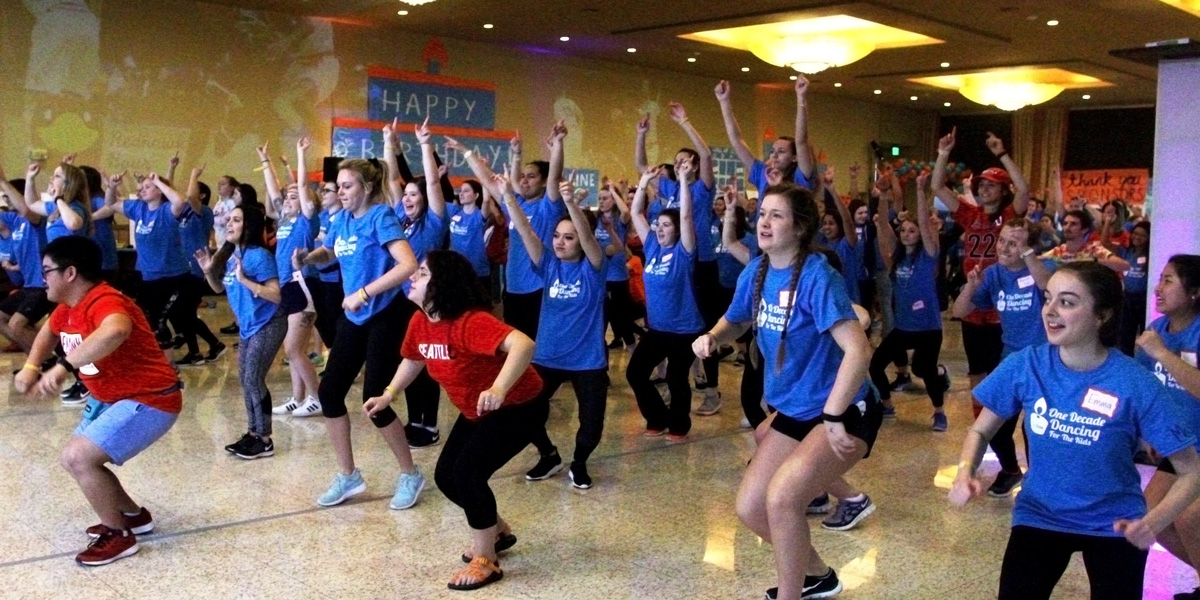 A big congratulations is in order for the students of Seattle U.

Seattle University’s Dance Marathon, the student-led effort to raise money for children battling diseases and other life-threatening illnesses, has received national recognition for its 2017 marathon. The “Best Campaign” award was presented to SU last month at the 2017 Dance Marathon Leadership Conference.

“Over 300 collegiate dance marathons were eligible, and we were proud to just be among the 10 nominees,” said Associate Director of The Center for Student Involvement Nayland Olsen, who advises Seattle University Dance Marathon. “That we won the award came as a surprise to us and we are so proud of the work our community did to achieve this major honor.”

To commemorate Seattle University’s anniversary, the students set out to raise a thousand dollars for every year of Seattle University’s existence. When the last song was played and the final heel kicked up at the 16-hour marathon in mid-February, SU’s students had not only raised $125,000—they had blown by their goal to pass the $148,000 mark.

“(W)inning the award for the Best Campaign in the nation really spoke to the power that the Seattle University community has,” said Desi Caswell, executive director of SU Dance Marathon and a senior majoring in Humanities for Leadership and Cultural Anthropology. “To see such a huge response of giving and compassion towards SUDM from the Seattle community speaks wonders about the work that Seattle Children’s Hospital is doing for both local families and cancer research globally. SUDM has a lot of pride in our school, our hospital, and our city and it was incredible to see our fundraising efforts awarded at a national level!”

SU’s Dance Marathon is the oldest of its kind on the West Coast. Over the past decade, the effort has cumulatively brought in more than a half million dollars to support kids at Seattle Children’s Hospital who are fighting cancer and other life-threatening diseases and conditions.

The “Best Campaign” award sits alongside previous recognitions the university has received for the Dance Marathon, including special honors for its website, alumni engagement and commitment to inclusion.

“We loved raising over $125,000 for Seattle Children's this year in celebration of Seattle University's 125th anniversary and can't wait for another great year!” said Olsen.