Written by Office of Alumni Engagement 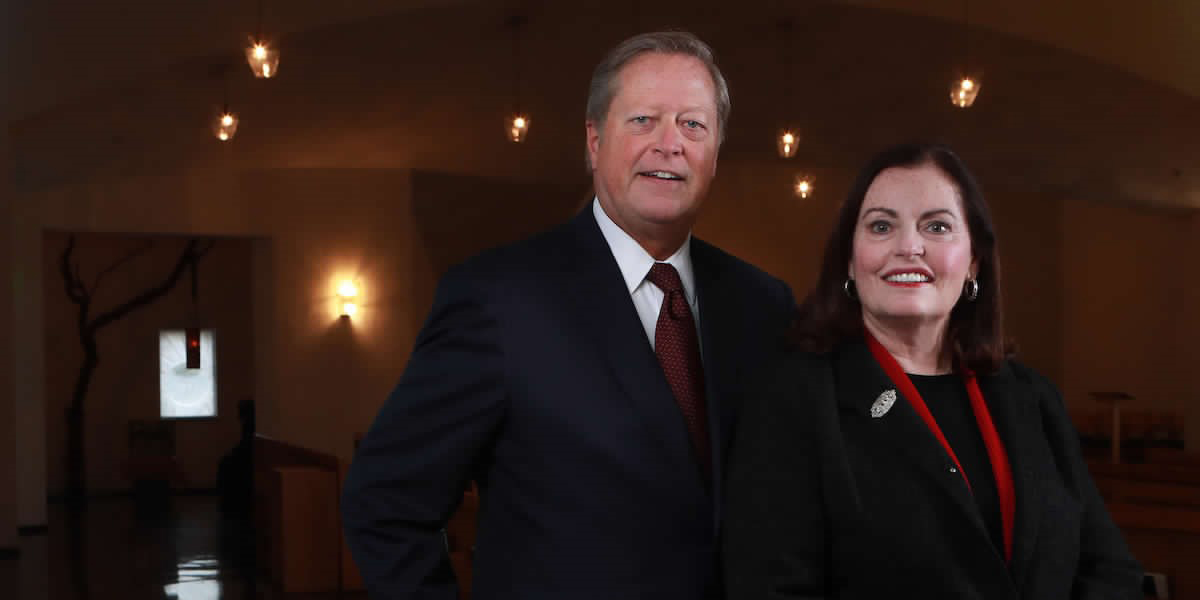 President Stephen Sundborg, S.J., the Seattle University Alumni Association and the Alumni Board of Governors are pleased to announce Seattle University’s 2018 Alumni Award recipients. For the past 33 years, Seattle University has celebrated the Alumni Awards, honoring alumni who exemplify our Jesuit values and excel in the areas of leadership, professional achievement and community service. We had an excellent slate of nominees in all categories and the outstanding winners introduced below rose to the top.

The following alumni and faculty will be celebrated as part of Reunion Weekend at the 33rd Annual Alumni Awards Celebration on Friday, May 4, at 6 p.m.

Jim, ’69, and Jan Dwyer, ’70, have shown lifelong commitment and leadership to Seattle University. Both served long terms on the Alumni Board of Governors and Board of Regents and Jim served on the Board of Trustees. Jan and Jim (above) have volunteered their time for numerous fundraising campaigns, including chairing the Seattle University Gala. Jan is an avid leader and supporter of women’s athletics; together they are chairing the Red Tie Celebration this year. Jim served on the Center for Leadership Formation Advisory Board. He is president and CEO of Delta Dental of Washington and serves on several boards.

Peter Lee, PhD, ’64, is one of Seattle University’s earliest international students and remains actively engaged. Lee led the way for Coca-Cola to be the first international company to re-enter China, becoming president of Coca-Cola China. He led the Hong Kong alumni chapter for 17 years. Through his efforts, President Stephen Sundborg, S.J., was the first SU president to visit Hong Kong. Lee made the lead contribution and secured the remaining funds for the Asian Studies Program and established the Peter L. Lee Endowed Lectureship in East Asian Culture and Civilization. Lee has demonstrated extraordinary dedication to his alma mater.

Bernadette O’Leary, ’97, principal of St. John Catholic School, is described as one of the finest educators and school leaders whose talent and dedication rises to the top. “Bernadette is a woman for others with a clear commitment to social justice,” says Katrina Freeburg, a former colleague. O’Leary models this to her students through her volunteerism and personal attention to students and families, while she engages her students in service in the community. Her greatest legacy is her leadership in raising funds for St. George Catholic School’s gym, known as the Miracle gym. O’Leary is respected for her integrity, kindness and compassion.

Major General Barbara (Bonine) Holcomb, ’87, is the Commanding General of the U.S. Army Medical Research and Materiel Command (MRMC) and Fort Detrick, Md., the first nurse to serve as commander there, and is Chief of the U.S. Army Nurse Corps. She became commander as a captain and commanded at every rank thereafter, including as the first nurse to command Landstuhl Regional Medical Center. Holcomb was deployed to Desert Shield/Desert Storm, Macedonia and Kosovo and served as commander of a Combat Support Hospital in Iraq in support of Operation Iraqi Freedom and New Dawn. She is highly awarded and decorated for her extraordinary career.

Professor David Madsen, PhD, ’69, graduated from Seattle University in 1969 and joined the faculty in 1981 as an assistant professor of humanities in Matteo Ricci College. Associate professor in the history department since 1996, Madsen has directed the University Honors Program, moderates the Naef Scholars and has served as Grand Marshall for 18 years. Madsen is the “go-to guy” to serve on committees at all levels of the university. He and his wife, Mary Anne, ’95, are loyal donors and members of the Legacy Society. Alumnus Izzy Gardon, ’16, maintains, “There will never be a professor more deserving.”

Shasti Conrad, ’07, is a dynamic change maker whose work is guided by diversity and inclusion. She was a White House intern under President Barack Obama and then moved to a West Wing job with the senior advisor to the president. As a Princeton Graduate Fellow, she worked with The Malala Fund, travelling with Malala Yousafzai to the Nobel Peace Prize Ceremony. She ran for Washington State’s 37th Legislative District Senate seat, placing third despite being the youngest of eight candidates. Conrad is State Committeewoman to the Washington State Democratic Party and the U.S. campaign manager for the 100 Million Campaign.

Read the full profiles of these recipients at Alumni Awards.