Legacy of Leadership: A Presidency in Pictures

Reflecting on highlights of Father Steve’s tenure at Seattle U

This June, Stephen Sundborg, S.J., ends his 24 years as Seattle U’s president—the university's longest serving president—and embarks on the next stage of his life. During his time at the university, Father Steve—as he was fondly known—led the university through many of its most pivotal and defining moments of transformation and innovation. In this fourth and final installment of Fr. Sundborg’s legacy and leadership series, we look back at his presidency in photos. 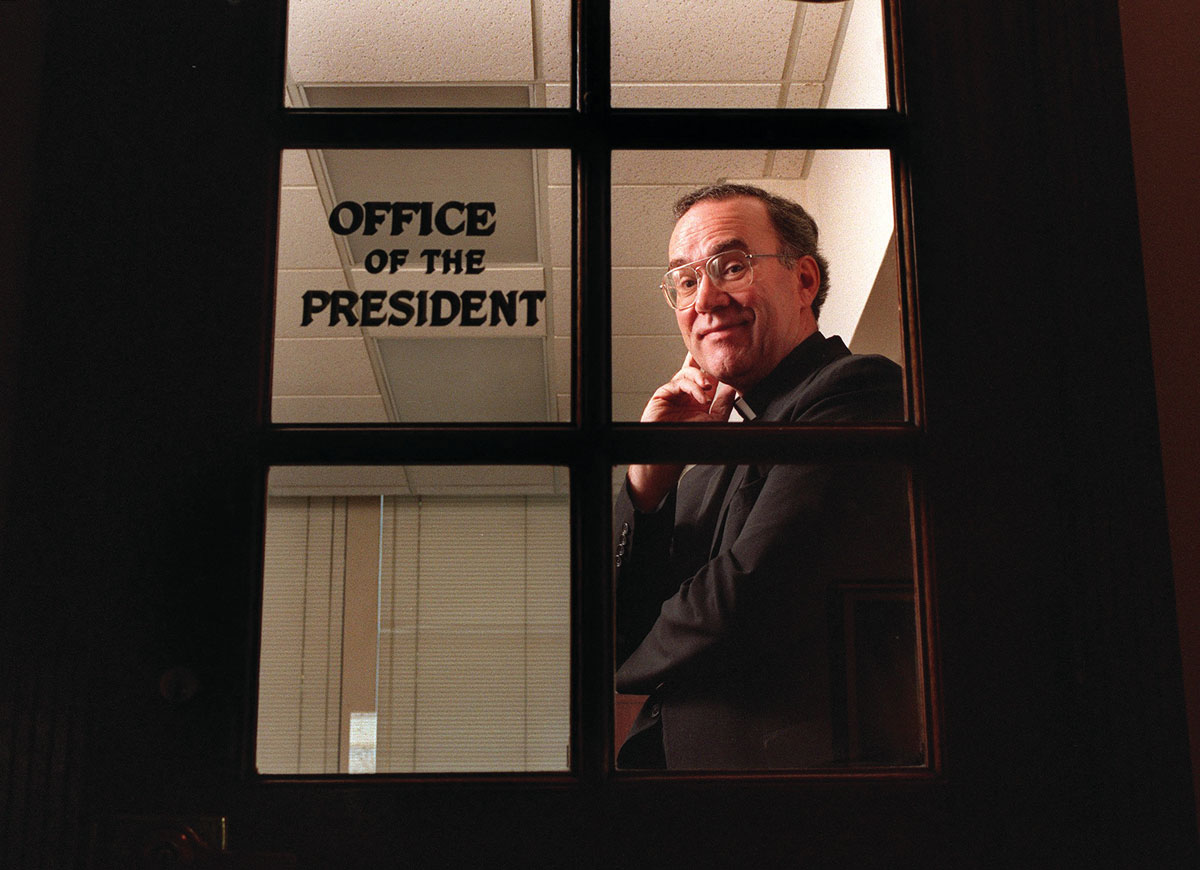 Father Sundborg, photographed behind his office door shortly after he took the reins as Seattle U’s 21st president. 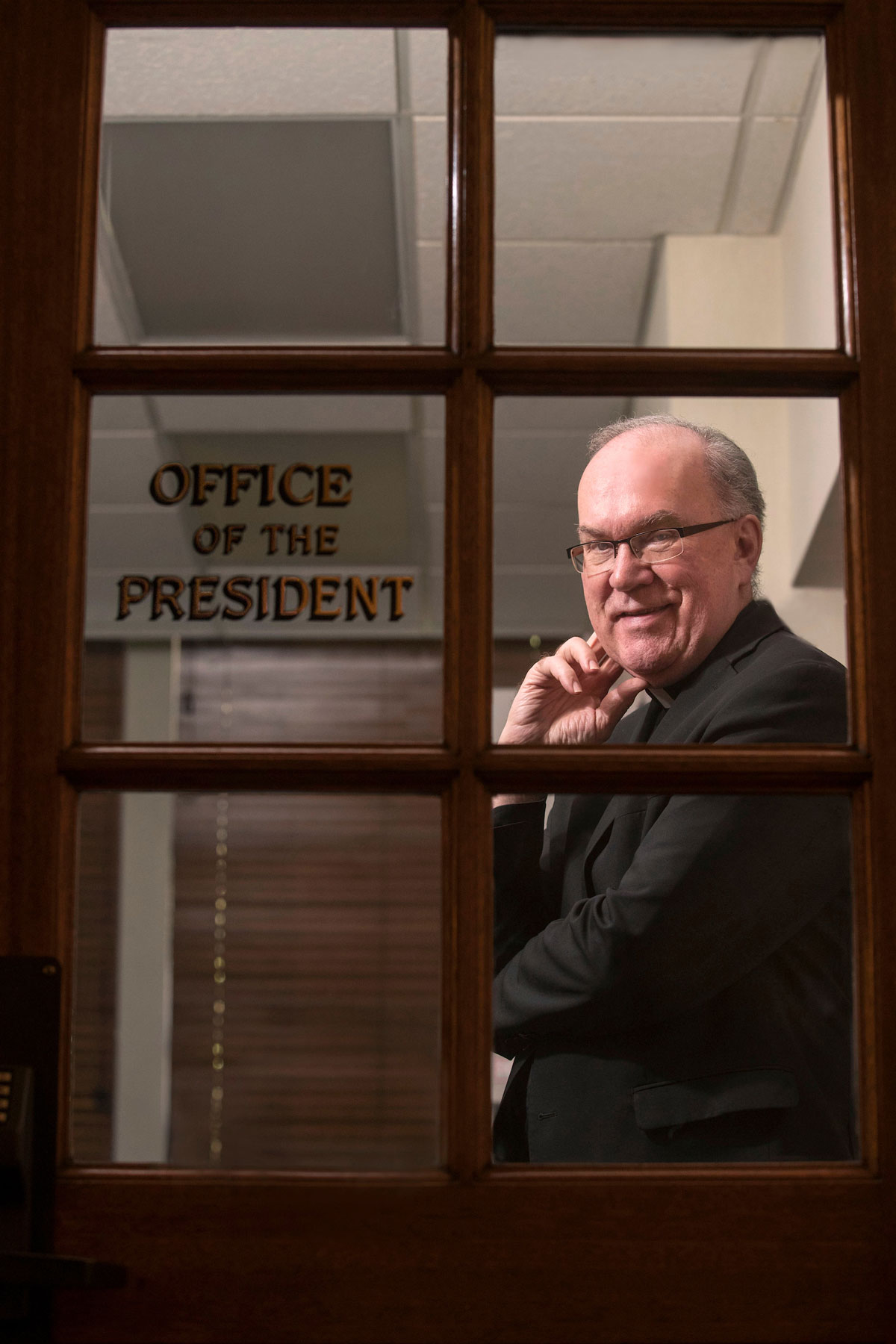 Flash forward: That same photo, taken after his 20th year in office. 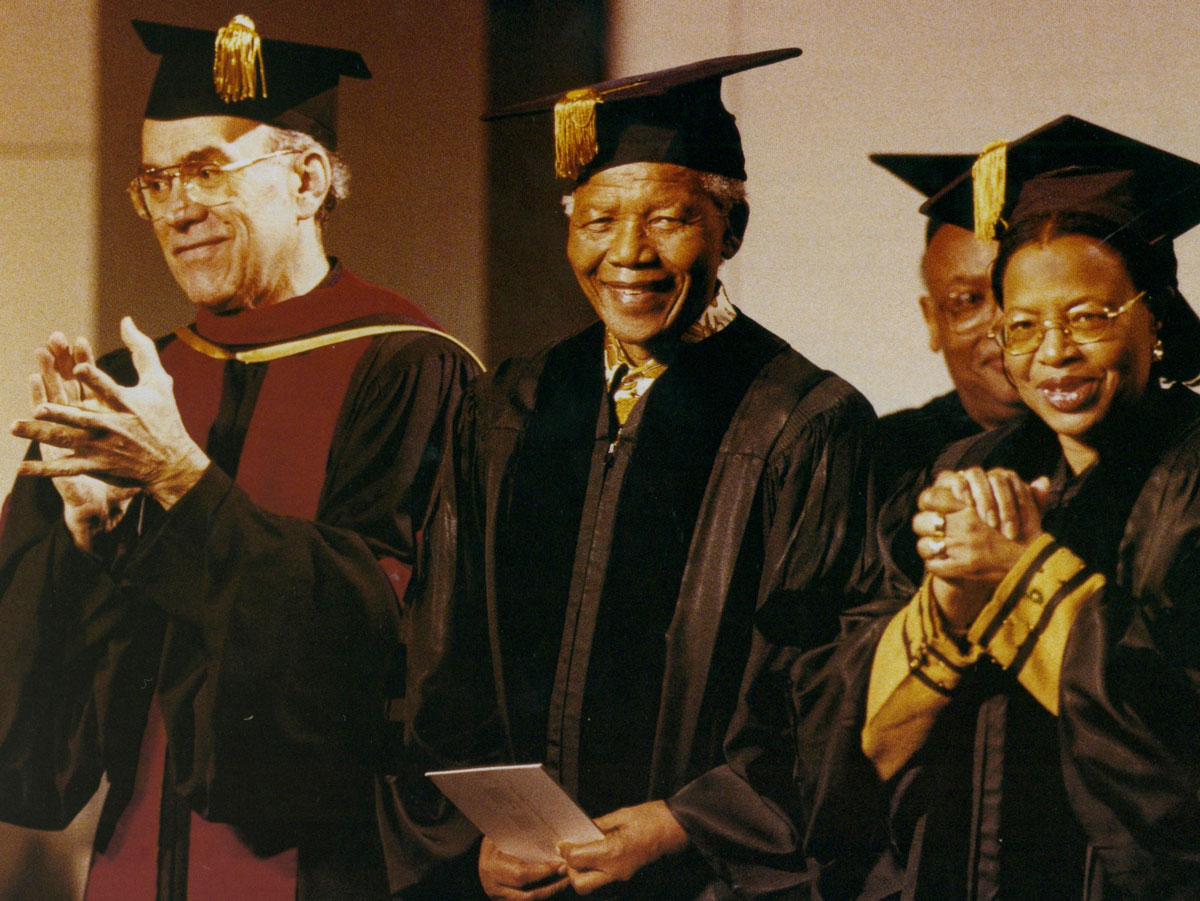 As president, Fr. Sundborg welcomed many local, regional and national leaders and dignitaries to campus and conferred honorary doctorates on several notable individuals such as Nelson Mandela. 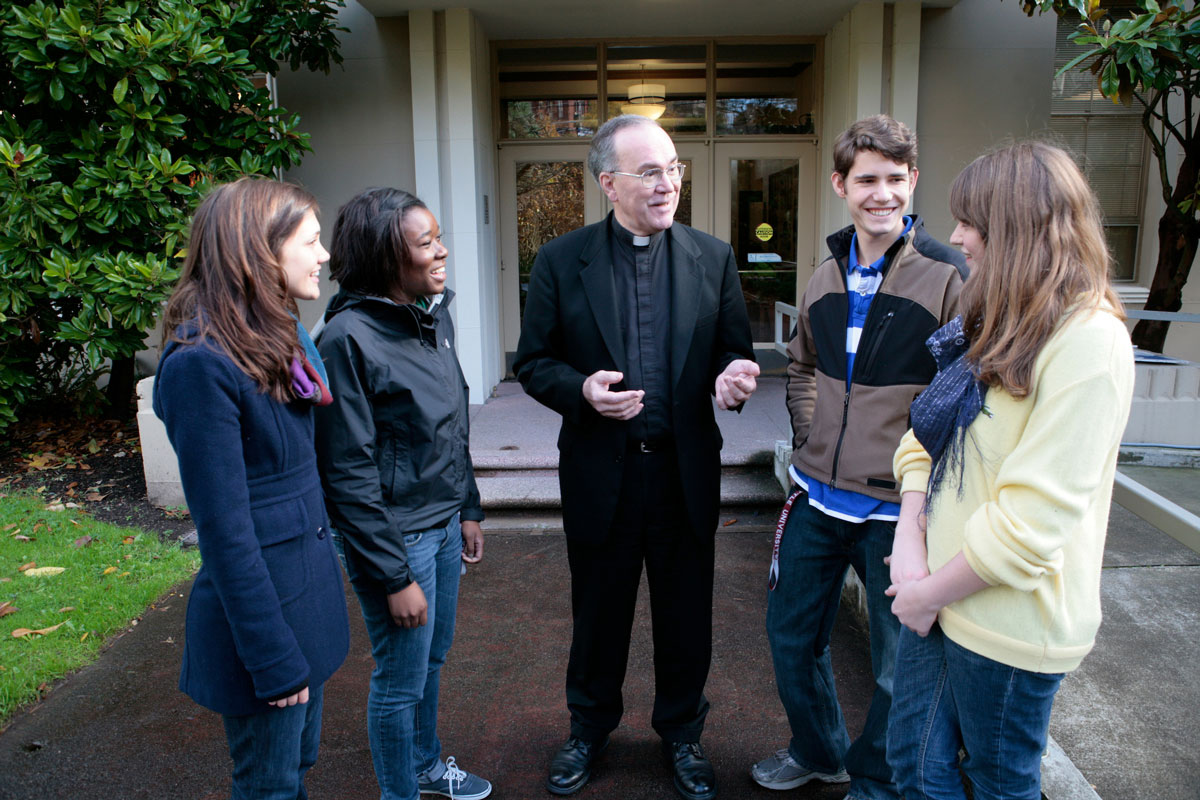 President Sundborg—known by many as Father Steve—was recognized for his personable, friendly rapport with students, often stopping them to catch up or inquire about a class. 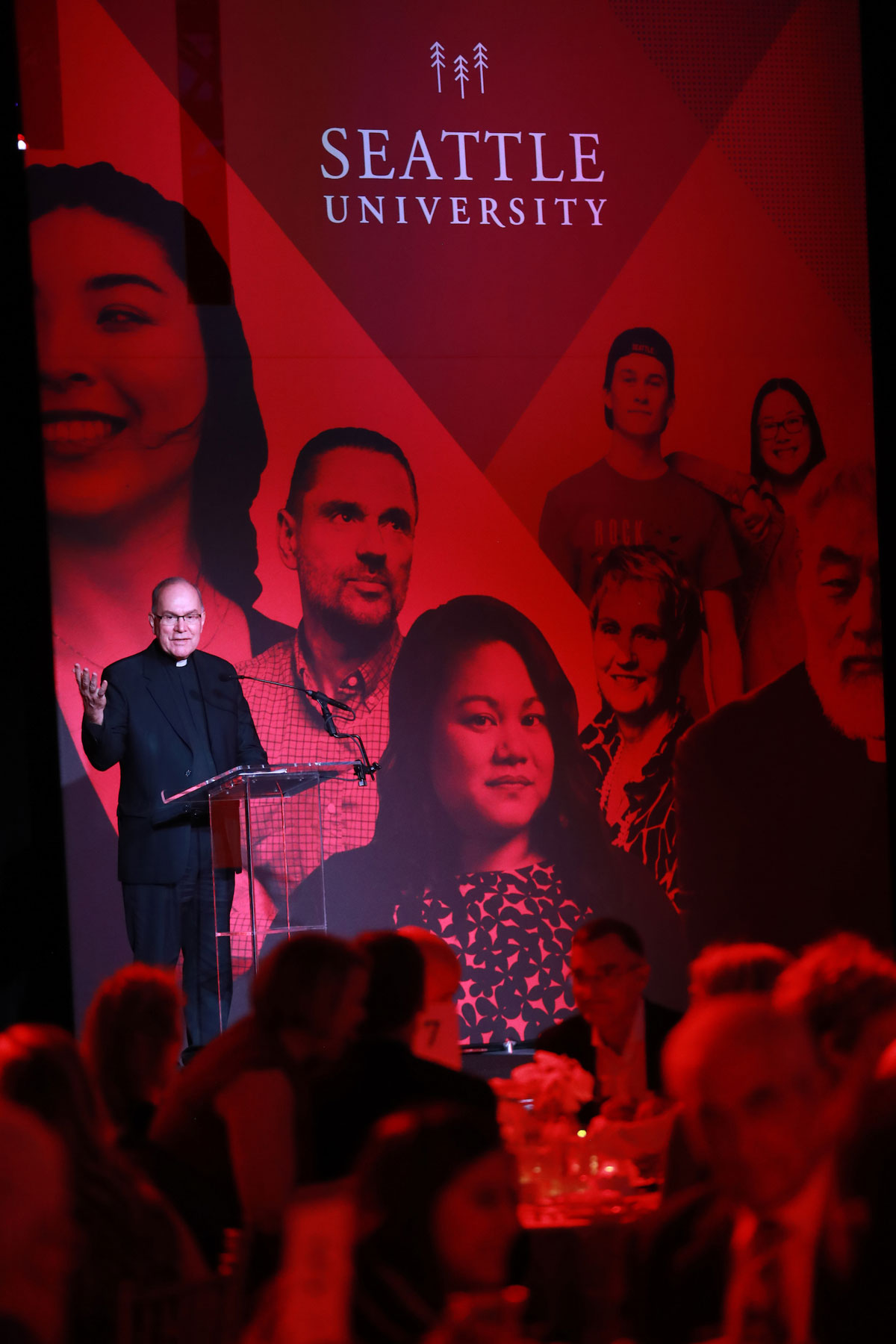 President Sundborg formally kicks off the public phase of The Campaign for the Uncommon Good, the university’s largest—and his last as president—capital campaign. 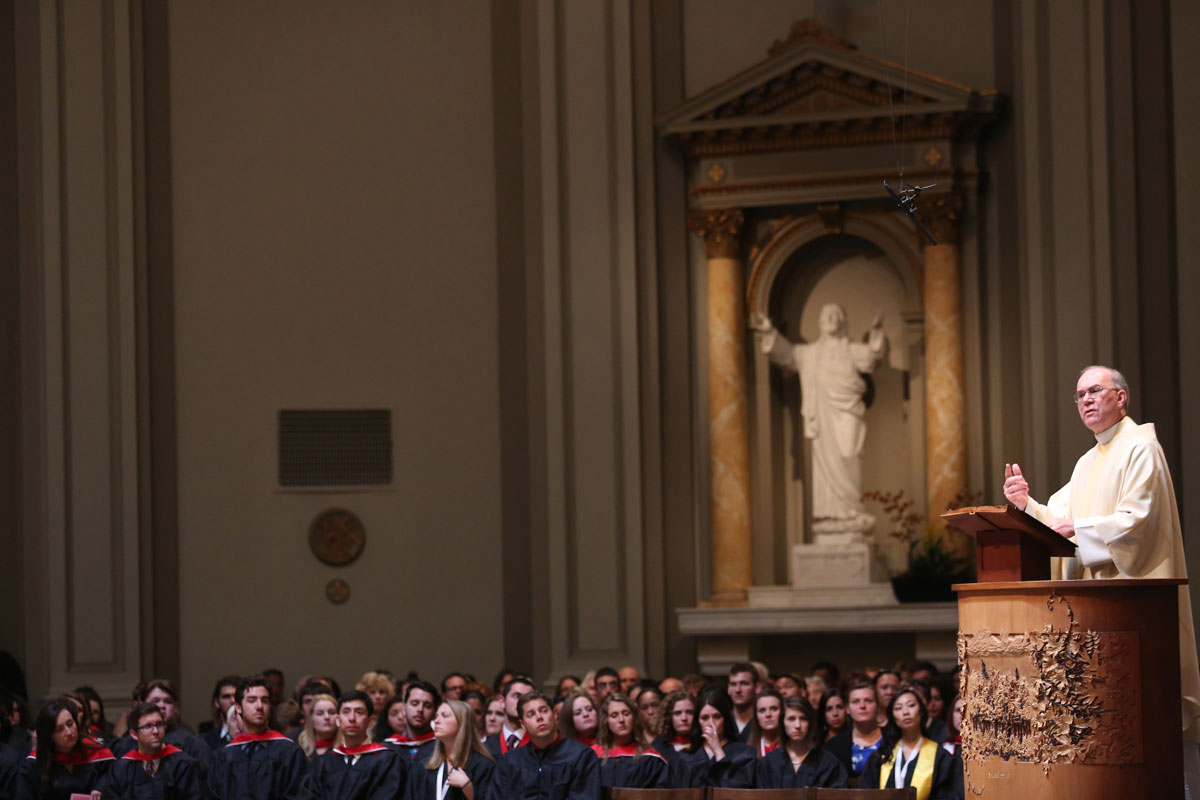 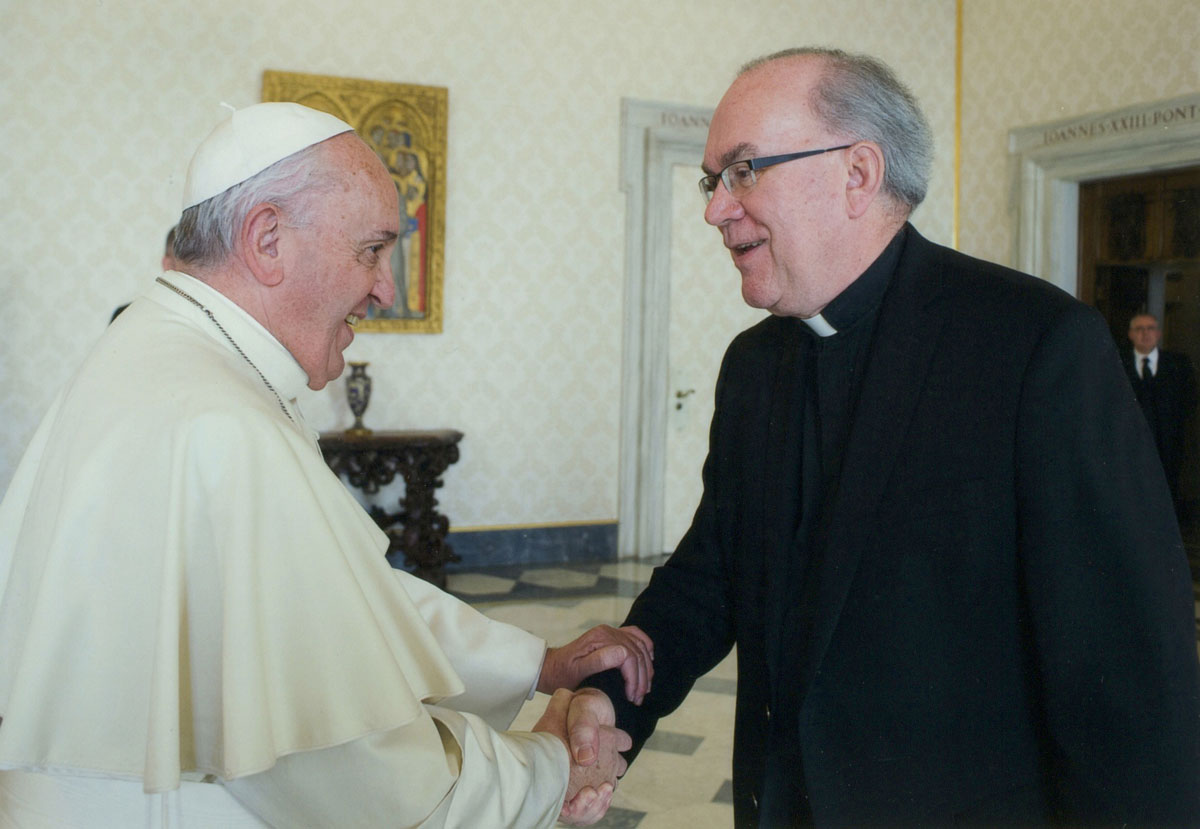 Fr. Sundborg greets Pope Francis during a visit to Rome. 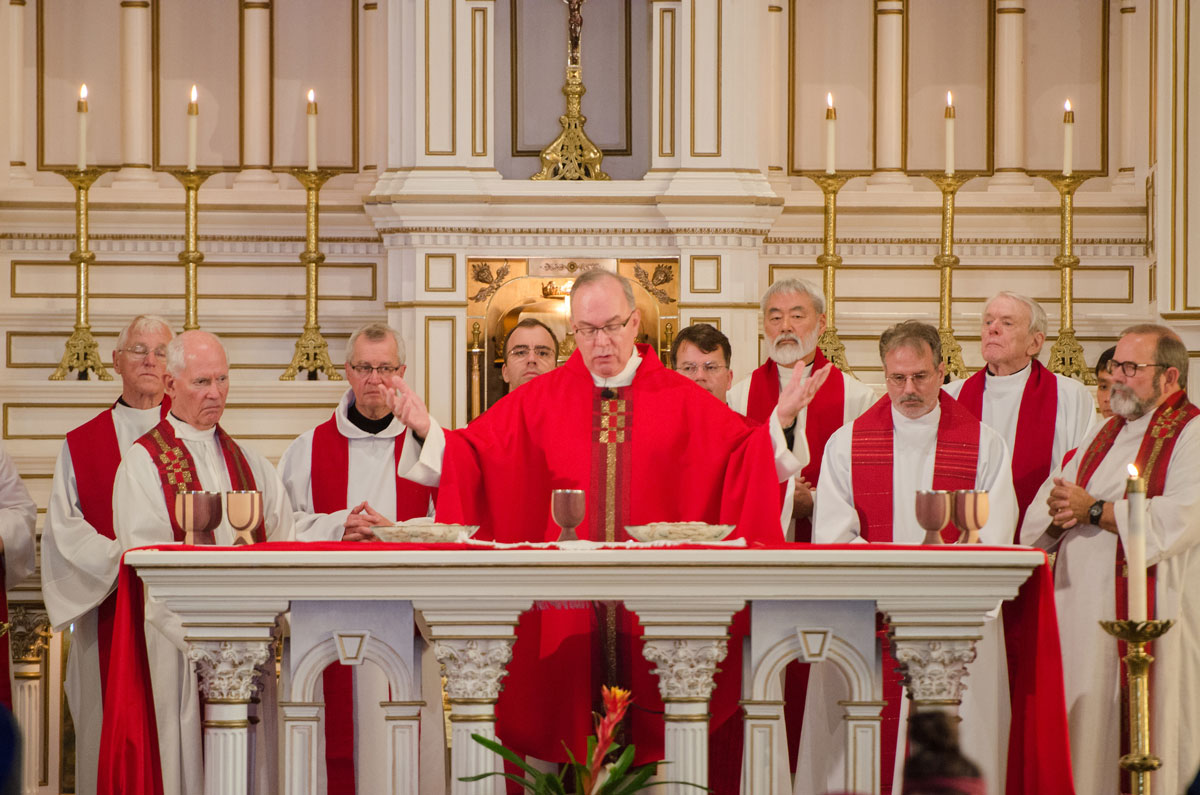 President Sundborg, flanked by Seattle U Jesuits, delivers remarks at the Mass of the Holy Spirit. 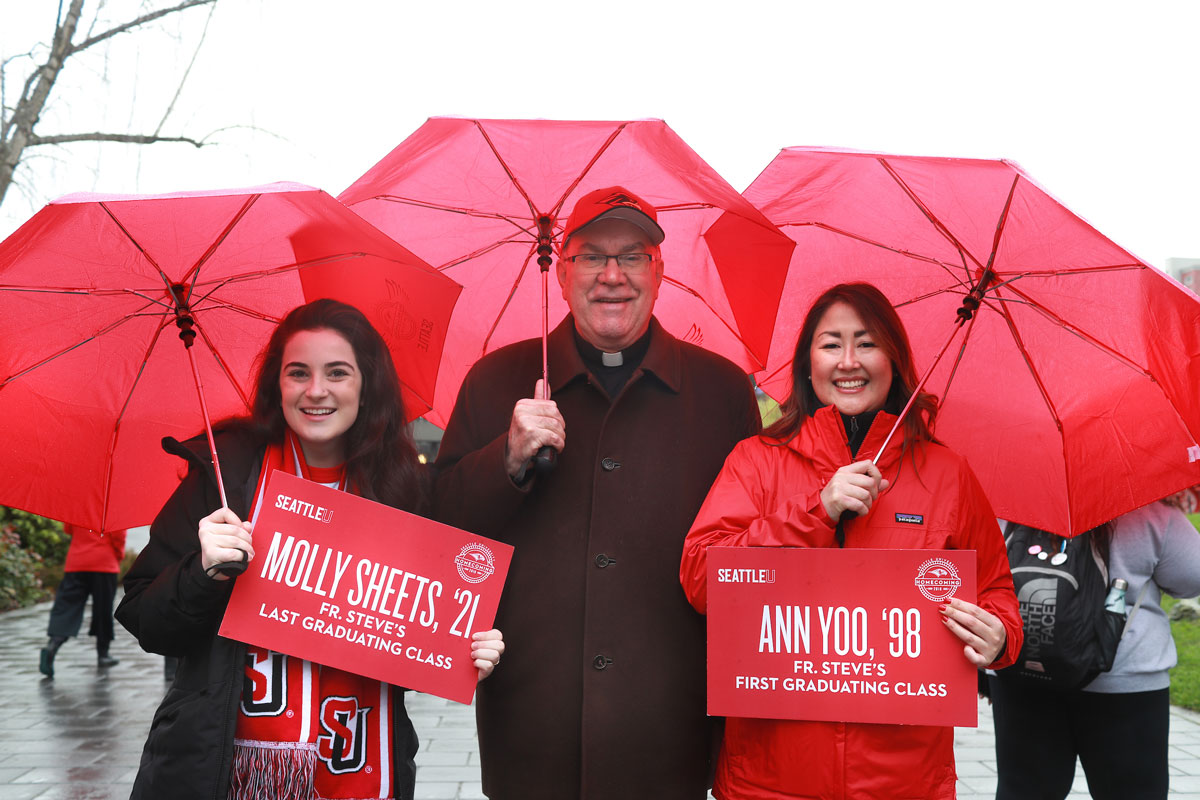 Father Steve was a regular fixture at many alumni events, including Homecoming and games where he displayed his Redhawk pride! 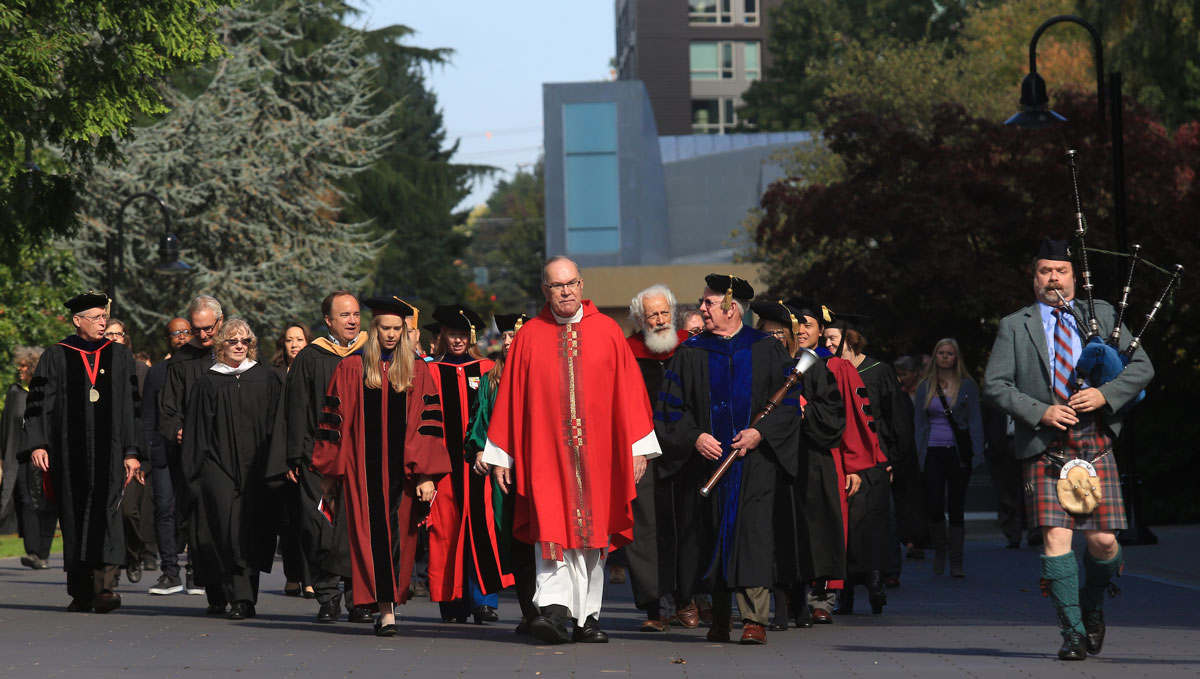 President Sundborg leads the procession of faculty, staff and community members to the Mass of the Holy Spirit. 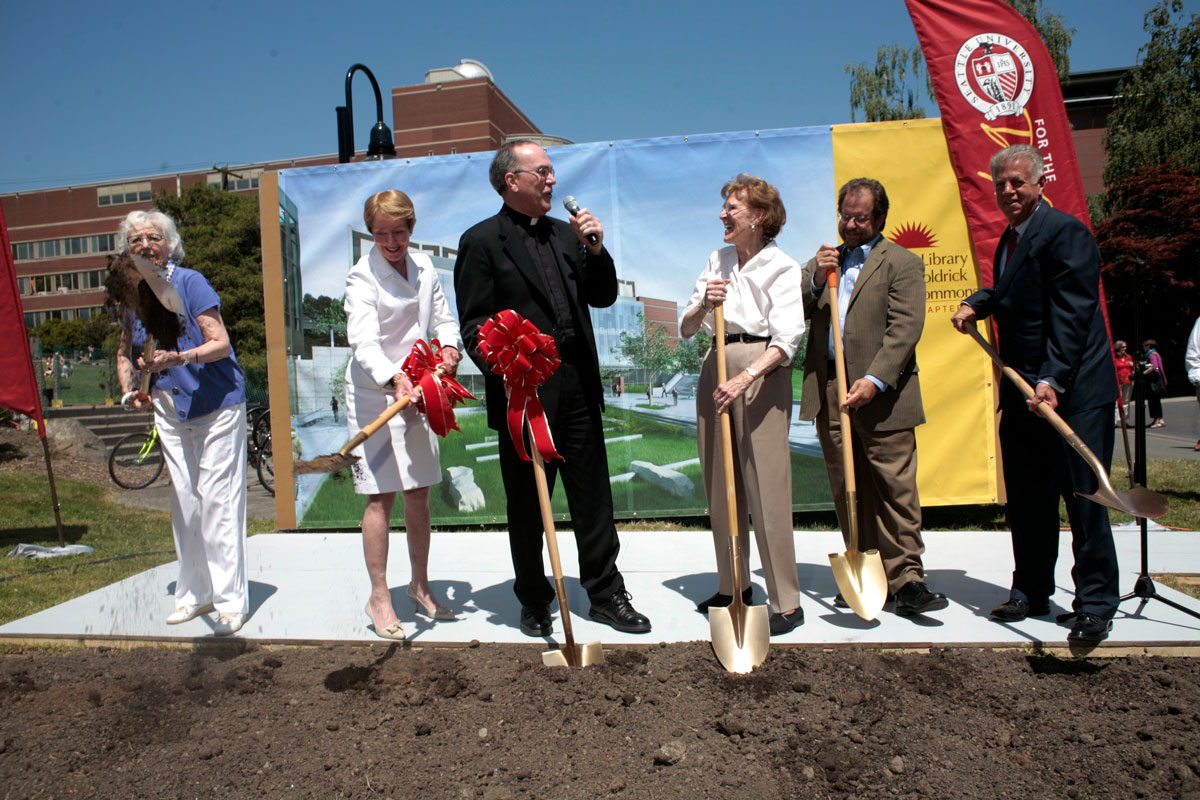 The campus transformation under Fr. Sundborg’s tenure has been striking. Here, he participates in the groundbreaking for the Lemieux Library and McGoldrick Learning Commons. 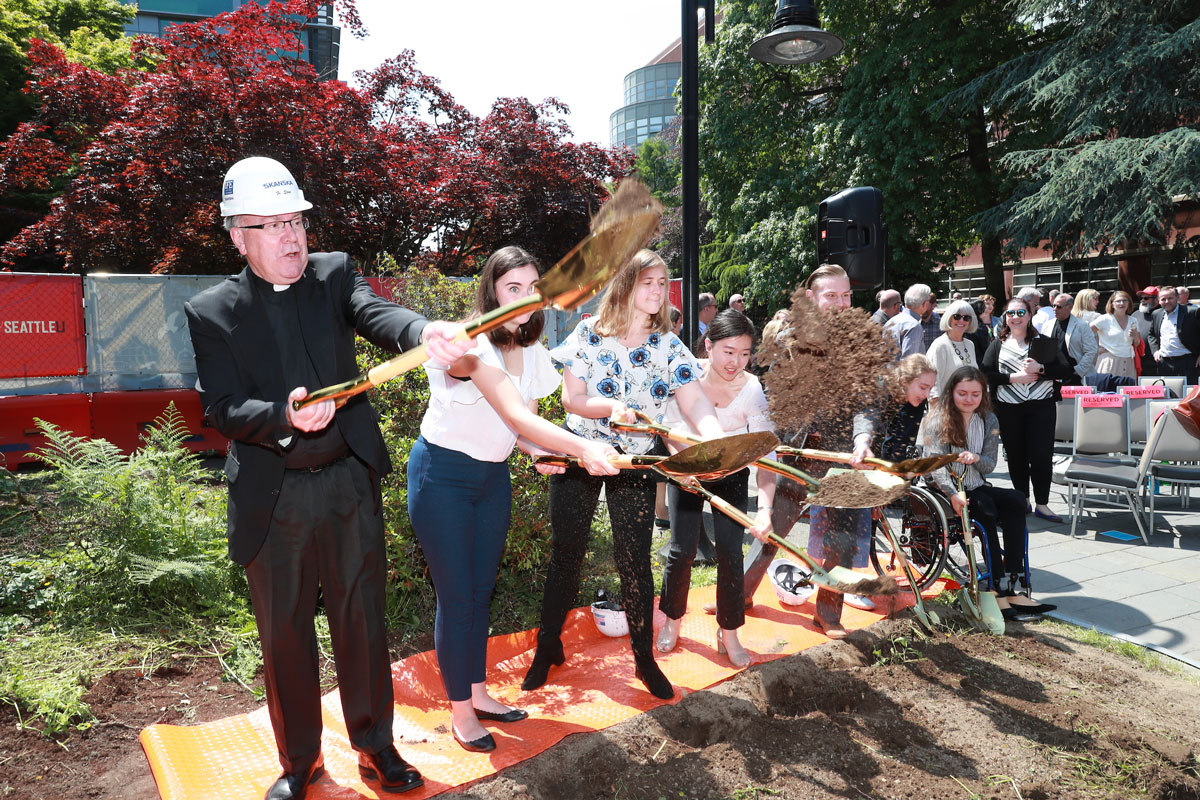 One of the final capital improvement projects under his leadership is the Jim and Janet Sinegal Center for Science and Innovation. Here he joins students at the project’s groundbreaking. The building opens in fall 2021. 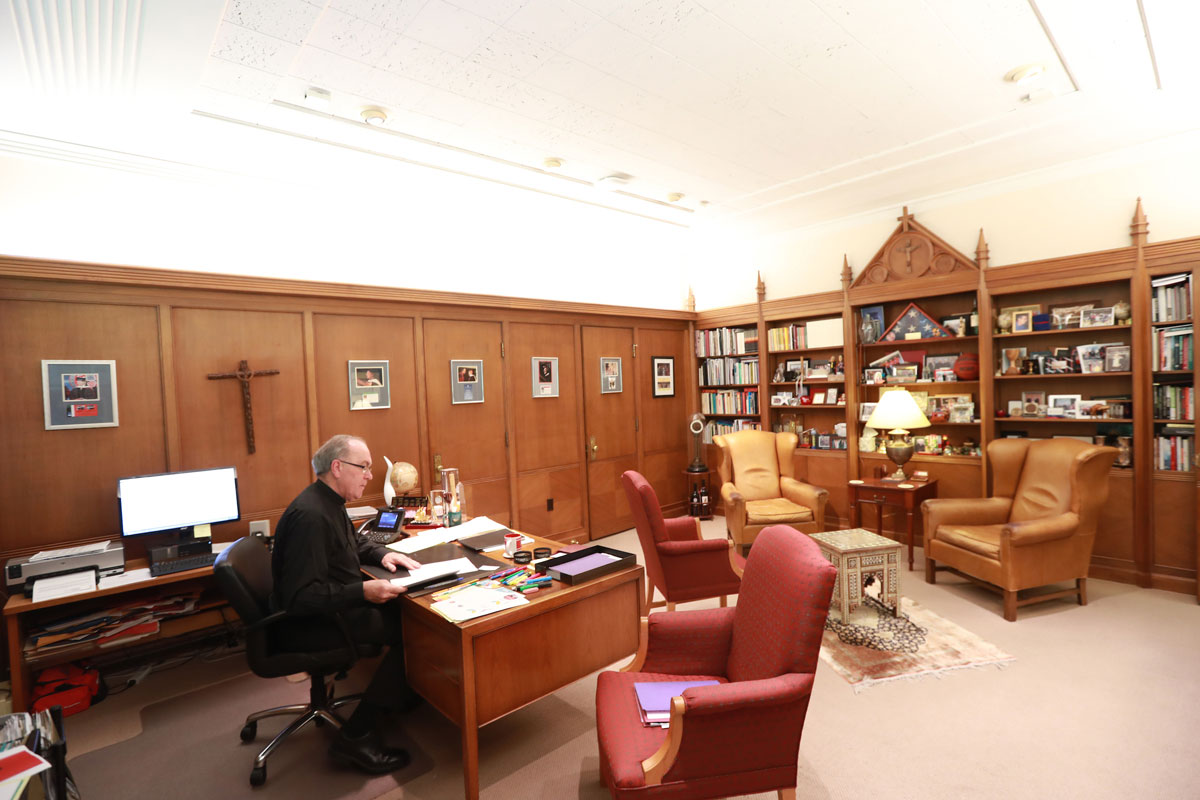 Father Steve at work in his office. 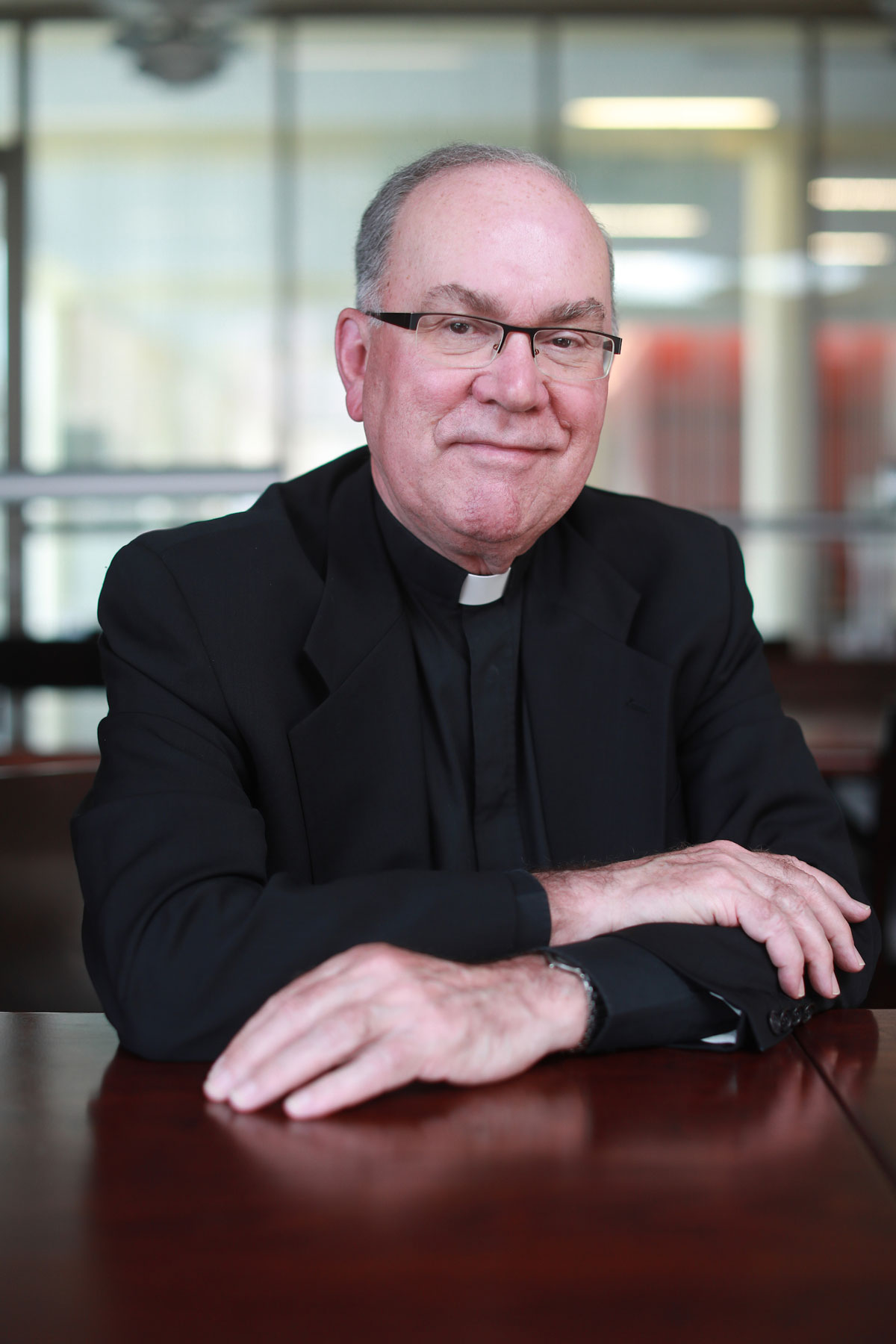 The Seattle U community sends off Fr. Sundborg with gratitude and best wishes as he embarks on the next chapter of his life.