OMA at 50: Charting a Course for the Next Chapter

As Seattle University celebrates the 50th anniversary of the Office of Multicultural Affairs (OMA), its leadership team hopes students experience OMA as a place where they can simply be themselves.

“All of their complex identities—those who hold privilege and power, those who hold marginalization and hurt or trauma—that all of who they are can come and explore and be connected with other students,” says Michelle Kim, OMA director. For minoritized students in particular, Kim wants OMA to serve as “a place where they can take their masks off and just live into the fullness of who they are. That’s what I hope OMA is on this campus.” 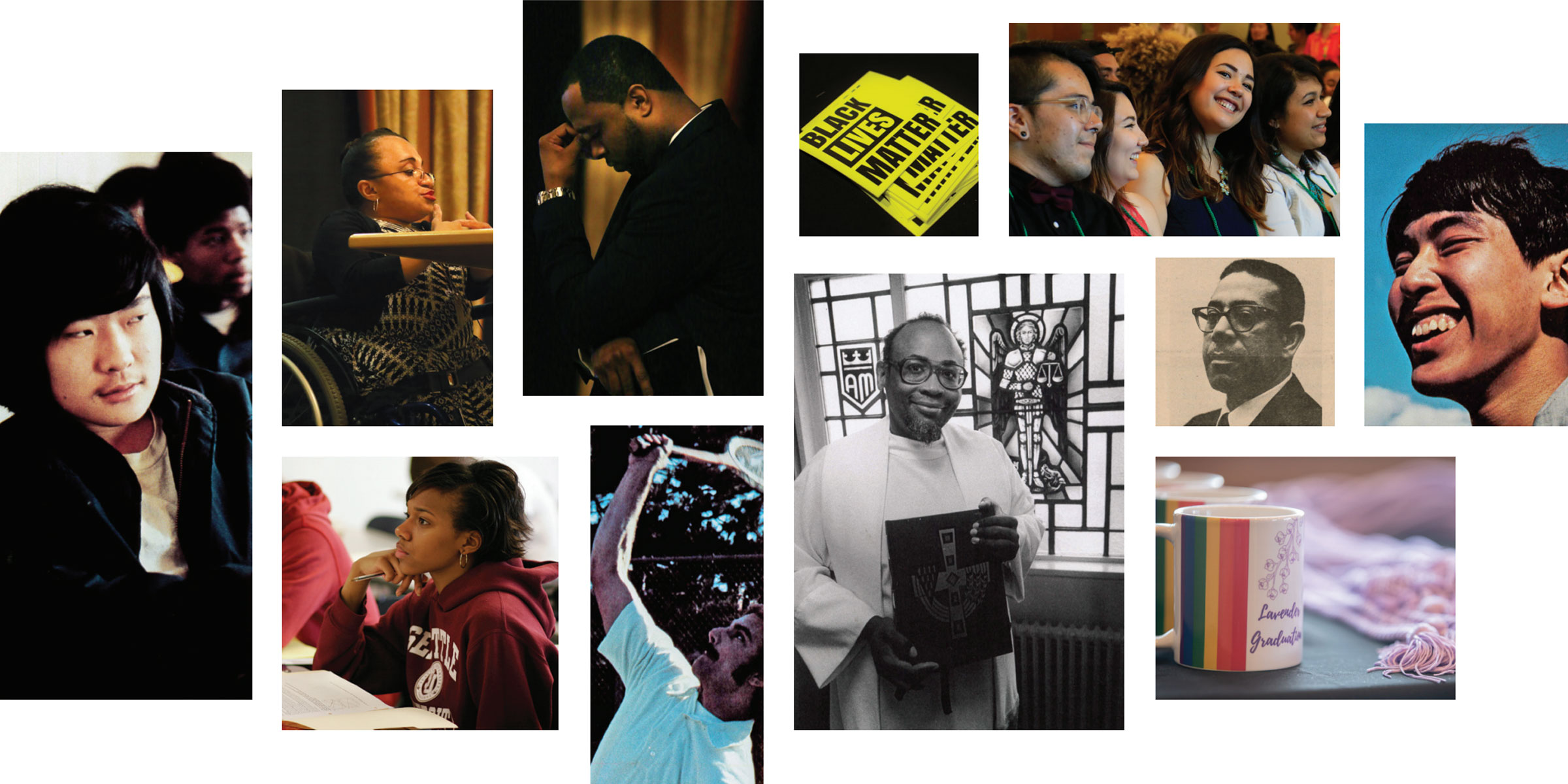 The collective efforts of student leaders and allies that eventually led to the creation of OMA didn’t come easily during the politically turbulent period of the civil rights and anti-war movements of the late 1960s.

The first steps taken by a student to encourage support for diversity on campus were in 1968 through the creation of the Black Student Union (BSU), led by Paul Chiles, ’72. That same year the university introduced a new Black History course on campus in 1968, which would ultimately be taught by Clayton Pitre, ’68.

Finally, in September of 1969, Seattle U President Jack Fitterer, S.J., administered the creation of what was originally known as the Office of Minority Affairs. Over the years, it was also known as the Office of Minority Student Affairs (OMSA) and Minority Affairs Office. Charles Mitchell, ’74, was appointed the first OMA director and went on to serve as President of Seattle Central Community College and Chancellor of the Seattle Community College System until his retirement.

By 1971, President Louis Gaffney, S.J., increased diversity among staff in OMA (directed by Father Joseph O. McGowan S.J., through the 1970s) as Asian and Hispanic students sought recognition and rights on campus. According the 1974 Aegis yearbook, programs like Asian studies originated in what was then known as the Minority Affairs Office.

Three months before the Vietnam War officially ended in 1975, Father Edmund Ryan, S.J., was selected as Seattle U’s next president. Despite his demands for the university to adhere strictly to affirmative action requirements, results “would continue to fall short of expectations for racial progress since Seattle U lacked the resources to compete with larger institutions for available minority scholars and educators,” as stated in Walt Crowley’s historical account of the university, Seattle University: A Century of Jesuit Education.

By the early 1980s, a study of registrations reported the second highest minority enrollment of any four-year institution in the Northwest. To nurture this trend, a scholarship program for African-American high school students was created.

Prior to serving as OMA director from 1997-2000, Eric Davis, ’97, began his time in the office as a student intern while completing his Master of Education in Student Development Administration.

With a bachelor’s degree in African-American/Black Studies, his time as a grad student allowed him to think about the inner workings of OMA theoretically and apply what he was learning in the classroom to a real-life organization serving students. “It was the perfect nexus that offered the opportunity to think about trying some new things,” Davis says.

In 1998, OMA introduced a signature offering known as Connections Leadership Program (CLP), which provides new students of color the opportunity to network and build meaningful connections before Welcome Week.

“I was fortunate to work with a particularly talented team and together we developed CLP,” says Davis. “You don’t often get the opportunity to generate an idea, implement it and then see it continue for 20 years. It’s amazing and something I’m very proud to have been part of.”

Creating a safe and comfortable space for students was another top priority for Davis and his staff. Before the existence of the OMA main office and lounge spaces in the Student Center, Davis and OMA administrative colleague Minty LongEarth handed over their offices and developed a plan to renovate OMA’s original location on the first floor of what was the McGoldrick Building to create the first OMA student lounge.

“Part of what I studied as a student at Seattle U, and what I came to understand in a cultural sense, is the notion that family is very important within communities of color,” says Davis. “Whether you call it a lounge or a living room, it just made sense to prioritize the students first and give them a sense of having a home on campus.”

Joelle Pretty, ’00 and ’18, a former OMA graduate assistant that worked alongside Davis, LongEarth and McGowan, considers her experiences as being critical to her personal and professional formation. “I didn't know how much I didn't know about whiteness and racial injustice until I started.”

Says Pretty, “I learned a lot about understanding how my own personal lenses shape how I see the world, and how that impacts how I show up with others.”

“In big and small ways, the office has continually adapted to the changing needs of students, usually while successfully balancing a respect for what has come before,” says Monica Nixon, who was OMA director from 2006-14. “Even though the office has changed, the connective thread of giving voice and visibility to minoritized students has served as a constant.” 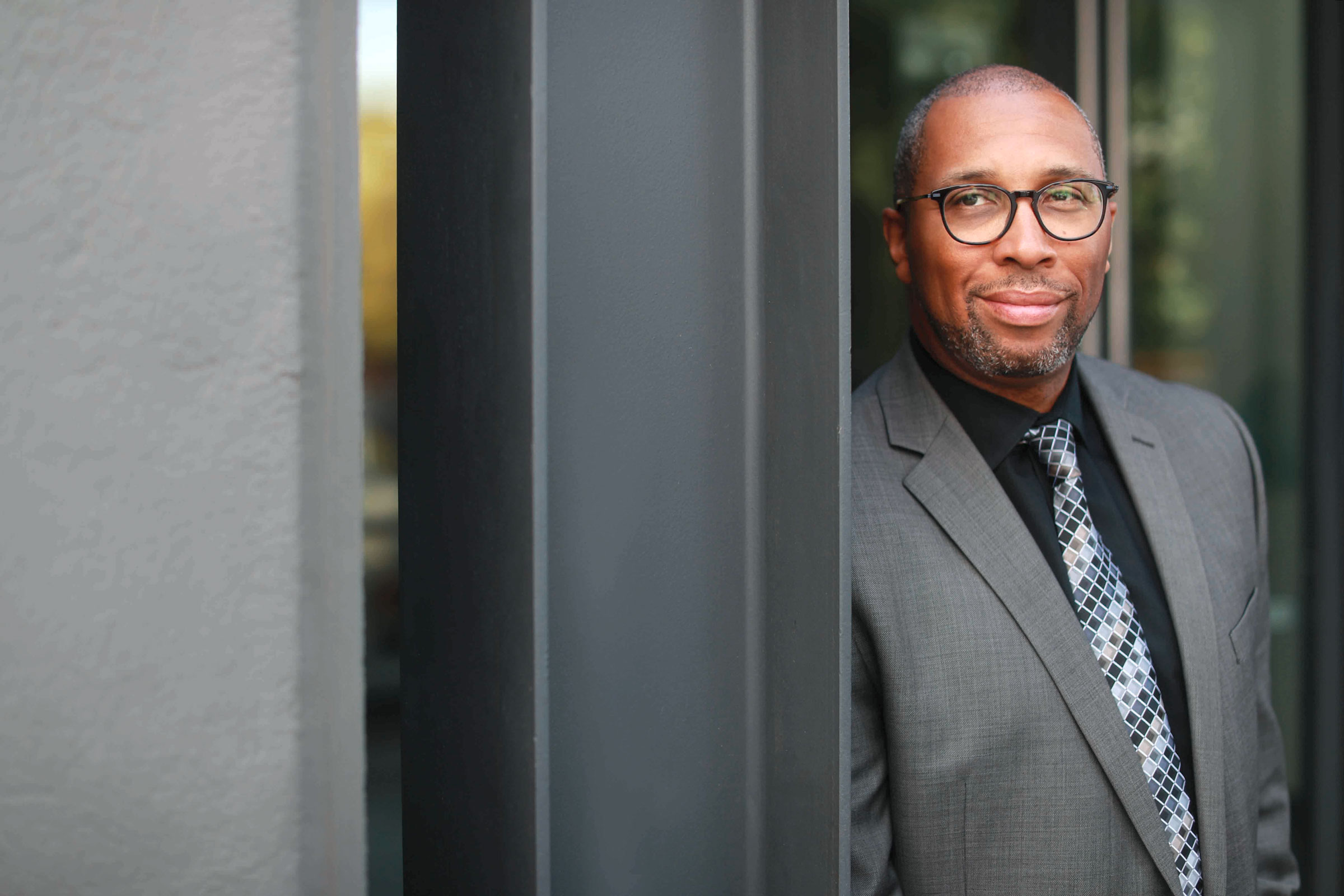 “You don’t often get the opportunity to generate an idea, implement it and then see it continue for 20 years. It’s amazing and something I’m very proud to have been part of.” 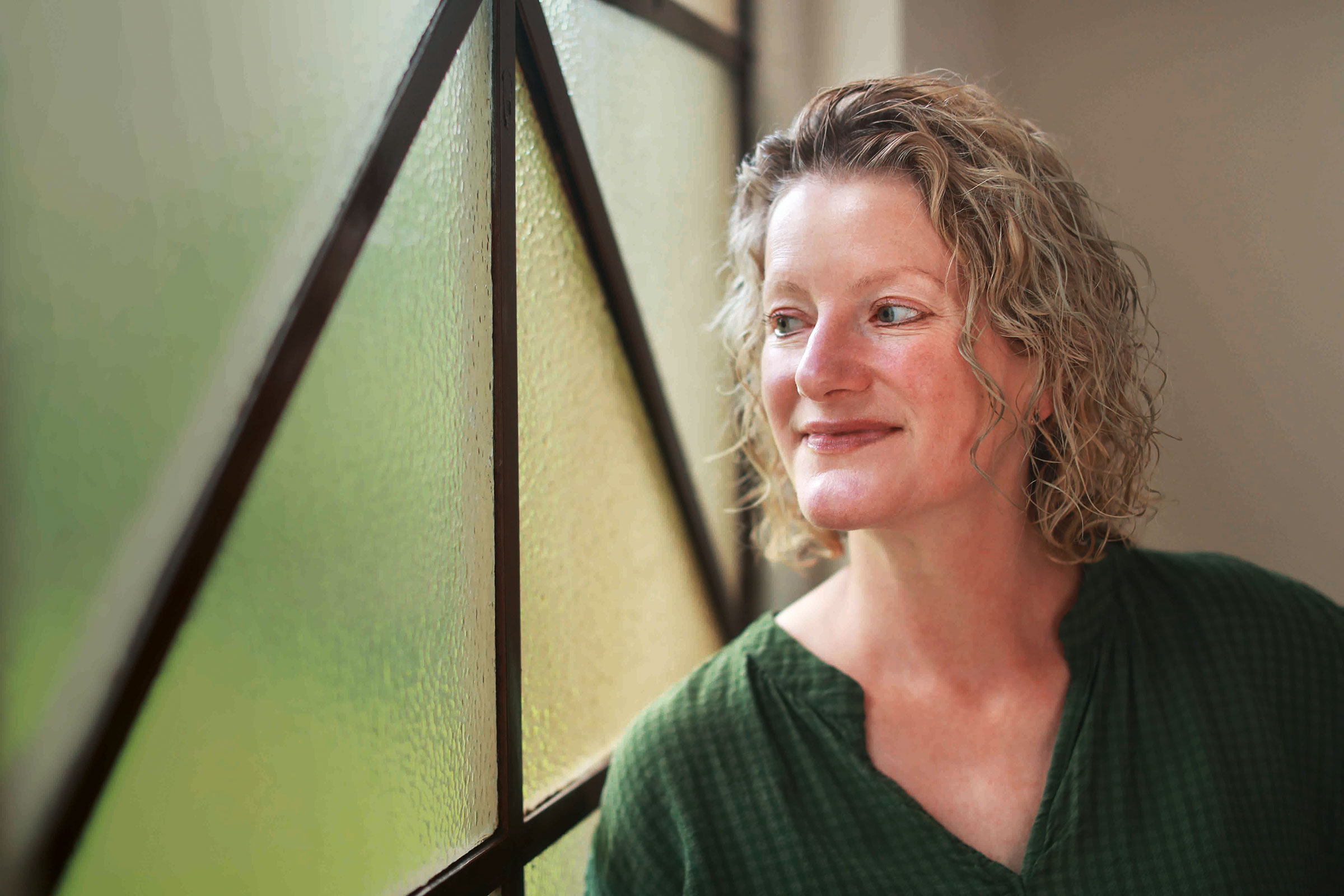 “I learned a lot about understanding how my own personal lenses shape how I see the world and how that impacts how I show up with others.”

By 2006, OMA redefined its view on diversity by providing queer and trans student services and programs. “Integrating these services under the OMA umbrella felt like a milestone,” says Nixon.

While Seattle U wasn’t the first Jesuit institution to expand a mandate of inclusivity, “we were in the vanguard and paved a path for other schools to follow,” Nixon says. “We approached the decision in partnership with students, faculty, staff and alumni . . . and our commitment to intersectional approaches to identity development, equity and justice issues served the office well in the transition.”

When it comes to the future of OMA, Pretty—now Assistant Provost of Student Academic Engagement at Seattle U—sets her sights on the campus community at large.

“I'd like to see more of campus taking on the work of OMA, to make students of color and LGBTQIA+ students feel they belong everywhere at SU,” she says.

A half-century following the establishment of OMA at Seattle U, the country once again finds itself struggling to balance its moral compass within a highly volatile political and social climate. Where does Seattle U and OMA go from here?

“As OMA celebrates its history, the team also keeps an eye on what lies ahead,” says OMA director Kim. “I do believe my mission work is to create space for students on campus to feel seen, like they can thrive and feel supported during their college career.”

When asked what the next 50 years may look like, Kim says “the unique or specific challenges our campus might be facing or our students might be experiencing aren’t easy to predict.”

“I do believe, however, that the concerns and issues we were facing when the Office of Multicultural Affairs was first founded in 1969 are rooted in the same issues and challenges that we’re facing today,” she continues. “And they may unfortunately be the same issues and challenges that we will be facing fifty 50 years from now because our country and higher education are rooted in some deeply challenging and systemic issues like racism, sexism, homophobia and more.”

As part of Kim’s long-term goals as director, she’s looking forward to designing experiences that will focus on peer mentorship or leadership development for LGBTQIA+ students; see the new food security initiatives flourish and grow in its collaborations with community partners; and create meaningful and impactful resources to support undocumented students on campus.

“I have a phrase I’m working with, which is ‘to be an office for students by students,’” she says. “In terms of programming, the hope is that our students feel connected to themselves and the larger Seattle U Redhawk family, that they feel educated, learned something new, challenged by a new concept, another culture or experience. That they learn tools for advocacy for self and others and leave with new skillsets at the end of the day.” 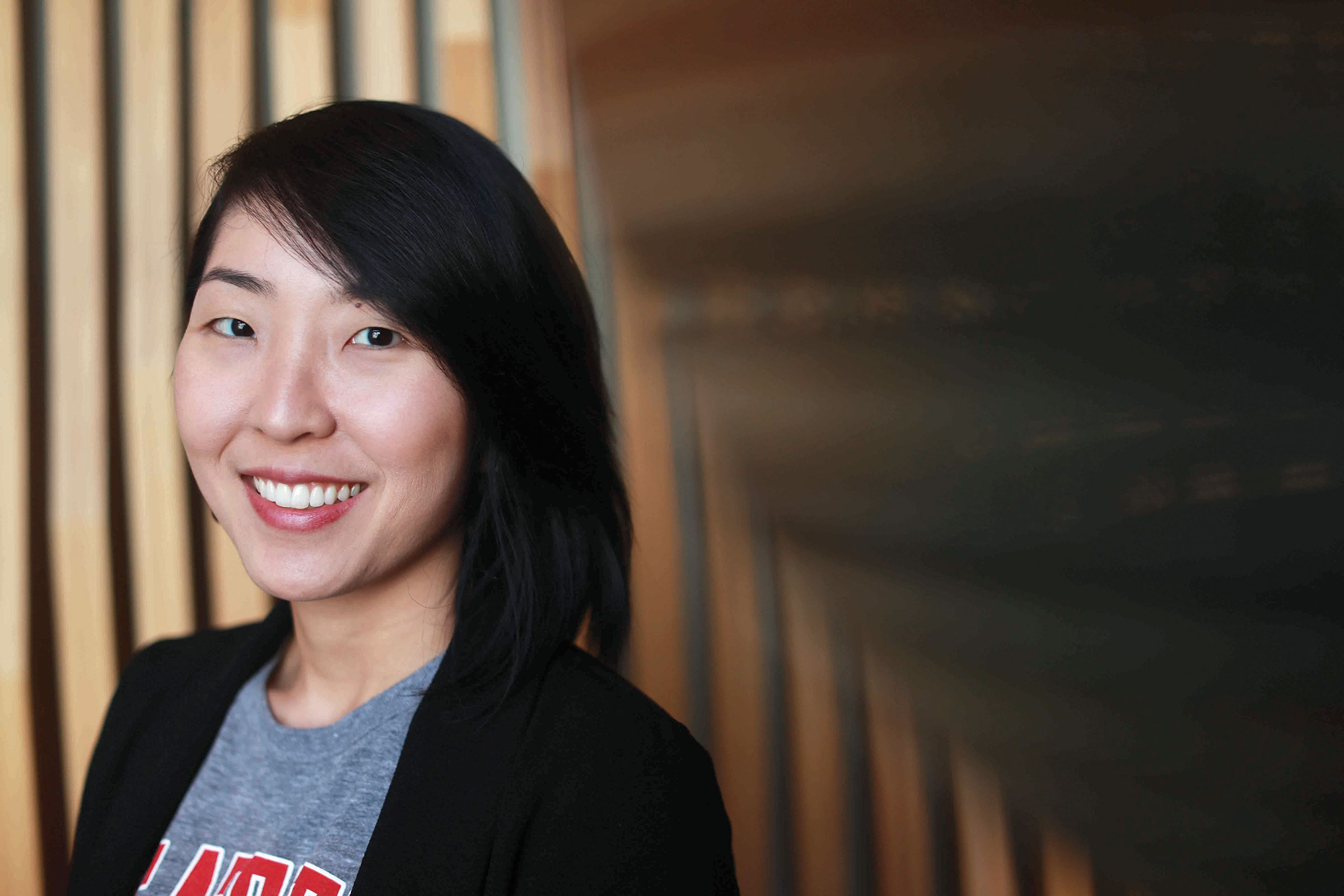 “I do believe my mission work is to create space for students on campus to feel seen, like they can thrive and feel supported during their college career.”

The Office of Multicultural Affairs (OMA) at Seattle University is recognizing its 50th anniversary through a series of events during the 2019-20 academic school year, each offering an opportunity to fully appreciate the semicentennial’s theme: remember, reconnect and reflect on its legacy and future within Seattle U. Learn more about OMA's 50th Anniversary Celebration on January 21, 2020.