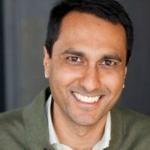 Eboo Patel is the founder and president of Interfaith Youth Core (IFYC), a national nonprofit working to make interfaith cooperation a social norm. Considered a leading voice in the movement for interfaith cooperation, he is the author of Acts of Faith (2007), Sacred Ground (2012) and Interfaith Leadership: A Primer (2016), and served on President Obama’s inaugural Faith Council. 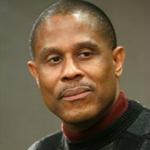 Rev. Bryan Massingale, S.T.D.  is a theologian at Fordham University specializing in social ethics, with teaching/research interests in the areas of racial justice, liberation theology, and Catholic Social Thought.  He is the author of Racial Justice and the Catholic Church (2010) in addition to over 70 articles and book chapters, and is the recipient of numerous awards and two honorary doctorates recognizing his leadership and scholarship. 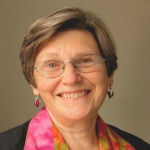 Sr. Simone Campbell, S.S.S. is the executive director of NETWORK, a Catholic organization promoting social justice in public policy.  A lawyer by training, she is a prominent voice in addressing issues related to poverty, health care and economic inequality,  becoming more widely known through her leadership of the 2012 “Nuns on the Bus” project, and through many national speaking engagements. 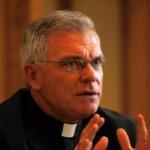 Rev. Michael Garanzini, S.J. is chancellor and former president of Loyola University Chicago, and serves as the Secretary of Higher Education for the Society of Jesus, responsible for animating and supporting the network of Jesuit institutions around the world. A seasoned university administrator, professor, author, and scholar, he has been a leader in Jesuit higher education for more than three decades.