Honoring Indigenous Voices: Interweaving the Work of Storytelling and its Relationship to Inner Growth

This annual event is student led, faculty supported, and nourished into existence.

We explored its fall out and continuing effects on Indigenous communities across Canada and the United States. In sharing personal stories on health, healing, and through their life’s work, the Indigenous speakers discussed the interweaving work of storytelling and inner growth. 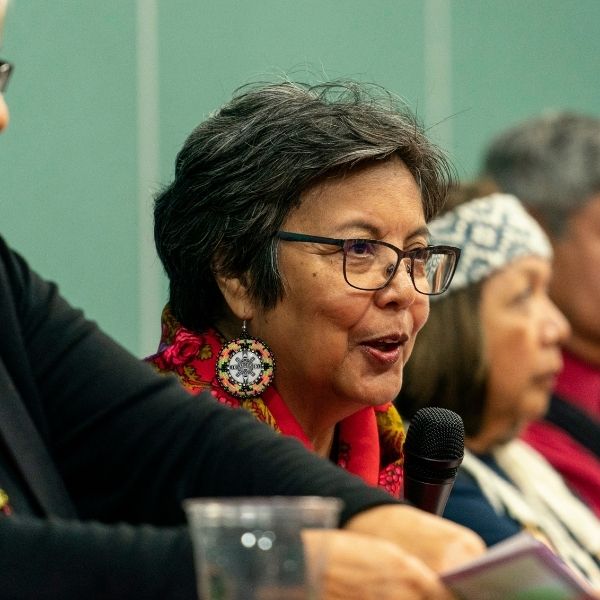 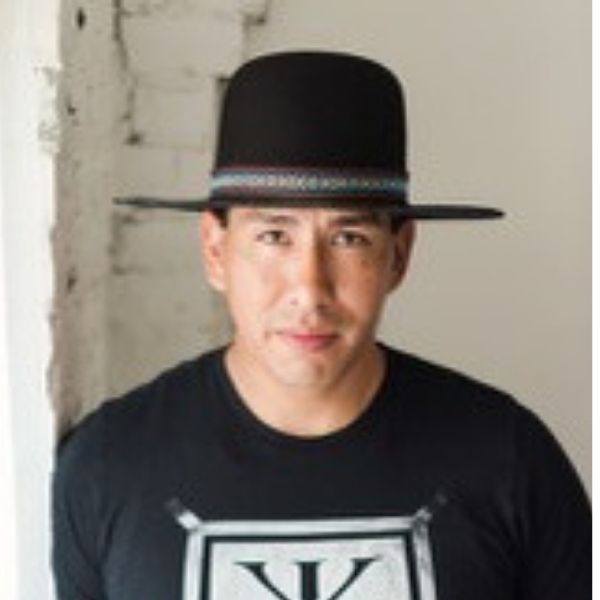 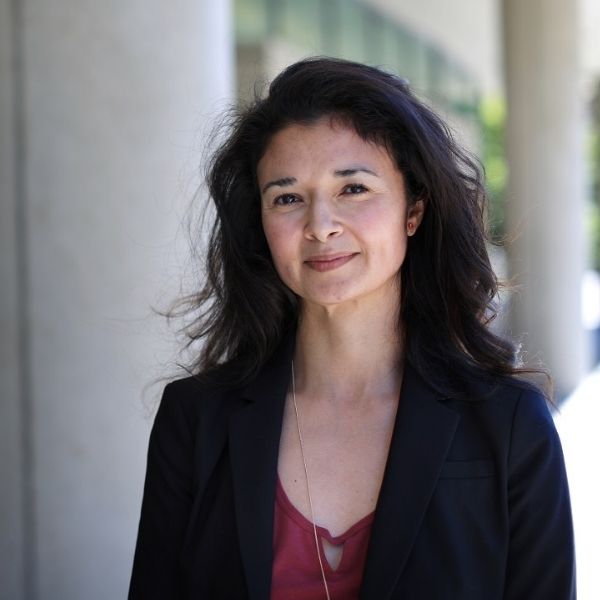 <yetaxwelwet is her true name, passed to her from her Granny Cecile. Her name, roughly translated, means “woman who gives of herself”. Anna Hansen is her American name. She is the oldest child of six children. Her mother is Grace August, member of the shίshάlh Nation in British Columbia, Canada, and Bernardino Rinonos, from the Ilocano people, Indigenous to Bagnotan, La Union, of the Philippine Islands. yetaxwelwet’s (Anna’s) life work has been helping individuals, families, communities, and agencies understand the profound impact of Historical Trauma and ongoing colonization on a Nation’s health and wellness. She has worked throughout the U.S., Canada, and in Australia, N. Ireland. 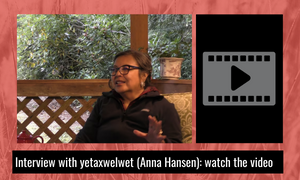 Her work is centered on extending an invitation to help create trauma-wise homes, communities and work places while growing cultural humility, empathy, compassion and caring of self, community, Nation and Mother Earth. It is her belief that it will take all of us working and healing together to create a safe world for the children of today and tomorrow. yetaxwelwet has 17 grandchildren and lives with her husband on Bainbridge Island. yetaxwelwet has a MA in Psychology from Seattle University and post-MA specialization training for certification in existential analysis and logotherapy. 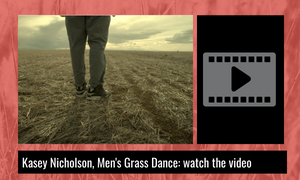 Kasey Nicholson is a member of the A-aa-nii-nin (WhiteClay Nation) of the Fort Belknap Indian Reservation in North-Central Montana. Kasey also has bloodlines tied to the Blackfeet Nation, Blood Nation, Crow Nation, Arapaho Nation, Alaskan Native Nations and Cree Nations. Kasey is from Fort Belknap Indian Community, and currently resides in Billings, MT. Kasey has earned his BS in Health and Human Development from Montana State University-Bozeman and attained his MS in Rehabilitation & Mental Health from Montana State University-Billings. Kasey has worked with several demographic populations and provided an array of services for each community, organization and people he has worked for. 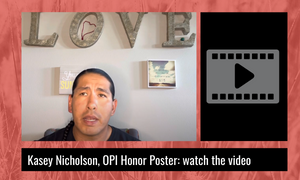 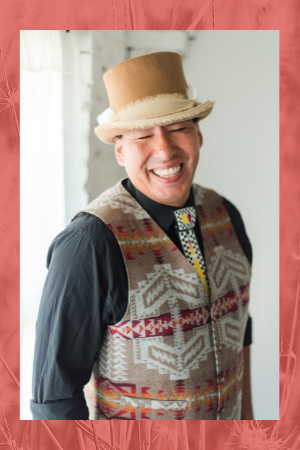 Kasey Nicholson has also been doing comedy since 2010 when he first opened up for JR Redwater and Marc Yaffee. It was an opportunity that he found himself agreeing to on a whim and with no material to take the stage with, he delivered. Without any experience and pure raw talent, Kasey stepped up and awed and entertained the crowd with his first ever stand-up appearance. With his first performance under his belt, Kasey gained confidence, experience and many more opportunities to provide comedy and the healing medicine of laughter to all. Kasey has been providing laughs to all types of crowds around Canada and the U.S. Kasey has opened up and performed with comedy greats such as JR Redwater, Marc Yaffee, Ryan McMahon, Larry Omaha, Jim Ruel, Vaughn EagleBear, Tatanka Means, Adrianne Chalepah, Tonia Jo Hall, The 1491’s, Lukas Seely, Amir K., J. Chris Newburg, Tony Baker, Sean McBride, Mark Curry, Ben Gleib, Nick Guerra, Dolce Sloan and many other comedians across North America.  Kasey has headlined at casinos, conferences and community gatherings. Kasey was selected as a finalist to perform at the 2014 Red Nations Film Festival comedy competition at the Laugh Factory in Los Angeles, California. Kasey has also been selected as one of the finalists for Montana’s funniest comedian 4 years in a row and just recently won the 2018 Montana Funniest Comedian Competition.  Kasey has also won Missoula’s Homegrown Comedy Competition in 2017. Kasey is one of the rising Native Comedian stars and looks to only gain more popularity and opportunities. Kasey has a one of a kind performance and will surely entertain you with his Rezzalicious humor and animated performance. Visit his Facebook page or follow him on Instagram, @krazykaseycomedy, for more information.

Brooke Pinkham, Niimiipuu, was raised on the homelands of the Confederated Tribes and Bands of the Yakama Nation, and has since lived on the occupied territory of the Duwamish and Coast Salish Tribes. Brooke directs the Center for Indian Law & Policy at Seattle University School of Law. The Center for Indian Law & Policy (Center) provides an emphasis on Indian law, research, programs and projects, including protection of the Indian Child Welfare Act. The Center is a resource for ICW attorneys who work for tribes in WA State. 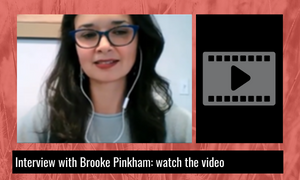 Prior to Seattle University Ms. Pinkham was a Staff Attorney with the Northwest Justice Project (NJP), WA’s only legal aid organization. While at NJP, Ms. Pinkham provided direct representation and advocacy on behalf of tribal members throughout Washington State, on many issues including ICWA.  Brooke has served on the Boards for the Washington State Bar Association’s Indian Law Section, the Northwest Indian Bar Association, Powerful Voices, Indigenous Peoples’ Institute at Seattle University, and is currently board president for Na’ah Illahee Fund – a non-profit organization providing vital services to Native people in the PNW. Brooke is a University of Washington School of Law graduate, and undergraduate. Brooke feels so blessed to have two beautiful boys and a loving husband. They all keep her on her toes.