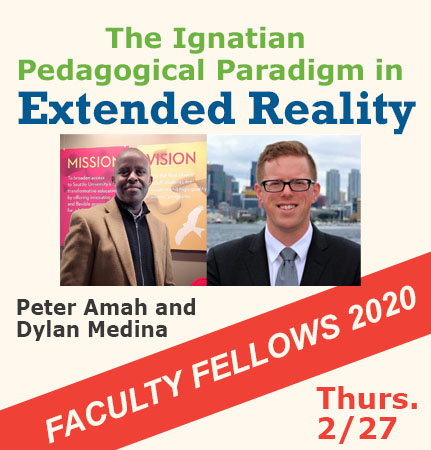 The research team investigated the various ways that XR (virtual reality) technologies can be incorporated into the online educational experience at a Jesuit Institution. 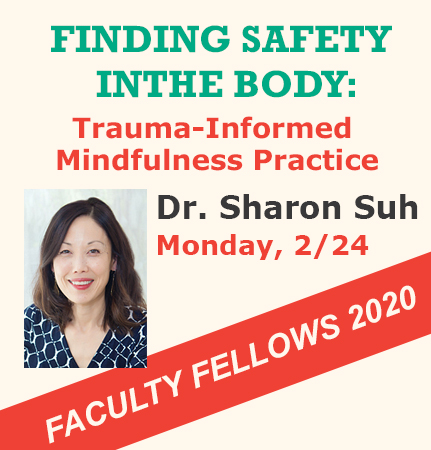 Dr. Suh will discuss her recently completed project Finding Safety in the Body: Trauma-Informed Mindfulness Practice that examines trauma-informed mindfulness practice for survivors of trauma with a particular emphasis on embodied difference or the whole person. While trauma-informed mindfulness addresses multiple manifestations and symptoms associated with individual experiences of sexual abuse, child abuse, domestic violence, and trauma associated with large scale events such as war and natural disaster, there is scant discussion, analysis, and resource directed toward healing and resilience from an intersectional perspective. Mindfulness and contemplative practices for healing trauma often overlook the very fact of intersectionality -- Suh argues in an upcoming article that careful attention is required to offer survivors healing modalities that attend to their intersectional lives. 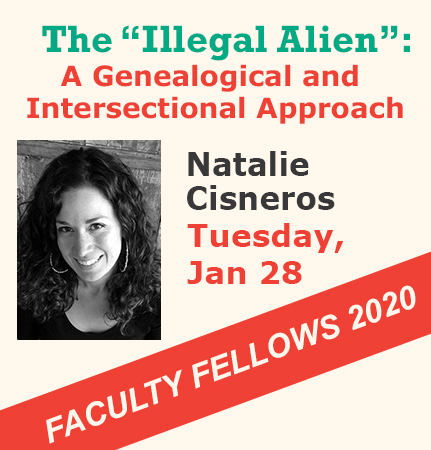 The "Illegal Alien": A Genealogical and Intersectional Approach

Dr. Cisneros will discuss her recently completed project The “Illegal Alien”: A Genealogical and Intersectional Approach, which introduces a new approach to social justice concerns surrounding migration and immigration by exploring the implications of “illegal alien” subjectivity for philosophy as well as for theoretical accounts of race and racism in the United States. 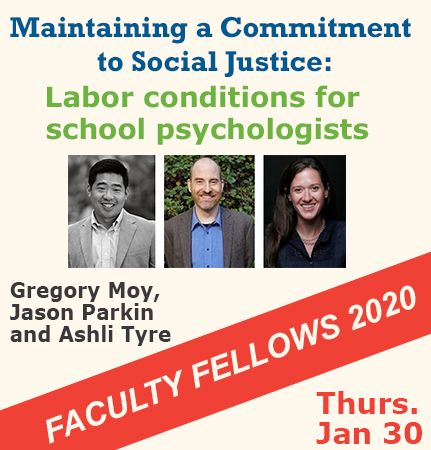 The research team examined school psychologists’ perceptions of their labor conditions and how they impact their ability to work for social justice. In this presentation, they aim to contextualize the research questions and share themes that emerged from the responses we collected. There will be a discussion of the findings and its implications for school psychology training and research. 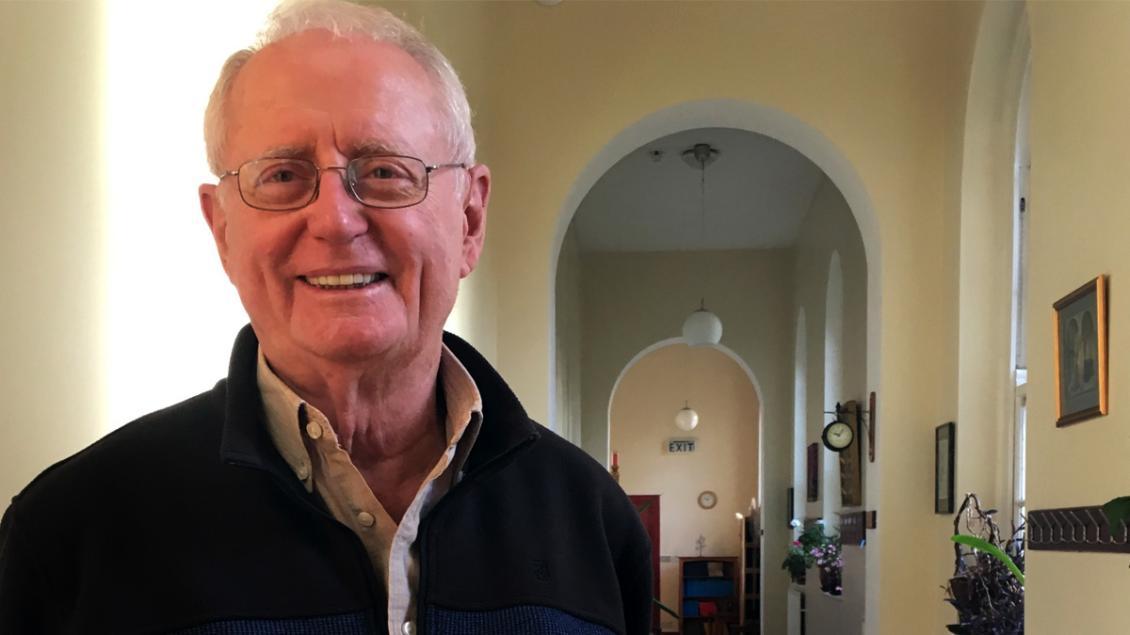 Robert Kennedy is one of three Jesuits in the world who answer to the titles “Father” and “Roshi” or venerable Zen teacher. He is not only a Jesuit priest and Zen master, but also a psychotherapist and former professor of theology at St Peter’s College in New Jersey. He is a representative of the Institute for Spiritual Consciousness in Politics at the United Nations. He is the author of Zen Spirit, Christian Spirit and Zen Gifts to Christians. 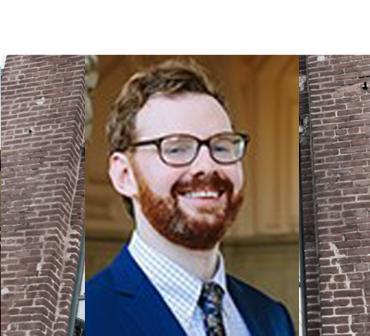 "Laboring Toward the City of God: Catholicism and the Shaping of the NYC Labor Movement, 1870-1920”

In the 1880s Irish-Catholics stood at the vanguard of the New York City’s labor movement.  Irish-Catholic leaders held key positions in the city’s craft unions, dominated the ascendant Knights of Labor, and fused support for the labor movement with the political struggle for an independent Ireland. In 1886 Irish-Catholic voters came out in droves to support Henry George, the radical economist, as candidate for mayor of New York City—an episode that vexed the city’s political and financial elite. By the onset of the First World War, however, the city’s Irish-Catholics had all but relinquished their radical politics, embracing instead a steadfast conservatism that regarded “socialists” and “anarchists” as threats to the moral order of God, country, and family. This talk examines the roots of this ideological shift in New York’s Irish-Catholic community and explores how the increasingly secular and internationalist currents within working-class New York reshaped Catholics’ relationship to organized labor and in the process transformed the city’s ethnic-based political culture.

Dr. McGrath is an historian of immigration, ethnicity, and religion in the United States. His scholarship spans the history of class, labor, religion and immigration in the nineteenth-century US. His forthcoming book manuscript is entitled “Catholics Incorporated: Class, Power and the Politics of Assimilation in Nineteenth Century America.” Dr. McGrath also has an interest in the global Irish diaspora. His research has been supported by the American Conference of Irish Studies and the Cushwa Center at the University of Notre Dame. He currently teaches US History at Hong Kong University. He received his PhD from Rutgers, The State University of New Jersey.

The Crossroads Matrix:  Spirituality, Cosmopolitanism and Black Subjectivity in Fela! On Broadway and Marvel’s Black Panther

When modern European Christian missionaries along with African apostles and converts translated the Holy Bible into African indigenous languages and myths, they simultaneously transmogrified the Yoruba deity Esu, the guardian of the Crossroads, into the biblical Satan.  In many Christian communities throughout the Africa diaspora, the Crossroads became associated with a pathological site where a pact is to be struck with the Devil in exchange for knowledge and power; and the potential cost of this exchange is the loss of human lives or souls.

An alternative interpretation rooted in West African Yoruba cosmology holds that the Crossroads is a portal through which humanistic utopian impulses can be actualized.  In this presentation, I explore the African Crossroads Matrix as a metaphor for both material and psychological sacrifice, appreciating lessons of the past, and embracing the potential of new ideas, both material and spiritual.  These forces, I argue, make the Crossroads a zone for the exploration of future histories reflecting cosmopolitan ideals that uphold more equal post-hegemonic and even post-racial imaginations.

We often take for granted, in contemporary settings, how subjective definitions of spirituality, visions of moral order, and power are reified through knowledge production and the culture industry.  I engage with two major artistic productions that reside at the center of the Crossroads Matrix: Fela! On Broadway (2008-2012) and Marvel’s Black Panther (2018), both conceived, funded and produced in North America but with stories, semiotics and aesthetic research done in Africa.  These works challenge post-colonial geopolitics, modern global ethics, and Africa’s general exclusion from enjoying the full benefits of its natural and cultural resources.

Drawing on these themes, my presentation asks, who is a full person?  Who is Cosmopolitan?  Who controls narratives of the past, the present, and the speculative future?  How have people of African heritage defined intellectual, semiotic, aesthetic and cultural expressions throughout periods of slavery, colonialism, dislocation, exile and migration?  What have they done with timeless exposure to new ideas of spiritual and material significance?  Do African-derived spiritual and humanist values deserve more recognition for their ability to absorb new ideas and pervade creative and expressive cultures on a global scale? 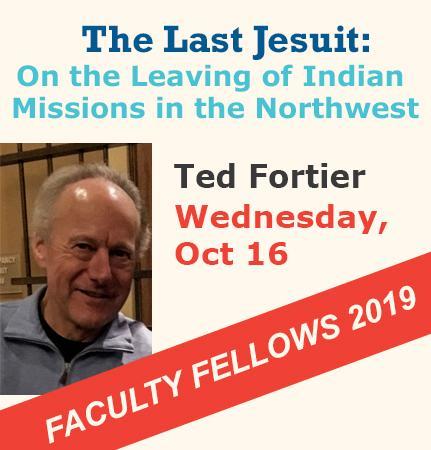 The Last Jesuit: On the Leaving of Indian Missions in the Northwest

There has been a great cultural shift in the last twenty years, in both the Society of Jesus and in the identity of tribal people in the United States. The research is focused on what is occurring in the realm of religion and spirituality on traditionally Jesuit- Catholic reservations on the Columbia Plateau of the Pacific Northwest, and how this history now informs the development of Indian spirituality. This presentation is a brief overview of my work with people of the Coeur d’Alene Reservation in Idaho.

A Conversation with Sister Helen Prejean

Author of River of Fire: My Spiritual Journey

Doors open at 6pm. Program begins at 7pm. Tickets: $35, includes book and entry to the event.

In this revelatory, intimate memoir of her childhood, her spiritual evolution, and how she became “lit” to her crusade, Sister Helen chronicles her journey from one who prayed for God to solve the world’s problems to one engaged full-tilt, hands on, in the work to transform societal injustices. She writes about growing up in a well-off Baton Rouge family, one that still employed black servants in the racially segregated South, and how she joined the Sisters of St. Joseph at the age of eighteen. Life in the noviatiate, which aimed at spiritual holiness, set strict boundaries of separation from the (sinful) “world” – but all that changed in the wake of Vatican II, which brought the winds of change in the Catholic Church. Inspired by Catholic activists such as Dorothy Day in the inner city and Jesuit priests who went to prison for destroying draft files in opposition to the Vietnam war, Sister Helen started to immerse herself in the struggle of poor people in New Orleans forced to live on the margins of society. RIVER OF FIRE is at turns honest and humorous, and she writes openly about her friendships with other women who have inspired and nurtured her, as well as a close friendship with a priest— obsessively intent on marrying her—and how these relationships challenged her vocation in “new territory of the heart” and propelled her further into deepening both her life in the Sisterhood and her engagement in social justice, where she is today.

Co-Sponsored by Seattle University’s College of Arts and Sciences, School of Theology and Ministry, and Institute for Catholic Thought and Culture, and Elliott Bay Book Company.

Contact College of Arts and Sciences Marketing at bystromk@seattleu.edu or 206-296-2814.