The Last Salmon: A Musical 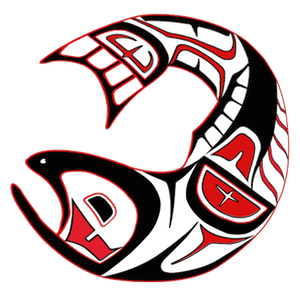 When CEJS Fellow Ki Gottberg debuted a medley of songs from The Last Salmon earlier this year, the room was alive with music, toes were tapping and smiles enveloped the room. Based on the children’s book The Last Salmon by Phil Davis, Gottberg's musical honors the abundance of the earth, pointedly enacting how native peoples protect and nourish this precious resource so tied to their livelihood.

Through song and story, we take a glimpse into the tangible life-affirming link between fish and human lives. Created for children and people who love them, The Last Salmon debuted to rave reviews at The Merc Playhouse in Twisp, Washington and will came to Seattle University's Lee Center for the Arts for two shows on Saturday, June 18th.

In service of the Institute for Catholic Thought and Culture’s course development grant program, this workshop is designed to provide grant recipients and select faculty with the opportunity to develop expertise in Catholic Intellectual traditions to the extent that they might actively engage with them in their courses and curriculum plans. Topics range from historical debates within Catholicism to the shaping of contemporary issues.

Sponsored by: ICTC, Albers School of Business and Economics

Presented by Seetha Narayanan, an evening of songs from different time periods, in different, languages, and focused on different deities to illustrate a rich, heterogeneous musical and devotional tradition.

Narayanan is a distinguished and renowned Carnatic vocal musician from Chennai, India.

Sponsored by: Center for the Study of Justice in Society, ICTC (Interreligious Dialogue Initiative)

Over the course of the spring quarter, the Institute for Catholic Thought and Culture is pleased to offer a series of events centering on the theme of the Catholic Imagination. This is a topic that has wide-ranging implications, not only in the realm of literature and the arts but across the disciplines and throughout public life.

The history of the Church's artistic heritage, from paintings in the catacombs to the Sistine Chapel and beyond, is incredibly rich, but is it a thing of the past or does it have continuing relevance for a diverse, postmodern society? Are there aspects of the Catholic imagination that can still shape the way we make culture, form public policy, and pursue justice and peace?

The events that ICTC will present in the spring quarter will address these questions directly, in the spirit of what Pope Francis wrote in Evangelii Gaudium: that every attempt to speak about the Catholic vision "would do well to attend to the 'way of beauty' (via pulchritudinis).... We must be bold enough to discover new signs and new symbols, new flesh to embody and communicate the word, and different forms of beauty which are valued in different cultural settings, including those unconventional modes of beauty which may mean little to the evangelizers, yet prove particularly attractive for others."

Dana Gioia, Judge Widney Professor of Poetry and Public Culture at the University of Southern California, poet laureate of California, and former chair of the National Endowment for the Arts, will be honored. He will read his poetry and offer reflections on the Catholic imagination.

Postmodern Icons? The Catholic Imagination in the Visual Arts Today 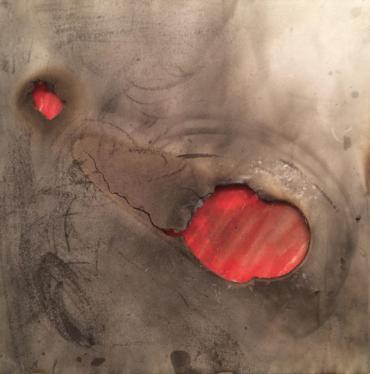 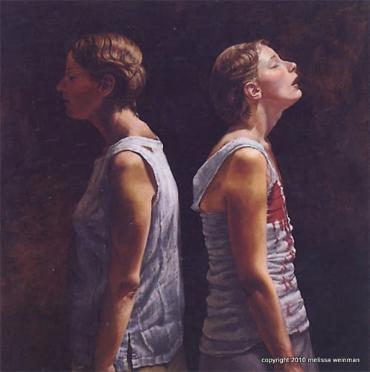 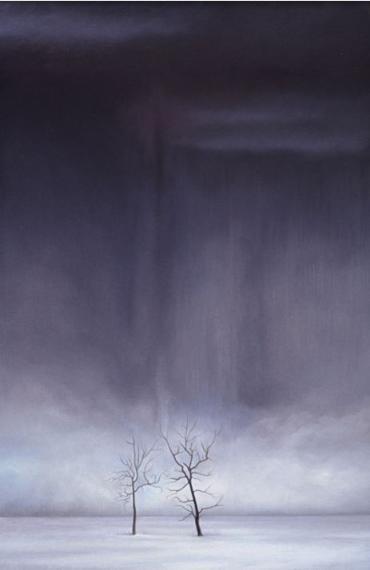 Three visual artists- Trung Pham, SJ; Laura Lasworth, and Melissa Weinman- will share slides and original art works, discussing how their vision has been shaped by the Catholic imagination and how they relate to a contemporary audience. Moderated by Gregory Wolfe, editor of Image.

Shouts or Whispers?: The Catholic Literary Imagination Then & Now

Please join us May 26, 2016 as we welcome Gregory Wolfe, Editor of Image, to his new role as Senior Fellow in the Institute for Catholic Thought and Culture, beginning in Academic Year 2016-2017. Building off his prior work as a consultant for the ICTC, Wolfe's position will enable faculty, staff and students to further explore the richness of the Catholic Imagination and the Catholic Literary Tradition.

4:30 PM | "Shouts or Whispers? The Catholic Literary Imagination Then and Now" by Gregory Wolfe

Amidst the growing secularism of twentieth century culture, a sudden flowering of world-class Catholic literature took the world by surprise, from British writers like Graham Greene and Evelyn Waugh to the Americans Flannery O’Connor and Walker Percy to France’s Georges Bernanos and Japan’s Shusaku Endo.

Looking at the contemporary scene, some critics have argued that there is a dearth of Catholic authors today or that such writers as can be found lack the theological depth of their predecessors.

In his presentation, Gregory Wolfe will beg to differ. As editor of Image journal for the past quarter century, he has had a front row seat on the literary scene. Wolfe believes that the Catholic imagination has persisted, but that it has taken on different forms as the surrounding culture has changed. Whereas Flannery O’Connor believed that the Catholic writer needed to “shout” to be heard, Wolfe contends that contemporary Catholic authors such as Alice McDermott, Oscar Hijuelos, and Mary Gordon prefer to “whisper.” He will illustrate his talk with examples from a number of recent, award-winning books.

Writer, editor, publisher and teacher, Gregory Wolfe founded Image journal in 1989 and since 2000 has served as Writer in Residence at Seattle Pacific University where he teaches English literature and creative writing. He is also the founder and director of the Master of Fine Arts in Creative Writing at SPU, the first program of its kind to integrate a studio writing degree with intensive reflection upon the aesthetic riches of the Judeo-Christian tradition. Wolfe is the author of the recent collection The Operation of Grace and has published over 200 essays, reviews and articles in numerous journals, including the Wall Street Journal and Commonweal. 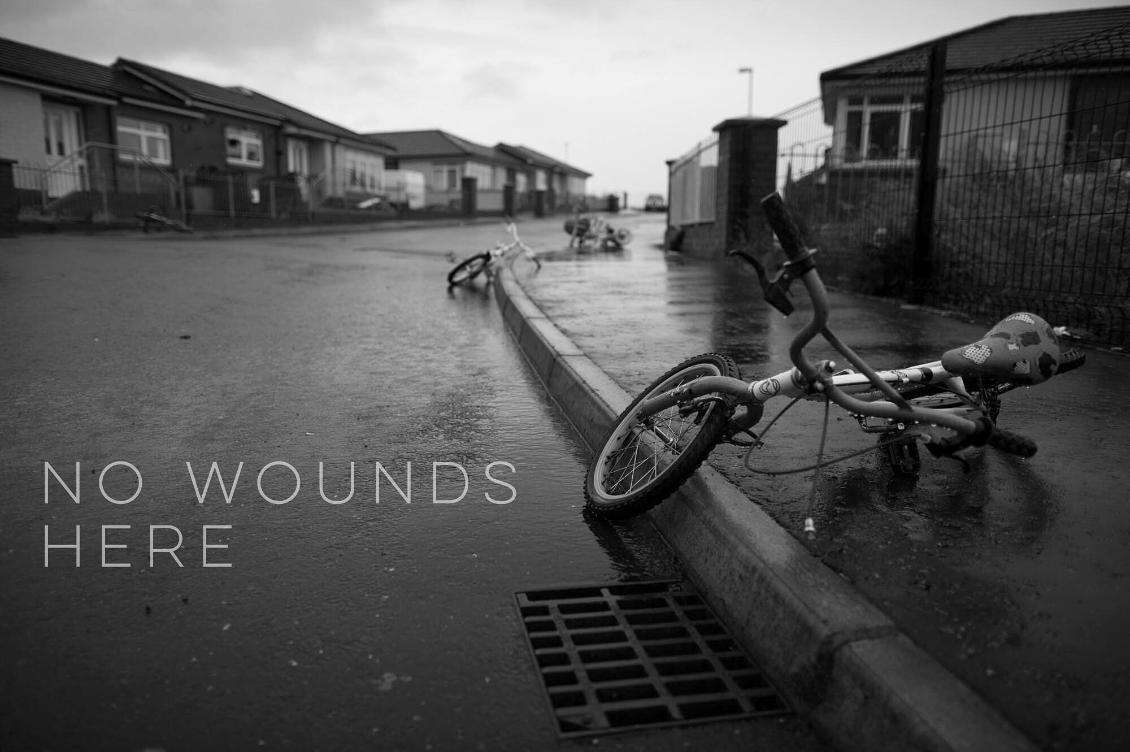 This multimedia exhibit explores the anxiety of identity and belonging in Ireland, north and south, via expressions of community life and public celebration. Emily Holt, Marketing & Outreach Coordinator for the ICTC, and Braden Van Dragt, photographer and videographer, will share poems and images and will discuss the process of creating a multimedia work informed by field research.

This project was made possible by a Wang Center for Global Education Research Grant at Pacific Lutheran University, the Rainier Writing Workshop MFA and friends and family in Arklow and Belfast.

This year’s event is an interactive fair, including Sustainability Walking Tours, Mindfulness Meditations, an Open Mic Café, and a Solution Center featuring tables by sponsoring organizations and other groups who have been invited to share.

This is an intimate, free event with author and activist Bill McKibben in celebration of Earth Day where audience members can engage in conversation about key environmental issues including climate change, fossil fuel divestment, and Pope Francis’ Encyclical on the Environment.

IgnatianQ is a student-run and student-focused national Ignatian LGBTQ+ conference. Our own desire for social justice and the Jesuit values that inform our education are forces that work together for a more just and humane world. By exploring the intersections of sexuality, gender, and spirituality together, we strive to educate and empower the whole person.

IgnatianQ 2016 is “Celebrating Identities: Queer Solidarity at Jesuit Schools.” We live in the time of #blacklivesmatter and Laverne Cox: injustice, in whatever form it takes, hurts all of us. Thus, it does not make sense to draw lines around which issues should matter to LGBTQ+ people or which issues count as LGBTQ+ issues. We welcome all to join us, as we attempt to embrace how complicated, problematic, and beautiful our world is.

Infrastructures of Faith: Catholic Channels Across the South China Sea

A guest lecture by Seattle University alumnus and current PhD candidate in Anthropology at Yale University, George Bayuga, and based on six months of preliminary field research, this project examines the Catholic Church in China through an ethnographic study of its future priests and sisters.  Bayuga examines how a religious geography linking Hong Kong, Taipei, Manila, and Mainland China can offer insight into questions of state power, Christianity, language, infrastructure and materiality.

The Catholic Imagination Pope Francis: The Reform Pope — Can it Last?

A continuation of the series of talks given by ICTC distinguished scholar in residence, Fr. Patrick Howell, S.J., on the papacy of Francis and the significant shifts in image and culture that the Church has experienced.

America media frequently describes Pope Francis in terms of advertising. “The Pope is restoring the Catholic brand.” “The Pope is popular, but can he bring back Catholics to fill the pews?’ All this hype misses the point. The Pope is calling for an authentic living of the Gospel—one of simplicity, compassion for others, and above all mercy.

After three years, the pope continues his urgent call: simplicity, compassion for others, and above all mercy. He is changing the culture. He is decentralizing the Church. He’s building bridges? How’s He Doing? What’s He up to Now?

Sponsored by: ICTC, Office for Jesuit Mission and Identity

Hospitality in Action: Local Responses to the Refugee Crisis

This Soup with Substance event features opportunities to actively respond to the refugee crisis locally, here in Seattle with community members who share their stories and activism.

Welcoming in God's Name: Religious Responses to the Refugee Crisis

A panel discussion over dinner between members of the Seattle University community who are experts in Judaism Islam, and Christianity on how religious communities have responded to the refugee crisis. This event features Dr. Beatrice Lawrence, scholar of Hebrew Bible and Rabbinic texts, Dr. Ali Mian, scholar of Islam and the Quran, and Dr. Matthew Whitlock, New Testament scholar.

Imprint of Mercy: Talk and Exhibition by Trung Pham

Fr. Trung Pham, S.J., exhibits his ICTC-sponsored project focused on exploring the symbology and significance of the wounds of Christ at St. James Cathedral.

Stories from the Middle East: An Afternoon with Fr. David Nazar, S.J.

Fr. David Nazar, S.J., Rector of the Pontifical Oriental Institute in Rome as he shares stories of refugees from the Middle East and the challenges faced by Eastern Churches in the region.

Sponsored by: Seattle U Campus Ministry, Institute for Catholic Thought and Culture (Interreligious Dialogue Initiative), School of Theology and Ministry, and Theology and Religious Studies

"Being in the Zone" in Sports and in Life

Fr. Patrick Kelly, S.J., a scholar with expertise in sport psychology and spirituality, talks about the significance of these experiences of ‘being in the zone’ for sport performance and for the major decisions you are making now about your life after Seattle University.

Sponsored by: ICTC, Seattle U Athletics

Committing to Our Common Home

An interfaith response Pope Francis’ engagement with the climate crisis and the changing ecology of our world in Laudato Si’, featuring reflections from Dr. Edward Daichi Salazar (Eco Sangha Seattle), Rev. Cherag Halima Thea Levkovitz (Sufi Order International), Sr. Clare Josef-Maier (Deaconess in the Evangelical Lutheran Church in America), Rabbi Zari Weiss (Kol HaNeshamah synagogue), Catherine Punsalan-Manlimos (Director of the Institute for Catholic Thought and Culture) and Jessie Dye (Program and Outreach Director of Earth Ministry/Washington Interfaith Power and Light). This event is an evening of ritual, word and song as we renew our commitment to care for our common home.