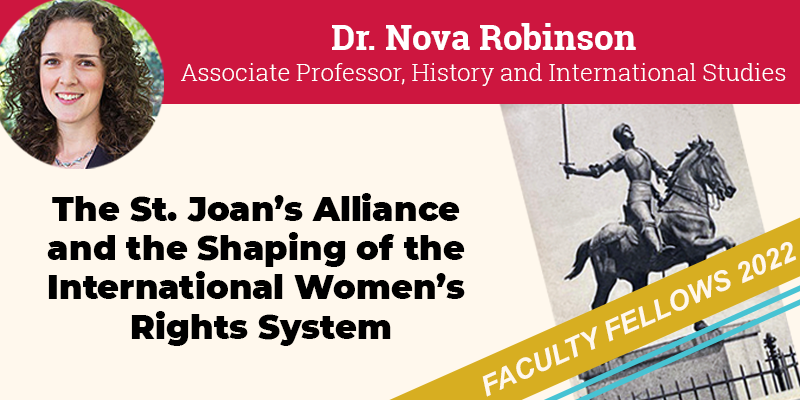 The St. Joan’s Alliance and the Shaping of the International Women’s Rights System

This talk will explore the impact Catholic feminist thought had on the development of the international women’s rights system between 1920 and 1960. St. Joan’s, a feminist Catholic organization, was founded in London in 1911 to encourage Catholic women to support the fight for suffrage in the United Kingdom. The organization later spread throughout the British Empire and took up the larger cause of women’s equality. Given its global reach, it was well positioned to participate in conversations about international women’s rights at the League of Nations and later the United Nations. Unlike some of the major secular women’s organizations, such as the International Council on Women or the Women’s International League for Peace and Freedom, St. Joan’s advocated for representation from the colonized world.