The annual Catholic Heritage Lectures, launched in 2010, engage the intellectual and religious communities of the Seattle area and the Seattle University community to explore aspects of the Catholic Intellectual Tradition and the intersection of Catholicism and culture. Seattle University has had the privilege of welcoming scholars from diverse fields since the inception of the lecture series. Our distinguished scholars have included scientists, philosophers, historians, sociologists and theologians.

In addition to the public lectures, we offer multiple opportunities to engage with the speakers and the subject of their presentations, including reading groups and lunch conversations. 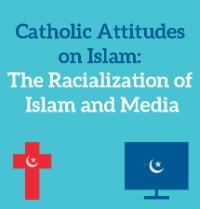 Catholic Attitudes on Islam: The Racialization of Islam and Media

Our final lecture this spring will gather a distinguished panel to examine “Catholic Attitudes on Islam: The Racialization of Islam and Media”. The engagement with the topic is informed by a Georgetown University study that showed the negative impact of certain forms of Catholic media on Catholic attitudes towards Muslims. 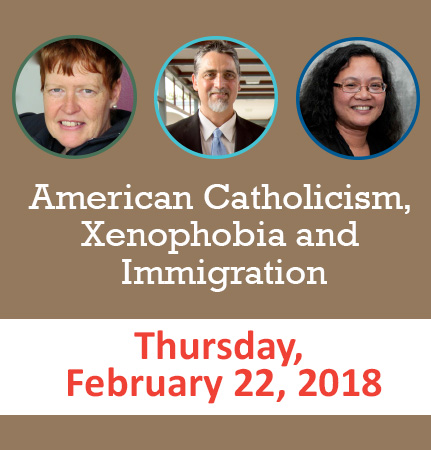 The topic of the panel opens up conversation about the xenophobia and the history of Catholic immigration to the United States. The panelists will explore both the complicity of the Catholic Church as institution and community in xenophobia as well as its rich theological and spiritual teachings to welcome the stranger. 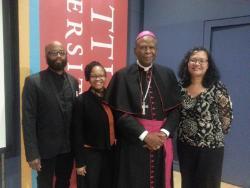 Pictured: Tyrone Brown from the Office of Multicultural Affairs, Vice President for Diversity and Inclusion Natasha Martin; Bishop Braxton, and Catherine Punsalan-Manlimos from the Institute for Catholic Thought and Culture.

The series began Tuesday, October 17, 2017 with "The Catholic Church and the Racial Divide in the United States" with a keynote by the Most Rev. Edward K. Braxton, Bishop of Belville, Illinois, followed by a conversation with Tyrone Brown, Assistant Director of the Office of Multicultural Affairs (OMA) at Seattle University. 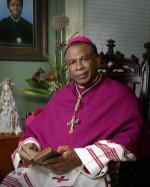 Bishop Edward K. Braxton of the Diocese of Belleville has a long-standing reputation as a scholar whose writings on a wide range of theological and pastoral topics spark meaningful dialogues among the Catholic faithful.

A sought-after speaker focusing in the past few years on racial tension in the U.S. and Black Lives Matter movement, Bishop Braxton has been invited to preach in major Catholic and Protestant pulpits, such as the National Shrine of the Immaculate Conception, St. Mary’s Cathedral in San Francisco, the Sage Memorial Chapel at Cornell University, the Memorial Church at Harvard University, and the Rockefeller Chapel at The University of Chicago. 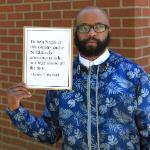 Previously, Tyrone spent five plus years as the administrative coordinator for the Office of the President, Vice President for Student Development, and Counseling and Psychological Services (CAPS). He is a Seattle University alumni, having received his MFA in Arts Leadership in 2010 and is the founder of MORAL MONDAYS at SU, the #BlackLivesMatter initiative on campus. Brown is the 2016 Spirit of Community Award (Staff) for exceptional commitment to service with a nonprofit agency or to coordinating or sustaining projects that make a positive difference in the community.Tyrone Brown is assistant director for the Office of Multicultural Affairs (OMA) at Seattle University. As an Assistant Director, Tyrone is responsible for the Diversity, Equity, and Education Program (DEEP), advising OMA Alliance (student clubs and organizations), focusing on Lesbian, Gay, Bisexual, Trans, and Queer students (LGTBQ), military veterans, and social justice development.