All lectures are free and are held at 7pm in Student Center 160 (LeRoux Room) at Seattle University
Event website: https://www.seattleu.edu/ictc/events/catholic-heritage-lectures/

The American Catholic Church is richly unique in its legacy of and continual unfolding ethnic and racial diversity. The Institute for Catholic Thought and Culture’s 2019-20 Catholic Heritage Lectures highlight the contribution of three particular contributors: Hispanic/Latin American Catholics, African American Catholics, and Asian American Catholics. While enriching the Church through continual presence over the last many centuries, these groups face particular challenges unique to their often tension-filled interaction with institutional and local parish cultures. As we hear from each speaker this year, we are invited to consider how we might mutually shape, form, and cultivate the Church of the 21st Century.

Asian-American Catholics: Challenges and Opportunities for Full Citizenship and Church Life from SeattleU ICTC on Vimeo.

This year’s Catholic Heritage Lecture Series is focused on the theme “Cultural Contributions and Contemporary Challenges to American Catholic Life” and concludes this spring with a Zoom lecture and discussion featuring Dr. Peter Phan of Georgetown University.

Peter C. Phan, a native of Vietnam, emigrated as a refugee to the U.S.A. in 1975. He obtained three doctorates, the Doctor of Sacred Theology from the Universitas Pontificia Salesiana, Rome, and the Doctor of Philosophy and the Doctor of Divinity from the University of London. He has taught at many institutions, and is currently at Georgetown University, Washington, DC, where he holds the Ignacio Ellacuría Chair of Catholic Social Thought. He is the first non-Anglo to be elected President of the Catholic Theological Society of America. In 2010 he was given the John Courtney Murray Award, the highest honor of the Catholic
Theological Society of America, in recognition for outstanding and distinguished achievement in theology. His publications range far and wide in theology. Read his full bio here. 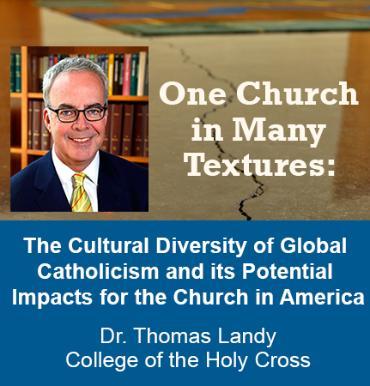 One Church in Many Textures: the Cultural Diversity of Global Catholicism and its Potential Impacts for the Church in America

Americans constitute only a bit more than 5% of the global Catholic population, but too often we perceive the Church, and imagine its future, only through our own cultural lens.  By sharing and reflecting upon research on Catholic life and practice in 30 countries, this multimedia talk will highlight some of the quite surprising diversity Catholic life around that world, and pose a number of theses and questions about how that diversity affects us in the USA.

Thomas M. Landy, a sociologist with a specialization in the sociology of religion and Catholicism, is director of the Rev. Michael C. McFarland, S.J. Center for Religion, Ethics and Culture at the College of the Holy Cross. His primary research is in global Catholicism, and he founded and leads research for Catholics & Cultures, a web-based initiative to explore the religious lives and practices of lay Catholics in their particular cultural contexts around the world. Landy holds a Ph.D. in sociology from Boston University, an M.Div. from Weston School of Theology, an M.A. in international relations from the University of Chicago and a B.A. in history from Fairfield University.

Black and Catholic: Catholicism as Foundation and Inspiration 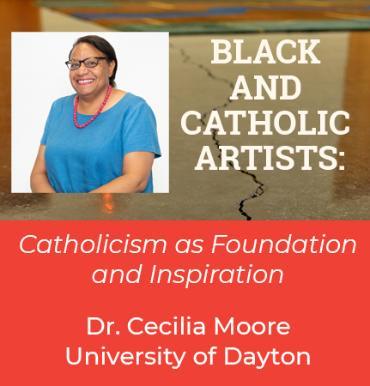 Black and Catholic Artists: Catholicism as Foundation and Inspiration

"Black and Catholic Artists: Catholicism as Foundation and Inspiration" considers the lives and creations of four Black Catholic artists.  They are Edmonia Lewis, Richmond Barthe, Clementine Hunter, and Mary Lou Williams, two fine artists, one folk artist, and one jazz composer.  Particular attention is paid to how Catholicism, a tradition rich in symbol and ritual and a great patron of art and music, provided a foundation for African American Catholic artists to enter secular and sacred worlds of art as it also offered multiple sources of inspiration for their work.

Cecilia A. Moore, has taught at the University of Dayton in the Department of Religious Studies since 1996 and at Xavier University of Louisiana since 1998, where she currently is the Associate Director of the Degree Program for the Institute for Black Catholic Studies. Her area of specialization is U.S. Catholic history and currently she is working on the history of black conversion to Roman Catholicism in the 20th century. 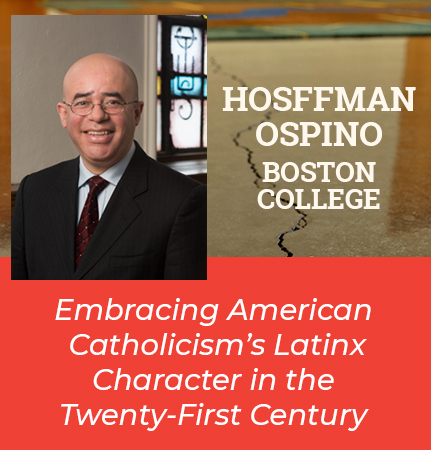 About half of all Catholics younger than 25 in the United States self-identify as Hispanic/Latino. Hispanics are de facto raising the next generation of Catholics in the country, sharing their traditions with them, defining priorities for the church, and shaping the character that will identify this community during the rest of this century. This lecture analyzes the rapid process of “Hispanization” that is transforming thousands of Catholic faith communities nationwide while exploring pathways and obstacles to a renewed way of being American and Catholic.

Hosffman Ospino, Ph.D. is an Associate Professor of Theology and Religious Education at Boston College, School of Theology and Ministry where he is also Director of Graduate Programs in Hispanic Ministry. He is currently advancing a national study on Latino Catholic vocations. He presently serves as an officer of the Catholic Theological Society of America (CTSA) and of the Academy of Catholic Hispanic Theologians of the United States (ACHTUS). He is also a member of the Board of Directors of the National Catholic Educational Association (NCEA). He served on the leadership team coordinating the Fifth National Encuentro of Hispanic/Latino Ministry.

The Spring 2020 Catholic Heritage Lecture with Dr. Gemma Cruz is cancelled. Dr. Cruz has shared her summary essay and bibliography from her research on the “Cultural Contributions and Contemporary Challenges to American Catholic Life,” from an Asian American Catholic perspective. 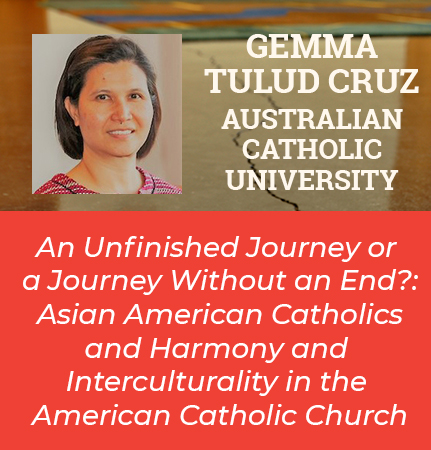 Though they are concentrated mostly along the West Coast of the United States, the presence of Asian-American Catholics impacts dioceses throughout the country. Their impact and contribution is evident in the 2018 USCCB pastoral statement Encountering Christ in Harmony: A Pastoral Response to Our Asian and Pacific Island Brothers and Sisters and a previous (2001) pastoral statement Harmony in Faith: The Asian and Pacific Presence. This lecture will explore the four central concerns (identity, culture of encounter and dialogue, leadership, and generation) that surfaced in the responses to a nationwide questionnaire and online survey conducted by a team of social scientists among the Asian and Pacific Island Catholic community in the United States, which Encountering Christ in Harmony tried to address. These concerns will be explored in relation to, and in view of, harmony and interculturality as the key contribution and challenge of Asian-American Catholics to American Catholic life in contemporary times. GemmaTuludCruz Lecture Summary

Gemma Tulud Cruz, a Filipina-Australian theologian, holds a Ph.D. in Intercultural Theology from Radboud University in the Netherlands. She has taught at Assumption College in the Philippines, Saint Ambrose University in Iowa, and DePaul University in Chicago prior to moving to Australia where she currently works as Senior Lecturer in Theology and member of the Institute for Religion and Critical Inquiry at Australian Catholic University. Gemma's research expertise is in migration theologies. Gemma has served as a volunteer on the Women and Gender Commission of the Association of Major Religious Superiors in the Philippines, consultant to the Sub-Committee on Asian and Pacific Affairs of the Secretariat for Cultural Diversity of the US Catholic Bishops' Conference, and currently a member of the Council for Australian Catholic Women as well as the Executive Committee for the Plenary Council of the Catholic Church in Australia in 2020 and 2021.

More about Dr. Cruz and Her Research

Gemma Tulud Cruz, a Filipina-Australian, is Senior Lecturer in Theology and member of the Institute for Religion and Critical Inquiry at Australian Catholic University. Gemma completed her doctoral studies in theology in the Netherlands then taught undergraduate theology for several years in the U.S. Midwest before moving to Australia. She is author of two books and about fifty essays on various research interests, particularly on migration theologies. She has served as a consultant to the Sub-Committee on Asian and Pacific Affairs of the USCCB’s Secretariat for Cultural Diversity and is currently serving as Vice-President for Australia of the Australia-New Zealand Association of Theological Schools (ANZATS) as well as member of the National Executive Committee for the Plenary Council of the Catholic Church in Australia. Gemma is also involved in coordinating a couple of study-seminars and running formation seminars for missionaries in various countries in Asia for CIAM and PMU respectively, which are both under the Vatican’s Congregation for the Evangelization of Peoples. 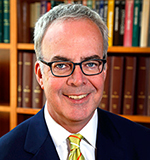 College of the Holy Cross 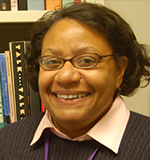 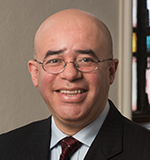 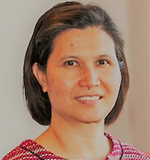