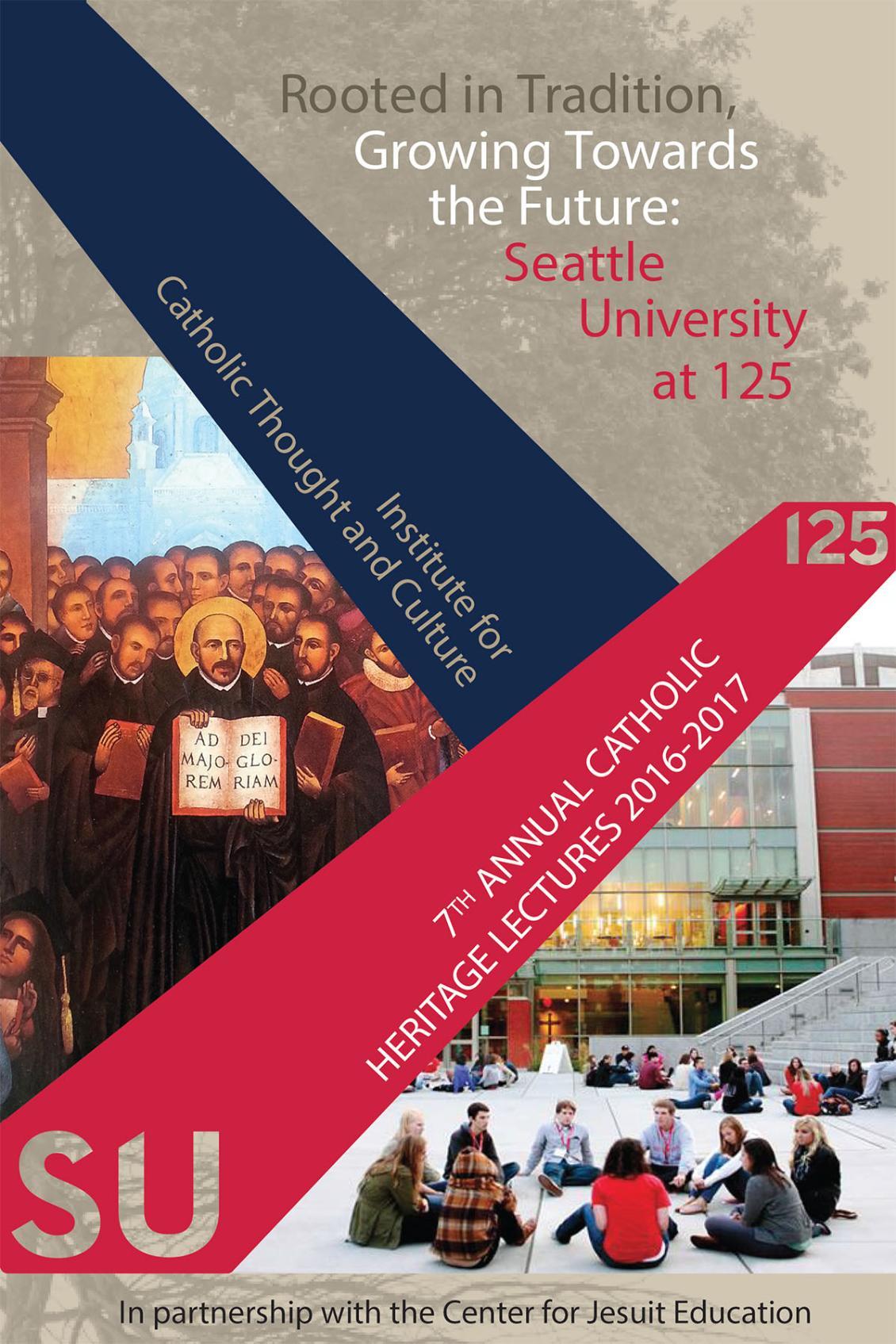 2016 marks the 125th anniversary of the founding of Seattle University in 1891. During this important moment, the Institute for Catholic Thought and Culture in partnership with the Center for Jesuit Education invites the community to a year-long examen of how the university is living out its Jesuit Catholic Mission.

What Our Future Needs Today: The Uncommon Goods of Jesuit Education

Dr. Ravizza will help the community look to the future, reminding us of the characteristics of Jesuit education that invite us to “go forth and set the world on fire.” Exploring ideas of prophetic inclusion and the common good, Dr. Ravizza will invite us to consider where SU finds itself at this 125th anniversary.
>Ravizza is a Senior Fellow of the Bannan Institute for Jesuit Education and Christian Values. He was a delegate from the California Province for the Society of Jesus’ General Congregation 36 and earned his PhD from Yale University. He has been involved with grassroots accompaniment work at Santa Clara University's Casa de la Solidaridad in El Salvador and is currently Director of Mission and Ministry at Casa Bayanihan at Ateneo de Manila in the Philippines.
Presented in partnership with the Center for Jesuit Education.

Living into the Mission: An Examen

Guided by leaders on and off campus, students, staff and faculty will reflect on the successes and challenges of living our mission today.
February 21, 2017 • Campion Ballroom • 5:00 pm
Featuring a panel discussion with:

Please join the ICTC and the Center for Jesuit Education for a community examen, reflecting on how the university is living out its Jesuit Catholic Mission. All are welcome. As this is also a Colleagues event, dinner is included.

Tapping the Tradition: Sensemaking and Imagination for the Future of Jesuit Education