Philipp Renczes, S.J., retraced the historical posture and engagement of the Catholic Church with Judaism and the Jewish People, with specific emphasis on growth since the publication of Nostra Aetate at Vatican II. Highlighting the underlying challenge to Jewish-Christian relations, Fr. Renczes described issues of independence and contingency that arise from varying views of Jewish and Christian traditions. He posited an image of fraternity between church and synagogue, one in which each tradition is tasked with finding the meanings of sacred scripture in the contemporary world. 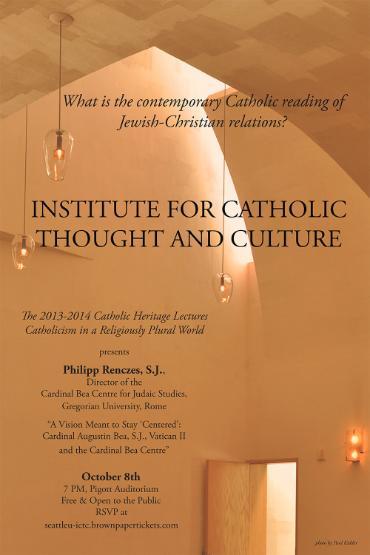 “The Church in a Global, Pluralistic World: Challenges and Opportunities"
José

José Casanova, Ph.D. introduced the audience to a historical tension within the Catholic Church between orthodoxy and universalism. Using the Jesuit order as an example and the reforms of Vatican II as support, he argued for Catholicism that emphasizes its catholic, universal, truth, one enriched but not undermined by its multiplicity of material and cultural forms. 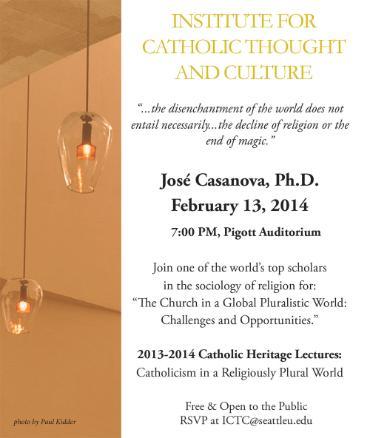 “Challenges for Interreligious Dialogue in the Church Today"

Catherine Cornille, Ph.D. focused on the necessary orientation and parameters for engaging in interreligious dialogue. She expounded on the necessity of humility and hospitality within and between faith traditions, a humility that first requires engagement with one's own tradition. 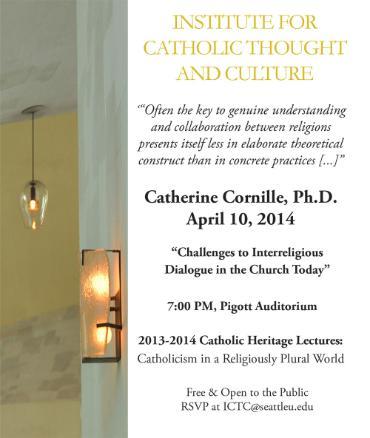