A Message from the IDI Chair, Dr. Jason Wirth:

In the summer of 2019, Peter Ely invited me to be his successor as the leader of the Interreligious Dialogue Initiative (IDI) beginning in AY 2020-2021 and I accepted. I consider this a great honor and responsibility as we help facilitate the exploration of the many religious paths shared by members of the Seattle University community, both on campus and beyond, and as we deepen our respect for them and enrich our own paths by sharing in the wisdom and compassion of other paths. We will continue to feature a major speaker every academic quarter who will engage the Catholic intellectual and spiritual tradition by building bridges to and opening channels of communication with other traditions. I plan to dedicate my inaugural year to Peter Ely and his immeasurable legacy. May he rest in power and may his wise and kind spirit continue to guide us in our shared work across traditions.

Tetsuzen Jason Wirth, Professor of Philosophy at Seattle University and a Soto Zen priest, offers a Dharma talk (speaking from the heart regarding the great matters of living and dying) that also seeks to offer some Zen words of encouragement during the current crisis. He begins with a brief reflection on a line from the Heart Sutra and then ties its thought to the words of Zen Master Dogen (1200-1253). In so doing, he tries to understand how Dogen would also have seen our crisis as a sutra, a moment the study of which can lead to an awakening and a deepening of our practice.

The IDI will welcome Barbara James, a great-grandmother from the Swinomish Indian Tribal Community. She is a most respected elder in both longhouse and church life ways among the Coast Salish. Fr. Pat Twohy, SJ, Director of the Rocky Mountain Mission NW and Chaplain to urban Native Americans of the Seattle Archdiocese, will introduce Ms. James. Tentatively scheduled for Fall 2020.

Robert Kennedy is one of three Jesuits in the world who answer to the titles “Father” and “Roshi” or venerable Zen teacher. He is not only a Jesuit priest and Zen master, but also a psychotherapist and former professor of theology at St Peter’s College in New Jersey. He is a representative of the Institute for Spiritual Consciousness in Politics at the United Nations. He is the author of Zen Spirit, Christian Spirit and Zen Gifts to Christians. Watch the recording of the lecture below: 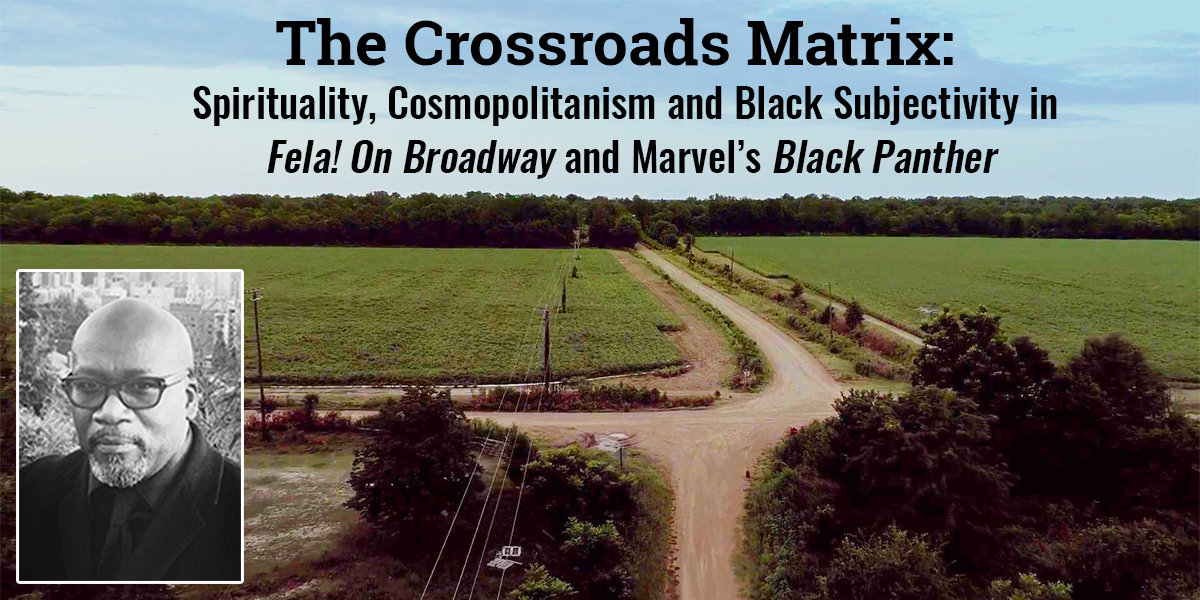 When modern European Christian missionaries along with African apostles and converts translated the Holy Bible into African indigenous languages and myths, they simultaneously transmogrified the Yoruba deity Esu, the guardian of the Crossroads, into the biblical Satan. In many Christian communities throughout the Africa diaspora, the Crossroads became associated with a pathological site where a pact is to be struck with the Devil in exchange for knowledge and power; and the potential cost of this exchange is the loss of human lives or souls.
An alternative interpretation rooted in West African Yoruba cosmology holds that the Crossroads is a portal through which humanistic utopian impulses can be actualized. In this presentation, I explore the African Crossroads Matrix as a metaphor for both material and psychological sacrifice, appreciating lessons of the past, and embracing the potential of new ideas, both material and spiritual. These forces, I argue, make the Crossroads a zone for the exploration of future histories reflecting cosmopolitan ideals that uphold more equal post-hegemonic and even post-racial imaginations.
We often take for granted, in contemporary settings, how subjective definitions of spirituality, visions of moral order, and power are reified through knowledge production and the culture industry. I engage with two major artistic productions that reside at the center of the Crossroads Matrix: Fela! On Broadway (2008-2012) and Marvel’s Black Panther (2018), both conceived, funded and produced in North America but with stories, semiotics and aesthetic research done in Africa. These works challenge post-colonial geopolitics, modern global ethics, and Africa’s general exclusion from enjoying the full benefits of its natural and cultural resources.
Drawing on these themes, my presentation asks, who is a full person? Who is Cosmopolitan? Who controls narratives of the past, the present, and the speculative future? How have people of African heritage defined intellectual, semiotic, aesthetic and cultural expressions throughout periods of slavery, colonialism, dislocation, exile and migration? What have they done with timeless exposure to new ideas of spiritual and material significance? Do African-derived spiritual and humanist values deserve more recognition for their ability to absorb new ideas and pervade creative and expressive cultures on a global scale?

About the Interreligious Dialogue Initiative

The Interreligious Dialogue Initiative (IDI) established in 2012 under the auspices of Mission and Ministry and now, as of Fall 2015, located within the Institute for Catholic Thought and Culture (ICTC) aims to awaken sensibility in the Seattle U. community to the richness of the world’s religions, a richness abundantly represented on our campus, and to move beyond mere tolerance to engagement. The IDI steering committee includes on-campus representatives of various religious and spiritual traditions and key areas such as Campus Ministry, Theology and Religious Studies, and the School of Theology and Ministry. Beginning in the academic year 2019-2020, the IDI will be shifting its focus in a new direction. Each quarter IDI, in collaboration with various other groups and initiatives on campus, will sponsor a public forum designed to deepen awareness of religious traditions and spiritual pathways. We hope that these events will emphasize the continuing creative role of religions in a secular age.

Read the text from the 34th General Congregation of the Society of Jesus, Decree 5: “Our Mission and Interreligious Dialogue.” https://jesuitportal.bc.edu/research/documents/1995_decree5gc34/