Lorraine Davis, ‘18 is one of the Fostering Scholars Program’s many success stories. An unusual circumstance inspired Lorraine’s educational path. She was born with situs inversus, a rare genetic condition in which the major visceral organs are reversed, mirroring their normal positions. Fortunately, the condition doesn't typically cause any physical problems. Lorraine grew-up perfectly healthy, and has only to wear a medical bracelet in case of emergency. It did, however, stimulate her curiosity and as she researched the unique condition, it captured her interest. Lorraine graduated with a Bachelor of Science 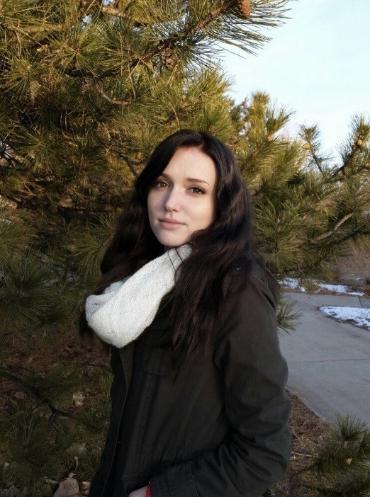 degree in Cellular and Molecular Biology and a minor in chemistry and is now pursuing her PhD in cancer biology at the University of Colorado in Denver.

Together with a younger disabled sister, Lorraine began her life in a single-parent household in Colorado. Lack of income led to food insecurity. Social Services stepped-in when Lorraine was 12, first removing her sister from the home and soon after sending Lorraine to live with an aunt in Washington State. This was followed by a few foster placements, including eventual placement with the family of her high school best friend. It was a positive situation.

Lorraine attended Mercer Island High School and the Running Start program at Bellevue College. “I definitely struggled my freshman year of high school; that’s when there was a lot of transition in my living situation,” she says. “But I spent the next three years making-up for that, and I did really well.” By the time she graduated in 2013, Lorraine had decided to study genetics in college.

A Seattle U Experience

During the college application process, Lorraine’s foster mother took her to a service fair at Treehouse, an organization that provides youth in Washington’s foster care system with academic and personal support. It was there that she met Colleen Montoya Barbano, director of Seattle U’s Fostering Scholars program.

“Colleen was really nice, supportive and friendly,” Lorraine recalls. “This drove me more in the direction of Seattle U. I was also excited about the opportunity Fostering Scholars provides kids like me to graduate from a four-year university unburdened by student loan debt. It was another factor that made Seattle U my first choice.

Lorraine applied for early acceptance to Seattle U, and received her acceptance letter on Christmas Eve 2012. In April she was offered a Fostering Scholars Scholarship. She moved to the Seattle U campus that June. “I was being supported before school even started,” she says.

Lorraine entered Seattle U in September 2013. Over the years, her academic interest changed from genetics to cellular and molecular biology.

“As I did more advanced coursework and research in cellular and molecular biology I fell in love with it, and knew it was the career path I wanted to pursue,” she explains. “I was constantly excited by it and looking forward to doing that work for the rest of my life.”

She participated in research projects with two of her professors, Mark Jordan, PhD, and Brett Kaiser, PhD, both in the biology department. Kaiser received his PhD in cancer biology. Intrigued, Lorraine began looking into cancer biology programs and liked how interdisciplinary they are. She did two summer internships at Seattle Genetics, an emerging global biotechnology company, which develops antibody drugs to fight cancer.

Lorraine graduated from Seattle U in June 2018, with plans to attend graduate school.

One of the main reasons I went to Seattle U was its small size and the individual attention students receive, which I definitely experienced in the biology department,” she says. “Everyone was invested in my success and willing to help me. If you’re uncertain of yourself or you’re going through a hard time – having someone to lift you up and support you really makes a difference. Seattle U is unique in that way.”

“Fostering Scholars,” she continues, “contributed very positively to my experience. Colleen and Karina, the program’s assistant director, were very involved and supportive. They encouraged us and were always super proud of what we did, which was nice. They try to make you really connected and to form a community. They are also good at providing transitional support when you’re moving off campus and going out on your own – anything you need.”

For the donors who make the Fostering Scholars program possible, Lorraine offers the following words.

“I’m really grateful for your selflessness, compassion and generosity. Fostering Scholars impacts students’ lives far beyond the financial unburdening. It makes us feel that you are aware of our struggle, and that you care and support us. It’s a wonderful thing, and I’m very thankful for it.”