A beacon of hope and a voice for his community 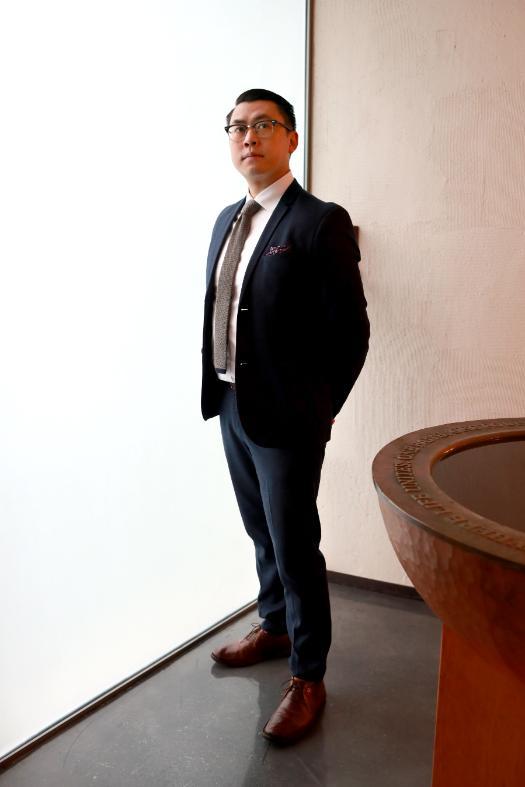 and district, Joseph Nguyen, ’06, is the first person of color to win a senate seat in Washington state’s 34th District, the district where he grew up. The son of Vietnamese refugees, he is also the first Vietnamese American state senator.

A legislative newcomer albeit a deeply committed servant-leader focused on issues of social justice, Senator Nguyen credits his connection to the community for his landslide win in 2019. He is determined to use his platform to elevate voices and ideas that have, in the past, been left out of the conversation.

“Where Joe is, he leads,” says Mike Gilmore, ’06. “He does so with humor, honesty, frankness and fairness. I am genuinely optimistic about the future of our democracy knowing that people like Joe are helping to modernize the republic.”

A finance and humanities major, Nguyen was fortunate to land a job in his field after graduation. He worked at an investment bank, putting in many long hours and gaining valuable experience. But he didn’t find the work satisfying. A transformative encounter came during a solemn family trip to Vietnam for Nguyen’s father’s funeral.

“There were things in my professional life I was really stressed about, then I went to a third world country where people sat on a dirt floor and had no money, but were generous beyond belief,” he says. “It made me realize I didn’t have to live the life I was living to be happy. So I went back to Seattle and quit my bank job.”

Nguyen did continue a successful career, rising in the finance and tech sectors to his current role as senior program manager at Microsoft. However, he never again allowed his job to overshadow what is most important to him.

“My professional life no longer defines me as a person,” says Nguyen. “It’s become more a means to an end and that end is serving the community.”

This commitment to service led Nguyen to serve on the Wellspring Family Services Board of Directors, working on issues of family homelessness. In 2017, he joined the Community Advisory Committee for Law Enforcement Oversight following the fatal shooting of an unarmed Asian student by a King County Sheriff’s deputy. This experience convinced him the people of the 34th District needed deeper representation and prompted his decision to run for office.

“Joe won his senate seat by being smart, dedicated and relentless in meeting his future constituents,” says friend DJ Weidner, ’07, president-elect of the Alumni Board of Governors. “The district and state are better served for it. I can think of no better example of servant-leadership.”