For What Matters Most 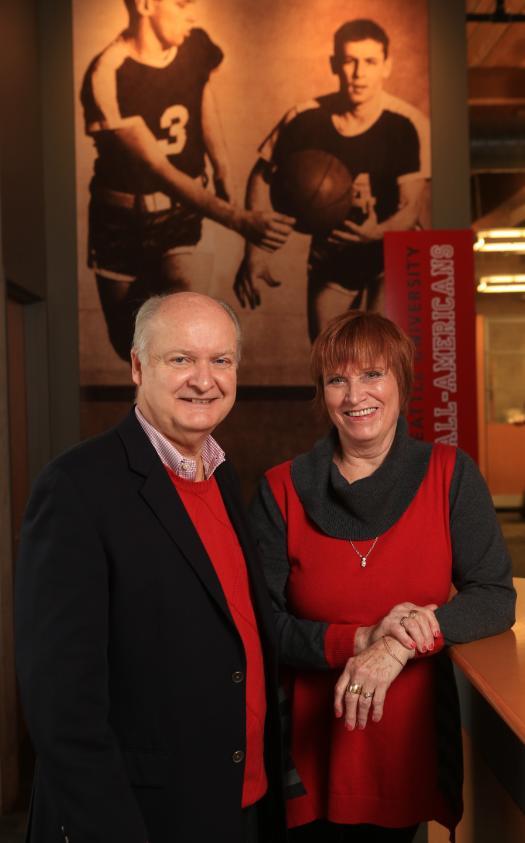 You could say that John Dougherty’s connection to Seattle University began before he was born. The nephew of Fr. Albert A. Lemieux, one of Seattle University’s longest running and most successful presidents, John often sat with his uncle at Chieftans (now Redhawks) basketball games. He attended Seattle University on scholarship, the enthusiastic manager of both the baseball and basketball teams. A few years after graduation, he became president of the Booster Club, a position he held for 10 years.

John became a development officer with the Seattle University Athletics Department, a position from which he retired in July 2019.  Today, he continues to volunteer on the SU Baseball Advisory Board and is present at all men’s basketball games.

The couple has chosen to remember the Seattle University Athletics Department in their will with a portion equal to the amount they’re leaving each of their four children. “We think of Seattle University as our child,” says Diana. “When we were younger, we used to fantasize about what we’d do if we had a great deal of money and even then, we talked about giving back to Seattle University. This is the fulfillment of one of our dreams.” A gift by will enables donors, like the Dougherty’s, to direct their bequest to the program of their choice. “I want to ensure that Seattle University can continue to provide athletes with smaller classes and a culture that supports community,” John says and he urges others to do the same. “I ask that all Seattle University alumni think about what their education has meant to them and the doors it’s opened throughout their lives—and donate so that future students can receive the same benefits.” Diana offers yet another reason for supporters to remember Seattle University in their will, “I’ve found that giving benefits the giver because of the joy that we feel by having our planning in place and knowing that our support of SU will continue on in perpetuity.”