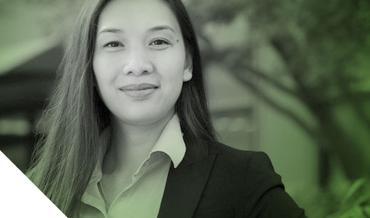 “Seattle University’s Doctor of Nursing Practice (DNP) degree enabled me to take the next step in my career; that is, to address the primary-care shortage crisis by giving nurse practitioners the tools they need to succeed in complex community health settings.”

Quyen’s decision to become a nurse practitioner (NP) was inspired by her experience growing up in Bellevue as a Vietnamese political refugee who had immigrated at 11 with her family. “Although we came to the U.S. because it is the land of opportunities, over time we also recognized that there were systemic inequalities that profoundly affected those of underprivileged backgrounds, my family included.”

Quyen decided that nurse practitioners represented the future of primary care for underserved, or “resilient,” populations, as she calls them. Seattle U’s College of Nursing perfectly matched her social-justice mission to serve people with limited financial and social resources. She earned three nursing degrees from Seattle U culminating in her doctorate of nursing practice (DNP) in 2014. “I think it speaks for itself that I keep coming back,” she says, distinguishing SU’s nursing program as one with “a soul.”

At International Community Health Services (ICHS), Quyen delivers clinical care to predominantly Southeast Asian and East African patients, the majority of whom are political refugees or immigrants with cultural, language and financial barriers. Quyen loves clinical work but believed she could broaden her impact as a nurse leader backed by a DNP. By all accounts, she was right.

Quyen developed and now directs the Nurse Practitioner Residency Program at ICHS. She advocates for federal funding and accreditation for NP residency and fellowship programs nationally. And, she founded a Northwest consortium to promote collaboration among nursing residencies, fellowships and educational institutions.

Post-graduate training programs, Quyen says, improve primary care for underserved populations by better preparing NPs for the “complex clinical work” that has historically contributed to high turnover. Her work has created an infrastructure to develop future generations of primary-care providers.