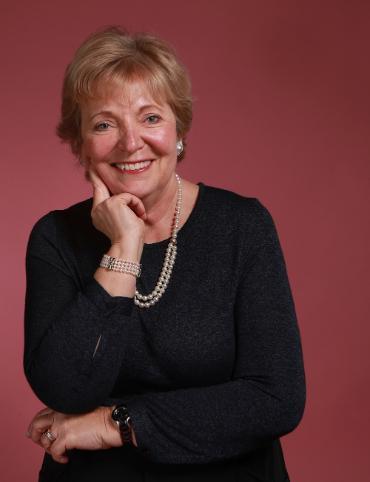 When Brenda Christensen, ’81, was growing up in rural Minnesota, being a Girl Scout gave her a way to experience new people and places. During her senior year of high school, the Girl Scouts awarded her a scholarship to spend the summer in Italy. Going abroad helped to unleash the imagination, ingenuity and discernment that would lead Christensen to become a global technology pioneer.

“Most of the things I have done in my life and career, I could have never imagined because many didn’t exist before,” Christensen says.

Christensen spent more than three decades in the computer and storage networking industries. She has worked in sales, marketing and engineering at Xerox, Houghton Mifflin, Digital Equipment and Adaptec. She served as founding vice president of marketing for the data storage networking company Brocade Communications. She also spearheaded and co-owned an India-based technology-conference business. Recognized in the Storage Networking Industry Association Hall of Fame, Christensen has sat on the boards of start-up companies in Israel, India and France.

She attributes her success to working harder than everyone else. Early in her career—with a resume that included CEO of a Midwest region of the Girl Scouts and an MBA from the Albers School of Business and Economics—Christensen joined a team that consisted of 47 men at Xerox in California. She was the “girl” whose desk they put in the hall. Her background and willingness to learn served her there and in every job she held afterward. It has also extended to her philanthropy work.

She published the book, The $8 Man, first-person narratives of 17 persons from India who came to North America in the 1960s and 70s.

A Seattle University Trustee, Christensen and her husband Tom have supported SU’s Nicaragua Initiative, global scholarships for Albers students, the Center for Science and Innovation and the Youth Initiative, among other programs. Additionally, Christensen does volunteer work at the community level in Peru and with an organization that helps farm workers in California.

“Brenda has built a life of caring for other people,” says Albers Dean Joseph Phillips. “She is a voracious learner with the capacity to see the value of an idea before others do, as well as the steps necessary to bring it to fruition. She is also an advocate for and believer in the value and uniqueness of Seattle University.”