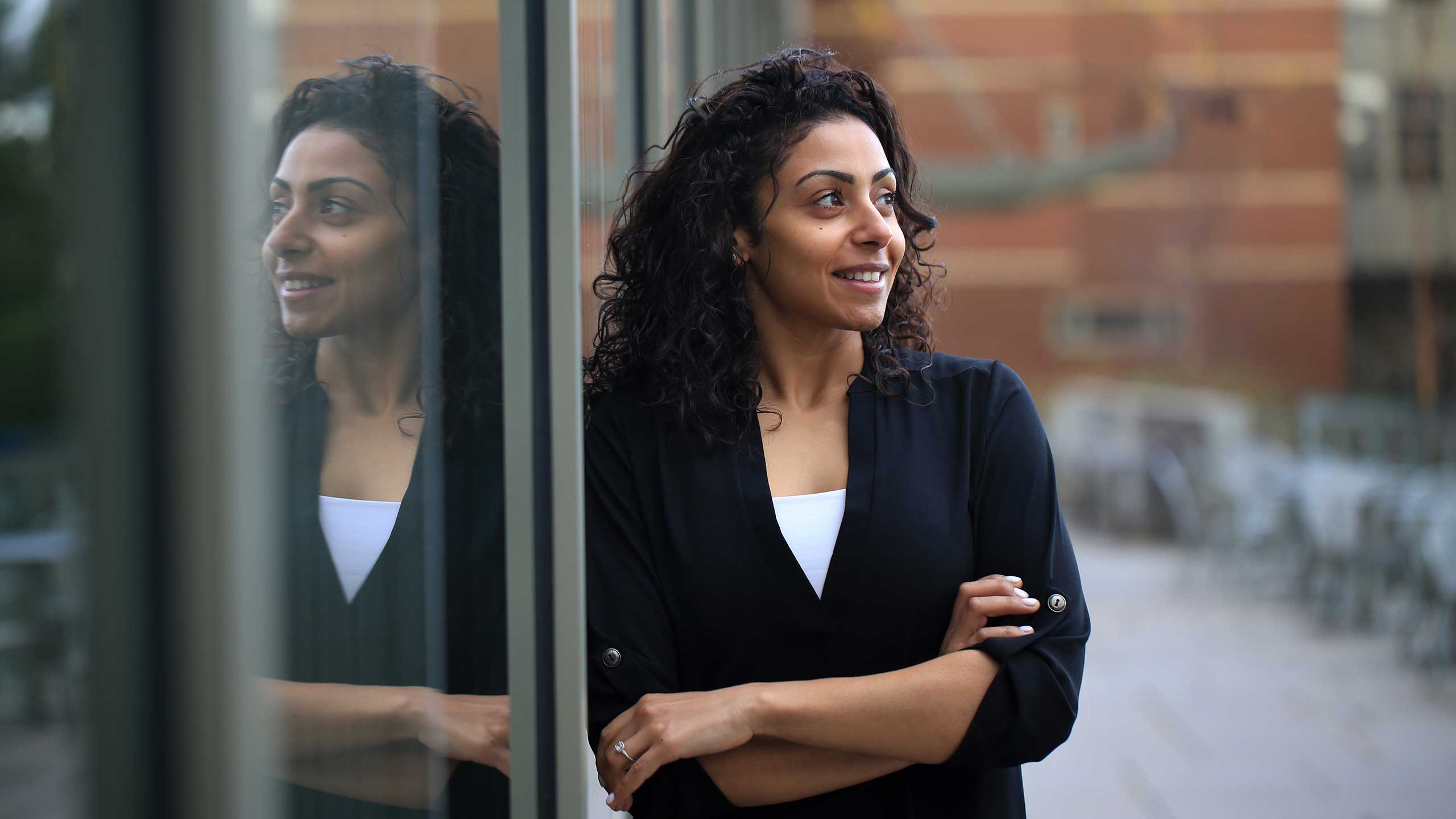 A child of war-torn Palestine, Majd Baniodeh was already a citizen of the world when she arrived at Seattle University.

When she was just 15 Majd came to the United States on her own for her education. Her world view had been shaped in equal measure by the violence she experienced growing up and the “non-violent resistance” modeled by her parents, both nurses, that inspires her today. “My parents always said, ‘Education is our strongest weapon.’”

Coming to Seattle for high school, Majd was shocked to discover how little Americans knew about the world and felt compelled to educate people. However, upon entering Seattle University, she was gratified to find a more culturally-aware population. “People at Seattle University have a dedication to global awareness,” she says.

Eager to develop her cultural competency, Majd took advantage of a Seattle University internship in Djibouti on the Horn of Africa. There the trilingual international studies major provided translation and research services. But her real education came in witnessing the pervasive human trafficking of women and girls. Majd tried to intervene, but found the situation to be “a lot bigger than I am.” Upon returning to Seattle University, she captured her impressions in an impassioned academic paper and brought her drive to help back into her studies. “I carried that message and gave the women a voice.”

Such experiences provided the cornerstones of Majd’s service-driven education, but she credits her Seattle University professors with developing in her the critical-thinking skills and confidence she would need for an international career. Professors from economics to English became mentors who prepared Majd for the path she would follow after graduation – working for notable international agencies such as Global Washington and studying applied international studies as a graduate student.

“My Seattle University professors saw in me a powerful woman and gave me the tools to get where I wanted to be.”