As a young nurse in Virginia, Jennifer Fricas, PhD, MPH, RN, could feel the hospital walls closing in on her. Anxiety and time pressure made it difficult to talk to patients. Fortunately, Fricas recognized the source of her trouble—she didn’t want to treat the sick. Instead, she wanted to help people stay healthy. So, Fricas did something considered highly unusual for new nurses at the time—she took a job with Virginia’s Fairfax County Health Department. In six years there, she gained a range of experiences from conducting wellness groups to managing the spread of infectious diseases.

Since then, Fricas, a College of Nursing assistant professor, has forged a forward-thinking career in the development and education of population health. Also known as public health, the field focuses on promoting health and preventing disease for a community or at-risk group. Her career and leadership at Seattle University includes the related field of global health, which involves improving health for people worldwide.

“I kept thinking about broader and broader environments,” says Fricas, who has a Master of Public Health in Global Health Policy. “Global health is population health. It’s all about education, proper infrastructure and creating linkages.”

Born on a U.S. Army base in Germany, Fricas finds it ironic that her career centers on building community when she grew up moving every two years because of her father’s life in the military.

In 12 years with the College of Nursing, she has held several leadership roles through which she has promoted population health, a field she says has historically been “an outlier” compared to acute care nursing.

She teaches several population health courses to juniors, seniors and graduate students. In addition, the college benefits from relationships she built with 60 community-based health care partners as the college’s community liaison. As the college’s former global engagement chair, she started a bilateral exchange program with Mälardalen University in Sweden that ran for five years, expanded the nursing immersion program to Belize—sending nearly 100 nursing students on summer internships between 2008 and 2019—and deepened the Nicaragua summer immersion program.

Most recently, Fricas created a new population health internship that the college launched this fall. The program pairs junior- and senior-level undergraduates with community agencies for 30 hours each quarter over the course of one year.

“It’s really going to set us apart from other programs,” she says.

Aspects of the internship were inspired by Fricas’s doctoral work in Organizational Leadership, Policy, and Development and her research into well-being and community development in the U.S. and globally.

Whether working globally or locally, Fricas says, population health nurses must empower the people and communities with whom they are working. That means nurses must also shed any ego or cultural bias.

“We need to change the way we are teaching our students because people don’t live in hospitals. They live in communities.”

Says Fricas, “You have to put your expert self aside to engage on a more authentic level.”

The first time she came across an idea like this was as an undergraduate nursing student. She has never forgotten the simple question her professor asked aloud: “Why take care of people who are already sick, when you can work alongside them and keep them well?” She didn’t know it then, but the professor was talking about population health.

Twenty years later, Fricas is raising this once outlier profession to a new level.

“What’s evolved is figuring out how we do this work so that our students don’t just helicopter in to provide services and leave without increasing capacity,” she says. “We need to change the way we are teaching our students because people don’t live in hospitals. They live in communities.” 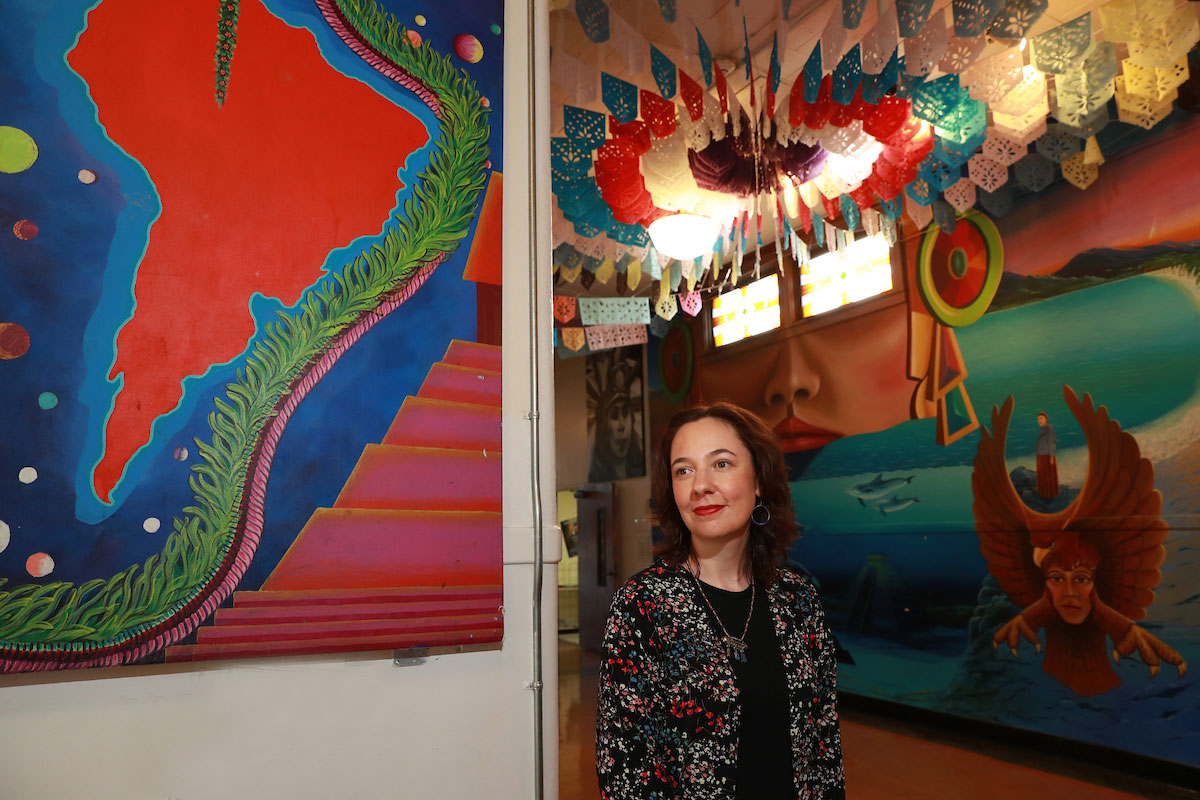