May 24: The Ascension of the Lord

On this Sunday, the Feast of the Ascension of the Lord, Fr. Tom Murphy, S.J. preaches on the Sunday readings

May 22: Friday of the Sixth Week of Easter

In Monday’s gospel we heard that the world is going to persecute the disciples for their testimony to Jesus, but they are not to worry, for the Holy Spirit will be their Advocate and speak for them.

Today’s readings from Acts18 is an example of this advocacy. First Paul hears from the Lord that he is not to worry, but to speak out, because the Lord is with him. No one will attack him because the Lord has many persons in Corinth. And yet in the next paragraph the Jews attack Paul by bringing him before the Roman tribunal.

As Paul is about to defend himself, Gallio, the Roman proconsul, dismisses the case. He does so on narrow legal grounds. Judaism was a protected legal religion in the Roman Empire. Christianity was still a form of Judaism which proclaimed that the Messiah has arrived. The Jews want Paul punished because he is preaching a different form of Judaism, “contrary to Jewish Law.” Gallio says he, as a Roman, is not going to get entangled in interpreting Jewish law and Jewish religion. He remands the case to them to settle. And they do so by beating their synagogue leader for his ineptitude in framing their case!

Gallio is not, in our minds, one of the (Christian) persons of the Lord in Corinth. And yet the Spirit of Truth, the Advocate has spoken through him and released Paul for the Lord’s work.

And so our first learning from this gospel is twofold: 1) the Spirit will testify for us when we are attacked for proclaiming the gospel, and 2) the Spirit of Truth will speak through agents and events which we do not acknowledge as Christian. (Is the Spirit speaking to us through the COVID pandemic? Not as judge, but as inviting us to real justice in a new world?)

But let’s get back to today’s gospel. Jesus warns his disciples that when he is killed they are going to be devastated: it will appear that the world has won, by permanently ridding itself of this disturber of their peace. But the disciples’ pain will be like that of a woman in labor---it will give way to the joy of seeing Jesus reborn in his risen Body. He has conquered the world!

Jesus’ metaphor of childbirth has a different meaning for us today. On the one hand, we can rejoice with the disciples that the resurrection of Jesus and his pouring of the Spirit on us has changed our world. But, on the other hand, we remain in the struggles of labor today. Jesus’ message of self-giving love is opposed to the emphasis on prosperity, power, and pleasure prevalent in our American culture. Living and preaching Jesus’ good news in an unbelieving world is still, and always will be, labor for us. St. Paul wrote, “all creation is groaning in labor pains even until now.” Our only midwife will be the Spirit of Truth, the Advocate who will testify for us.

In our Eucharist we pray that God pour out that Spirit on us in Christ’s Body.

May 21: Thursday of the Sixth Week of Easter 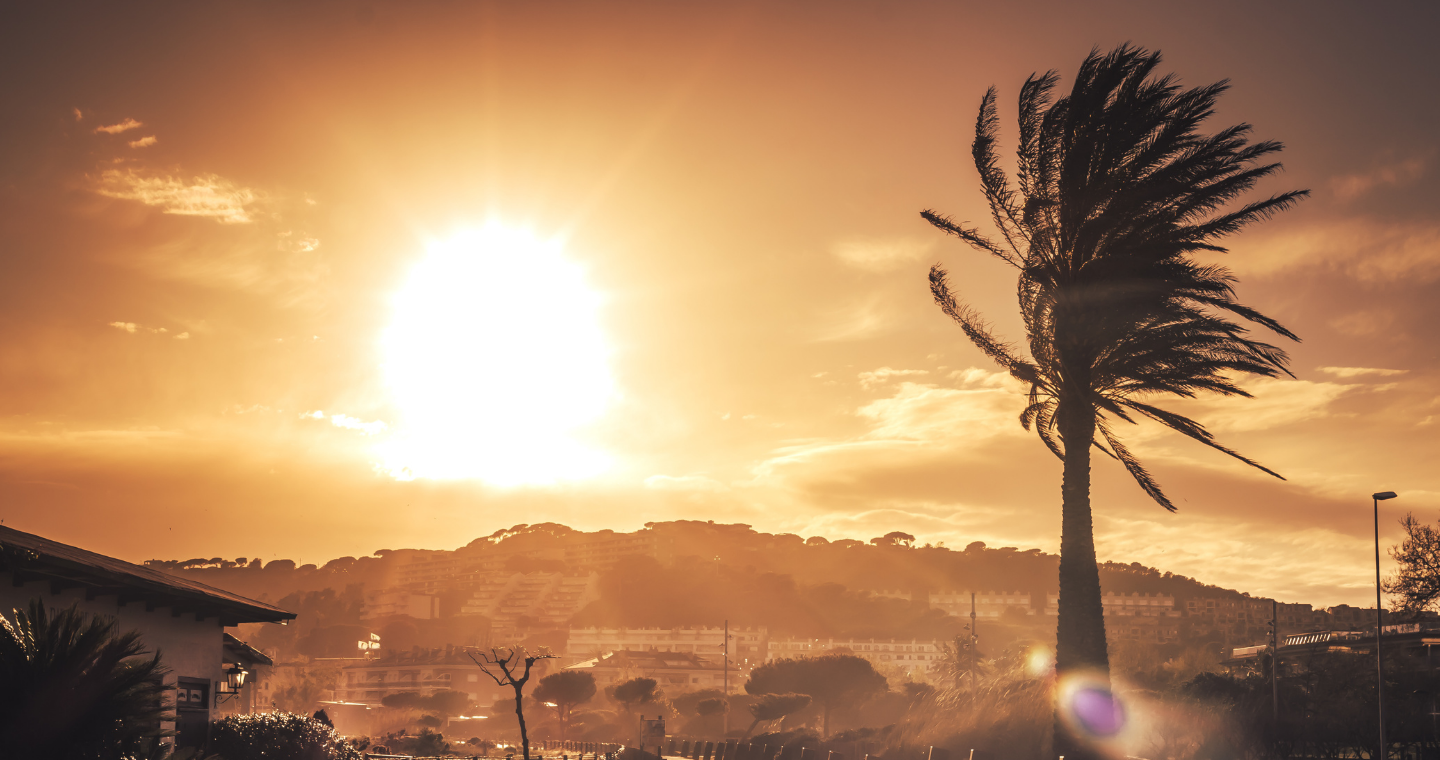 “A little while again and you will no longer see me, and again a little while later and you will see me.” So Jesus tells us on this Thursday of the sixth week of Easter. As it happened, Jesus was speaking to his disciples just a little while before his arrest, passion, and crucifixion. As John tells it, Jesus was in fact predicting his own death and resurrection.

But when I first read this, without looking into the greater context, I thought perhaps it was the resurrected Jesus appearing to his disciples and predicting the second coming. Perhaps that says something about where my mind is currently, that I could more easily bring to mind the second coming and judgement day than I could the resurrection of Jesus Christ our Lord and Savior in all his glory.

Is peek-a-boo a culturally universal baby game? I think it probably is. I think somewhere in the recesses of my mind I still remember my loved ones playing that game with me—hiding their face behind their hands, then reappearing with a smile of pure joy. In many ways the state of my soul depends on that everlasting game of peek-a-boo—between me, my loved ones, and God.

My aunt of 45 is currently 6 ½ months pregnant with her first child. I am so happy for them. The happiness I feel about this future baby cousin is so simple and straightforward. It makes sense. Truly, it is so easy to see how it makes sense. While in many ways I fail to see Christ singing a new creation in my life, in this way it is so simple.

So what am I saying? What is Jesus saying?

May 20: Wednesday of the Sixth Week of Easter This is such a strange Easter season. As God calls us to be joyful, to celebrate the Risen Christ, we are all feeling the stress and the loss as a result of COVID-19. How can we be joyful in the time of so much death, cancellation of communal events and celebrations, rising economic strife, and overwhelming uncertainty?

Here is where I am finding my hope: We are a people who know resurrection, who can have faith that out of death and darkness, there can be life and light. When the disciples witnessed Jesus’ death on the cross—even though he had assured them that he would return—they lost all hope, fell into uncertainty and sorrow. But he came back, bringing with him redemption, forgiveness and eternal life.

Right now, Jesus offers us a companion in our grief and pain, but also a reminder that God can make goodness out of even the hardest times. There is no doubt that COVID-19 is impacting our communities in a massive way, changing lives forever, transforming the way the world works. And God is still bigger. These verses from Acts today remind me of the greatness and the power of God, but also God’s infinite presence to each of us: “Though indeed he is not far from any one of us. For ‘In him we live and move and have our being.’” Even in the distance, the struggle, and the strange times such as the ones we are in now, God is still in all things. “Heaven and earth are [still] full of [God’s] glory.” The enormity of COVID-19 and all the ways it is impacting us right now pale in comparison to the vastness and goodness of God.

In the Gospel reading for today, Jesus says, “I have so much more to tell you” and promises us further communication from the Spirit. I like to think that God is constantly communicating with us, we just aren’t always that great at listening. What might God be telling us during this time of physical distance and change? Sometimes, I am worse at listening when I feel like my world is falling apart or my problems are just too big; I fill my spaces with constant sound and distraction. After reading today’s scripture, I am thinking more about how to sit in the quiet and listen. In this time of slowness and uncertainty, I am seeking to pay attention to the ways God is speaking to me, how God is adjusting the places where I find joy, and reminding me that in God, there is always resurrection.

May 19: Tuesday of the Sixth Week of Easter

I am struck by today’s story in the Acts of the Apostles. We’re presented with a miraculous occurrence: Paul and Silas, having been beaten and jailed, experience an earthquake that opens the doors of their jail and frees them from their chains. However, I was more captivated by the story of the transformation of their jailer, who in the course of an evening (and a few short verses), goes from someone who is diligently following orders to imprison them, into one who welcomes these prisoners into his home, bathing their wounds and sharing at table with them and his entire household.

There are stories elsewhere in the Book of Acts that recount providential escapes from imprisonment for the apostles – this one however, stands out in the startling transformation of the jailer. While the imprisoned could have easily walked out of the jail after the earthquake and unshackling, (as they did in other stories like this), or could have overpowered the jailer and made their escape, the Word today invites us to imagine the total transformation of relationship that is possible through the power of God – where enemies become friends, and all share at table together in joy.

How is it possible that this jailer, the instrument of Paul and Silas’s oppression, becomes their host? I trace his story – beginning with simply following orders, to asleep, then gripped by fear, moved with curiosity, listening attentively, tending wounds, embracing faith, and sharing with joy at table together. I am struck by curiosity and listening being the doorway from his fear into fellowship. His is a story of conversion of heart and transformation of relationship. Perhaps it is really a story of the jailer being set free. Could his path be our path too?

I see the similarities between the jailer’s story and our current global context: our daily lives are being shaken up by cataclysmic events; I wonder what transformation is possible if we start to engage with curiosity in the midst of our fear. If we started to listen attentively. What old scripts and ways of operating might we abandon? Whose wounds might we be called to tend? How will our households transform? Who might we want to embrace in friendship and fellowship? Where will we put our faith? What will bring us joy?