Funerals at the Chapel of St. Ignatius 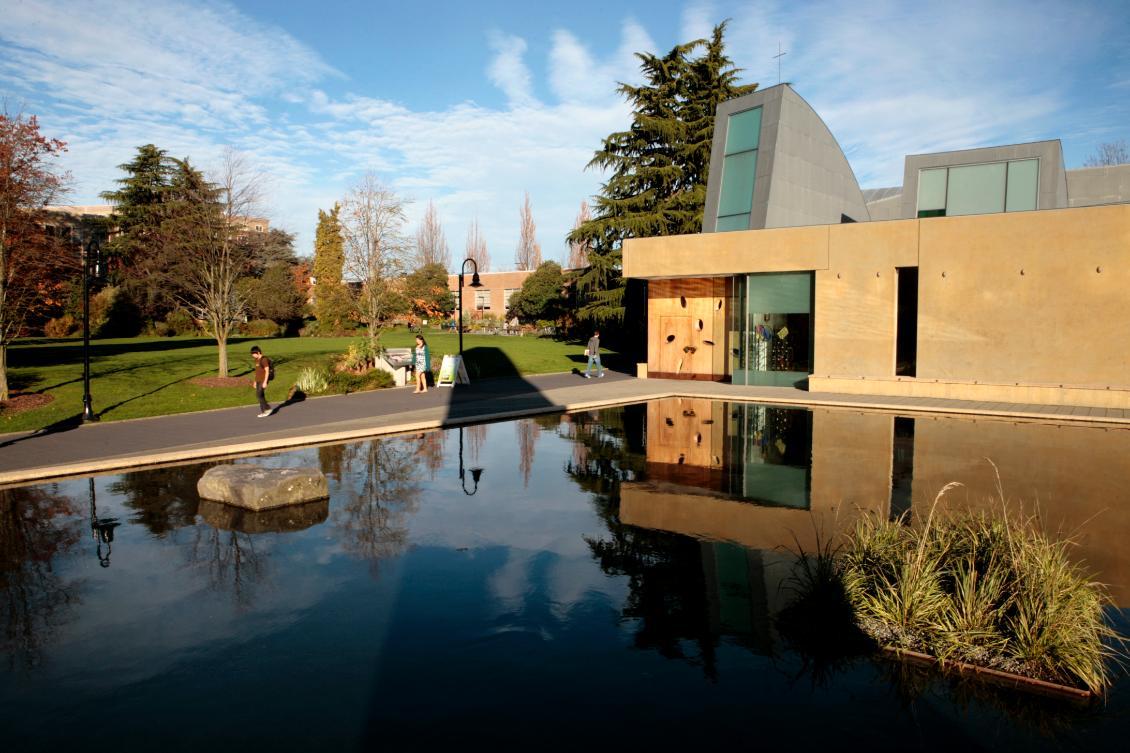 The death of a loved one is a time of sorrow and profound grief. It is also a time when our Christian faith in the Resurrection of Christ can offer great comfort and allow us to experience grace in the midst of sadness.

The prayerful rituals of the Catholic Church at the time of death are meant to bring hope and consolation to family members and friends even as they commend the soul of the deceased person to the loving mercy of God.

The Campus Ministry Liturgy Team offers the following list of questions and answers in the hope that it will help family members better understand the way the Chapel of St. Ignatius celebrates funerals and assist them as they prepare to celebrate the funeral of their loved one in the most fitting way possible.

What is a Catholic funeral Mass?

The funeral Mass is the normal way the Catholic Church commemorates a person’s death.  At the funeral Mass, family, friends, and parishioners gather to pray for the deceased and for the deceased person’s family and friends using scripture readings, prayers, and special rites. Because the Eucharist is the memorial of Christ’s own saving death and resurrection, it is the most appropriate way to celebrate at the time of death.

No. In some instances it can be quite appropriate to celebrate a funeral outside the Mass.  For example, when all or most of the family members of the deceased are not Catholic, a Liturgy of the Word without the celebration of the Eucharist is appropriate.

Whose funerals are celebrated at the Chapel of St. Ignatius?

The long custom of the Catholic Church is for the deceased to be buried from their own parish church.  Because of this, as a general rule, people whose funerals are celebrated at the Chapel are alumni, immediate family members of alumni, or people who have had a long relationship with Seattle University, such as faculty and staff.

Campus Ministry is only able to support Catholic funerals on campus. In order for a funeral to take place on campus at the Chapel, the deceased must be baptized Catholic, Catechumens, or unbaptized children.

Does the casket need to be present at the funeral?

If at all possible, the remains of the deceased should be present during the funeral Mass in order for the Church’s full rites for the dead to be celebrated.

Does the Church permit cremation?

The Church does permit cremation. When cremation is going to take place, the Church has a strong and clear preference for bringing the body of the deceased to the Church for the funeral and delaying the cremation until afterwards.

If cremation takes place, are the cremated remains brought to the Church?

Yes, the cremated remains, enclosed in a worthy container or urn, are brought to the Church for the funeral.  After the funeral, they are buried in the ground or entombed in a mausoleum or columbarium.  In keeping with our Christian hope in the resurrection of the body, the Church does not allow the practice of scattering cremated remains on the sea, from the air, or on the ground, or of keeping cremated remains in the home of a relative or friend of the deceased.  Such practices do not properly honor the dignity of the human body.

What is a “memorial Mass”?

A “memorial Mass” is a funeral celebrated in those exceptional cases when it is not possible for the remains of the deceased, whether in a casket or an urn, to be present.

When does the burial take place?

When the body has been brought to the Chapel, the burial or internment usually takes place immediately after the funeral or, sometimes, after the reception. If cremation is to follow the funeral, the burial of the remains takes place some time later.  The priest who presided at the funeral typically leads the graveside service with family members and friends in attendance.

Who presides at funeral celebrations?

The family can select a priest of their choosing for the funeral mass. If needed, the Campus Minister for Liturgy can help make a connection for the family with a Jesuit on campus.  Also, a deacon may preside at a funeral outside of the Mass.

When may funerals take place at the Chapel of St. Ignatius?

Most often, funerals take place on weekdays, usually in mid-morning or in late afternoon.  They may also be celebrated on a Saturday morning if no wedding is scheduled. Funeral Masses may not be celebrated on Sunday.

How are funerals at the Chapel scheduled?

Funerals are scheduled in consultation with the Campus Minister for Liturgy.  As far as possible, the needs and wishes of the family are given first consideration, although the availability of the Chapel and staff must also be taken into account. In general the staff are able to schedule a funeral within one week of a person’s death. Contact the Campus Minister for Liturgy via email or by phone at 206-296-6992.

Does Seattle University offer opportunities to pre-plan funeral services at the Chapel?

The Campus Minister for Liturgy is available for consultation and assistance in planning ahead for a Catholic funeral at the Chapel of St. Ignatius with alumni, faculty, and staff. The guidelines and principles on funerals as stated above would also apply to any pre-planned funeral services at the Chapel. Please contact liturgy@seattleu.edu or 206-296-6992 to schedule a time to meet.

Planning the Liturgy and Family Roles

Does the family of the deceased participate in the funeral?

Members of the family are encouraged to participate actively in the funeral.  There are a number of ways for them to be involved.  Some family members usually meet with the liturgy team to plan the funeral, including selecting readings, music, and ministers.  Then, prior to the service, family members are present in the chapel to welcome friends to the celebration.  They can also choose the pallbearers or even serve as pallbearers.  They almost always place the funeral pall (a reminder of the white garment received at baptism) over the casket at the beginning of the liturgy. Family members can also proclaim the readings from the scriptures and present the gifts of bread and wine for the celebration of the Eucharist.  In the case of a funeral when the cremated remains are present, a family member usually carries the urn in the procession, and any family members present can choose to participate in the procession.

How do I plan the liturgy for the funeral?

The Campus Minister for Liturgy, JoAnn Lopez (lopezjo@seattleu.edu) will assist you in planning the liturgy, in coordination with your priest presider. The Campus Ministry team will provide you with templates and materials that outline the choices of readings and music, and the roles that may be filled in the funeral by family and friends.

Are there guidelines regarding music for the funeral?

Yes. The music for the funeral must be sacred music appropriate for a funeral mass, and is selected in coordination with the Campus Minister for Liturgical Music, Bill McNamara (mcnamarw@seattleu.edu), who also can refer the family to liturgical musicians who can offer their gifts at the funeral or memorial liturgy.  The Campus Ministry team has curated a list of hymns to assist family members in the planning of the funeral liturgy.

Are eulogies ever permitted at funerals?

The priest or deacon who presides at the funeral will give a homily during the service, and most homilists make the effort to speak in a personal way about the deceased and to relate the scripture readings to the life of the deceased.  If circumstances indicate that a eulogy is appropriate, it is offered by a family member or friend at the end of the funeral service, after communion, and should be no more than 500 words in length (a maximum of 3 minutes).

What about a worship aid?

The Campus Ministry team can assemble a worship aid for you. These can be customized with a photo of the deceased, and a message from the family. Families are responsible for the printing of the worship aids, or can reimburse Campus Ministry for the on-campus printing costs.

Are there fees involved with a funeral?

There is no fixed fee for a funeral or memorial at the Chapel.  Many families choose to make a memorial offering to the work of Campus Ministry in honor of the deceased. Our suggested donation is $350. Other fees that might be involved in the planning of a funeral mass include the stipends of the presider and the musicians, and printing costs for the worship aids.

Does Seattle University have space for a reception?

Sometimes.  Reception space may be available through Conference and Event Services, and would require the use of our on-campus catering service.