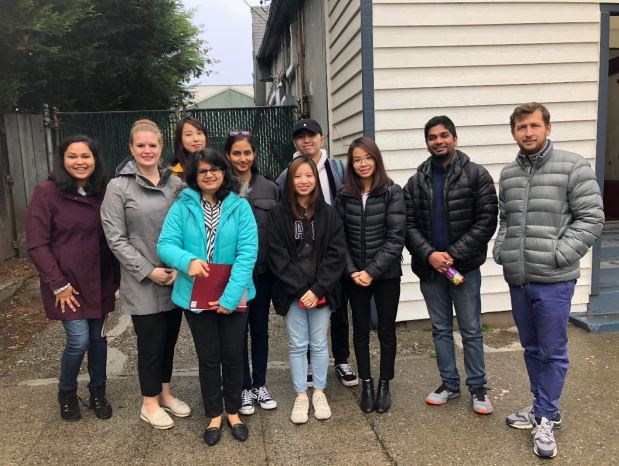 We expand the limits of learning in school to learning throughout the span of our lives through experience!

The Seattle University RAMP (Resource Amplification & Management Program) was formed to support our neighborhood small businesses and micro-enterprises in the Central Area of Seattle, which faces increasing gentrification and community displacement. Our mission is to help small business owners stay in the neighborhood, clarify and accomplish their goals, and connect them to resources. [read more about RAMP > https://goo.gl/EsPnQj ]. Our experienced Client Account Managers (CAMs)  work with  business owners as consultants and project managers in areas of finance, business development and marketing.

The RAMP team participates in monthly trainings on subjects such as project management, small business finance, leadership, and cultural competency. So this month we wanted to discuss the history of the Central District and how it has impacted its businesses, discussing terms such as gentrification, displacement, red-lining. We decided to get off campus to visit a few key Central District historical sites and visit two of our RAMP clients while we were there.

Before leaving campus we discussed a few key terms:

Red-Lining: In the United States, redlining is the practice of denying access and services, either directly or through selectively raising prices, to residents of certain geographical areas based on the racial or ethnic backgrounds of the residents in the given area.

Gentrification: Gentrification is a process of renovating deteriorated urban neighborhoods by means of the influx of more affluent residents with disregard for the local community legacy

Displacement: Gentrification that leads to the displacement of communities from their hometowns to different places.

When the practice of red lining was abolished in the mid 70’s, people from all cultures started flocking to the Central District because housing was predominantly cheaper. This in turn resulted in the displacement of African American people because as more affluent people started moving in, rental rates significantly increased, which in turn forced a great number of the African American community to move out of the city and move further down south.

From 2000 to 2007, U.S. cities from Boston to Seattle experienced significant gentrification in areas that were previously lower-income, changing the demographics of neighborhoods. Seattle ranked second in gentrification of the cities in the US during this period. The area that used to proudly have more than 70% of their population be African American, is now left with less than 20%.

After learning about gentrification and red-lining, we visited our client, Byrd Barr Place. Their Chief Operating Officer, Leon, was gracious enough to host the RAMPsters and gave us a small presentation about the company, including its mission and its goals. Leon also informed us more on gentrification and displacement.

Leon giving us the presentation: 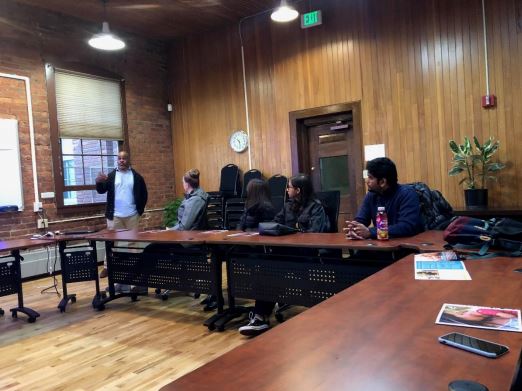 After meeting Leon, we visited Asfaha, another RAMP client, at his new coffee place, LemLem Café. He gave us a brief history about how he became a business owner and how he came up with the idea of his coffee shop. Asfaha also shared with us the visions he has for his coffee place. He is doing great work and is going to serve great coffee at his new place! So, whenever you are in the Central District and want to grab a cup of coffee, we highly recommend you to stop by at his store! The store is still currently under renovation but he’s planning to open it soon (we will let you know as soon as he does!).

One of our CAMs, Tomas, who is working on this project with Asfaha: 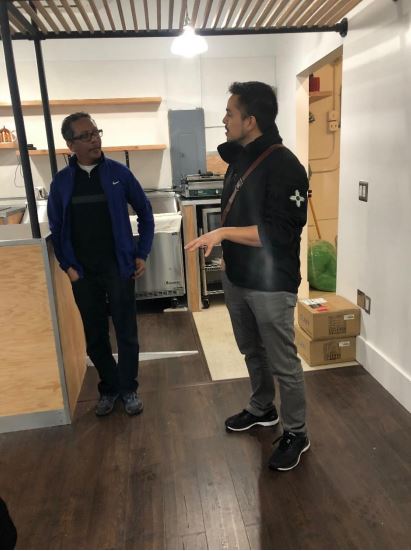 All in all, our students highly enjoyed this trip and would like to see more of such trips in the future!