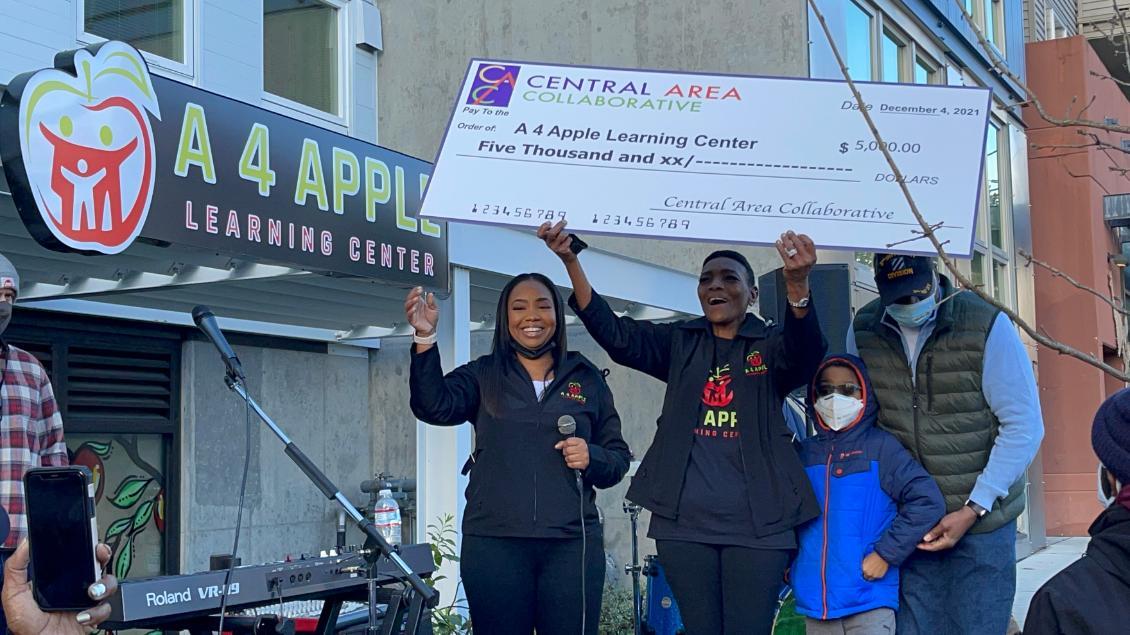 On December 11th, A 4 Apple Learning Center opened its doors for the first time at the new location on 23rd and Jackson. The new space is quadruple the size of their previous location, allowing them to serve a great number of families. The December 11th grand opening event led with singing of the Black National Anthem, a blessing, and speeches from supporters, including Wyking Garrett of Africatown Seattle, Dennis Comer of Central Area Collaborative, Representatives from the Seattle Office of Economic Development, Chris Szala CEO of Community House Mental Health Agency, and the Marshall Law Band.

After the ribbon cutting, the space opened as a pop-up vendor market for local businesses.The mission of A 4 Apple is to provide high-quality educational programs for toddlers and preschoolers in a supportive, safe learning environment, primarily to create a home away from home. A 4 Apple provides programs for low-income and middle-income parents and children of color throughout Seattle. The owners, Deborah B. Coleman and her daughter Appollonia Washington (Apple), have remained a staple for Preschool Education and Day Care Services for over 25 years. Apple said, “We’re excited to expand and serve the community at a greater capacity.”

Apple has been supported by Seattle University’s Innovation and Entrepreneurship Center Resource Amplification and Management Program (RAMP.up) and many other partners to fund the construction project. A 4 Apple opened next door to Catfish Corner, which was also assisted by RAMP.up to open their new location in June 2020. RAMP-up Director of Community, Amelia Marckworth, said, “After over two years of work, it is so exciting to see A 4 Apple finally open its doors in their new space.”

The grand opening of their new location has set them on a clear path to success. In the heart of Seattle’s Central District, A 4 Apple will continue to support the community through children’s education and care.