The Virtue of Humility

Written by Jeffery Smith, Director of the Center for Business Ethics
November 17, 2018

This past April two African American men, Donte Robinson and Rashon Nelson, were confronted at a Starbucks store in Philadelphia, first by employees and then by police, for trespassing after they declined to make a purchase while waiting for a business associate. This situation ended poorly for all parties involved. The manager who called police, while ostensibly acting on store policy, may have acted with bias that precipitated the arrest. Robinson and Nelson were forced to bear an indignity in public and experience what many others perceived as overt injustice. And Starbucks found itself squarely in the middle of a much larger debate about institutional racism.

My graduate students and I discussed this case at length shortly after it came to light. Much of their attention was focused on Starbucks’ response in the weeks after the arrest. They noted how Starbucks’ Executive Chairman, Howard Schultz, promptly met with Robinson and Nelson as well as the store manager. Schultz spoke directly and without equivocation. He did not blame the manager for the incident but, instead, internalized this problem as a moral shortcoming of executive leaders. He stressed that this was a moment for the company to examine its larger practices and organizational culture around race. And, most importantly, Starbucks CEO Kevin Johnson offered what most of my students took to be an authentic apology, properly contrite and directed not just to Robinson and Nelson but to other stakeholders.

Within a short period of time Schultz and Johnson embraced one of the most challenging principles of ethical leadership: the failings of an organization’s members, more often than not, reflect the failings of their leaders. 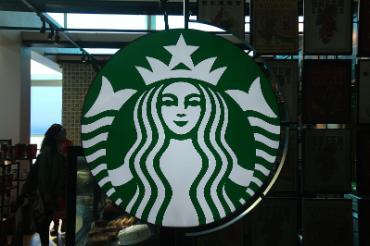 In many ways this case illustrates both the importance—and power—of humility. Executives at Starbucks admitted that they hadn’t given this problem enough attention and were “ashamed.” They recognized that they missed the signs that such an event could occur within their stores. Even more noteworthy was their up-front commitment to listen and learn from those parties for whom the event was painful.

The philosopher Valerie Tiberius has aptly noted that humility is not simply self-effacement or self-abnegation. It does not involve unduly lowering one’s abilities or accomplishments; rather, it is a trait that draws us away from relying on our own settled beliefs and opens us up toward the varied experiences and expertise offered by others. A person with humility stands ready and willing to observe and accept her own mistakes, allow others to expose her own errors and explore her own limitations.

A result of this is that a humble person is one who comes to know things better over time. They seek out new ways of seeing a problem that may expose poor judgment. They solicit advice to shed light on new facts that may have been overlooked. They accept what they do not understand and appropriately suspend their judgments about what is true or what is best for others.

The most laudable part of Starbucks’ response to the Philadelphia incident, thus, was the decision to become better informed of the problem of racial bias. First, a focus on Starbucks’ day-to-day operations was imperative. The half-day closure of all stores to engage in a company-wide discussion and bias training was the first step in this longer process of becoming more knowledgeable. The company admitted that it did not have a store or company-level solution this problem readily available and that a full understanding of it was only possible by drawing upon the recommendations of individuals from affected communities and those with expertise in implicit bias. Second, the event allowed Starbucks’ employees to understand how the company’s foundational values, such as its stated aim to be a warm, welcoming “third place” away from home and work, can provide guidance in rethinking particular policies affecting its customers.

Humility is indispensable when making complex decisions that affect the well being of diverse organizations. It is a virtue that is part and parcel of the holistic, nuanced judgment needed by ethical leaders. What’s more, humility itself creates a virtuous circle. It allows leaders to remain aware, listen to critics and remain open-minded, which, in turn, help cultivate an appropriate amount of self-awareness of one’s strengths and weaknesses. This only helps to fine-tune a habit of humility over time.

None of this suggests that humble leaders lack self-confidence or clarity of mind. Quite the contrary: humility is exactly the trait that allows leaders to build confidence and clarity about what to do based on greater perspicuity through more complete information and a grounding in the best available arguments. Indeed the case of Starbucks illustrates how confidence can be found within humility. Its leaders firmly believed that a moral wrong had been visited upon Robinson and Nelson and that this wrong was something incompatible with the values of the company. This level of decisiveness was possible through the admission that there were things they simply did not understand.

This essay was originally published by the Center for Leadership Formation in the Fall 2018 issue of Insights.